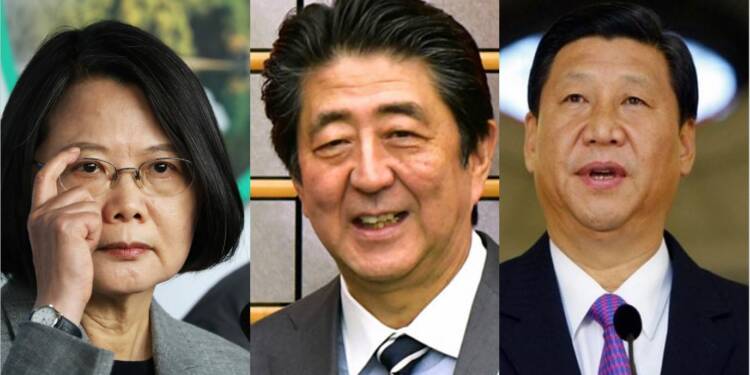 Chinese President Xi Jinping thinks that he is the most powerful person on the planet, but he can’t even handle a small island nation called Taiwan located in China’s backyard. Beijing can’t seem to handle Taiwanese pineapples. The paper “Dragon” waged a ‘pineapple war’ against Taiwan only to end up getting humiliated once again by the island nation.

Till now, China was the major overseas destination of Taiwanese pineapples. 11% of the pineapple production in Taiwan was directed almost completely towards exports to China. In the hope of punishing Taiwan and victimizing its farmers, China imposed a ban on Taiwanese pineapples on the flimsy allegation of a risk of “harmful creatures” that could damage China’s agriculture.

Taiwan is a major producer of pineapples. The tropical fruit has over 90 varieties in Taiwan, and the golden diamond pineapples are the most frequently grown variety in the island nation. Several varieties of pineapple grown in Taiwan have originated in different regions of the world like Southeast Asia, Hawaii, Brazil and Paraguay. Taiwan’s tropical and subtropical climate offers a very conducive environment for growing pineapples in the country.

With its ban on Taiwanese pineapples, China wanted to hurt Taiwan’s thriving pineapple sector. China’s surprise ban on pineapple imports was interpreted as an attempt to expose Taiwan’s vulnerabilities and undermine President Tsai Ing-wen’s standing with her political constituency. However, trade data has shown that China’s ban has failed to produce the desired effect. China’s ban has helped Taiwan become independent of China and forge a closer alliance with Japan, Beijing’s biggest rival in East Asia.

Shipments of Taiwanese pineapples to Japan have grown over eight times to 16,556 tons in the four months through June from a year ago. Taiwan’s pineapple farmers were worried about a major fall in prices after China’s ban on their produce. However, Japan rescued them when it mattered the most. For Taiwanese farmers, lack of access to the Chinese markets has become irrelevant. Japan has now replaced China to become the primary overseas destination for Taiwanese pineapples.

“Today’s snack is pineapples, and they look delicious.”

Abe’s tweet was seen as a symbol of support to the #FreedomPineapple campaign – a movement started by Taiwan after China stopped importing the Taiwanese product amidst the ongoing tensions between Taipei and Beijing. Taiwanese President Tsai Ing-wen herself tried to seize the opportunity. She responded to Abe’s tweet by saying, “Please enjoy the Taiwanese pineapples! If five aren’t enough, please do let me know and I’ll send you more pineapples anytime.”

Quite clearly, Abe’s ‘pineapple’ tweet was received well by the people of Japan, and they vindicated their former Prime Minister with heavy purchases of the tropical fruit cultivated in Taiwan.

Therefore, simply because of China’s desperation, pineapple is becoming a strategic commodity in Taiwan-Japan relations. Tokyo itself understands that empowering Taiwan is a crucial part of its security situation against the Chinese threat. Therefore, Japan is more than happy to support the pineapple farmers of the island nation claimed by China as a part of its territory.

When China waged the ‘pineapple war’, Taiwan was very clear about one thing; it won’t get bullied at the hands of the paper Dragon. Taiwan countered the Chinese ban on its pineapples with a social media campaign called “Save the Farmers”, which rallied Taiwanese locals in support of the farmers.

President Tsai Ing-wen took to Twitter and said, “Our pineapples are the world’s finest, & we are working to sell them to even more countries so everyone can enjoy delicious Taiwanese fruit. They are sure to put a smile on your face.”

Our 🍍 pineapples 🍍 are the world's finest, & we are working to sell them to even more countries so everyone can enjoy delicious #Taiwanese fruit. They are sure to put a smile on your face. pic.twitter.com/ghH7DfTUx2

Due to the social media campaigns supporting pineapple farmers and encouragement by the Tsai Ing-wen administration, local businesses decided to shore up their consumption of pineapples and back local farmers. Restaurants started adding pineapple to all sorts of dishes like shrimp balls, fried rice and beef noodle soup.

The growing domestic consumption has led to a 28% rise in pineapple prices in Taiwan between March and June. With growing domestic sales and increasing prices, it is again Taiwan’s pineapple farmer who is gaining big despite China’s desperate ban on the tropical fruit.