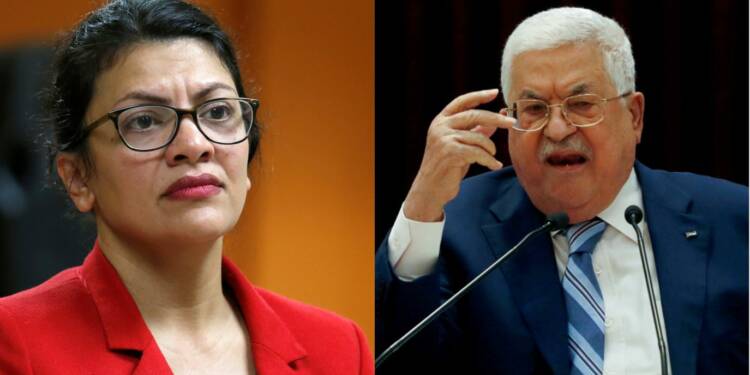 While it is often said that what goes around comes around, the latest set of actions against Rashida Tlaib by the Palestinian authorities and government add to the examples of the same. As per a tweet by journalist, Khaled Abu Toameh, according to a senior Palestinian source in Ramallah, the US congresswoman who slandered Palestinian President Mahmoud Abbas on social media is persona non grata in Palestine. Rashida Tlaib, a well-known anti-Israel activist, recently took to Twitter to condemn the Palestinian Authority. Tlaib’s rebuke came in reaction to a Twitter message from Avaaz, a US-based NGO that supports worldwide activism, appealing for the release of its Campaign Director Fadi Quran, who had been detained following a protest.

The US Congresswoman who smeared President Mahmoud Abbas on social media is persona non grata in Palestine, according to a senior Palestinian official in Ramallah.

However, after the statement and tweet by the congresswoman, it has come to light that the very person, who tried to establish herself as someone with roots in Palestine, thus become a prominent voice about Palestine in the USA, has been cancelled by the government of Palestine itself. Following the arrests of activists, a number of progressive Democrats including her, who have been at the forefront of advocating for Palestinian causes on Capitol Hill accused the Palestinian Authority of human rights violations and authoritarianism.

Earlier, according to a spokeswoman for the Dahlan-led Democratic Reform Current, Palestinian Authority (PA), security officials had arrested 49 Palestinians on suspicion of being linked with expelled Fatah leader Mohammad Dahlan. According to Dimitri Diliani, another 150 Palestinians have been detained or summoned for questioning by PA security personnel for the same reason. The PA crackdown on Dahlan supporters in the West Bank began during US Secretary of State Antony Blinken’s visit to Ramallah on May 25, he said. These actions prove that while Hamas would want to unseat Abbas, he will not relent so easily.

To think that, at a time when the West Bank government under Abbas is trying to keep its hold on the region and not letting Hamas make political gains, he will take the comments by a US congresswoman lightly is childish. According to The Times of Israel, the Palestinian Authority arrested at least 23 demonstrators in Ramallah on August 21, with additional arrests expected. The protesters demanded that the PA take responsibility for the death of Nizar Banat, a vocal critic of the PA who died in PA custody in June.

Palestinians face enough danger and oppression without their own government imprisoning them simply for peacefully protesting police brutality.

I stand with @Avaaz and others calling for the #PalestinianAuthority to free @fadiquran and other #humanrights activists immediately. https://t.co/hvoIAXv7RN

It was in this regard that made the Palestinian authorities mark her as persona non grata, banning her from any possible entry into the country going ahead. It seems some sort of karmic justice, as she has been using the problems in Palestine to support Hamas and influence the decisions of the US administration.