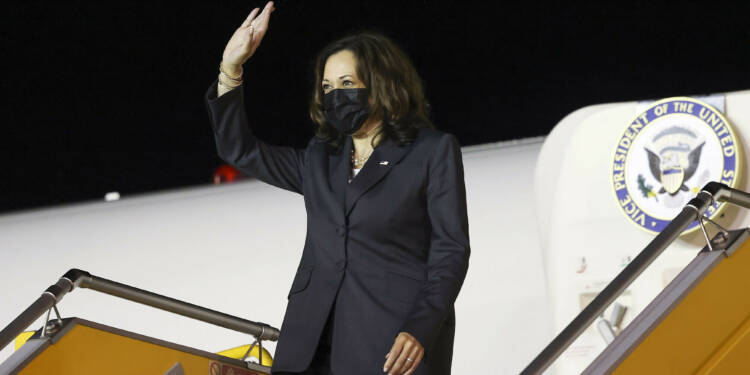 Kamala Harris just ended another lacklustre State visit. First, Kamala faced a lot of embarrassment on her visit to Latin America in June and now she has once again failed to impress during her Southeast Asia visit. But Kamala’s Southeast trip wasn’t all about the US Vice President’s inability to impress upon regional leaders.

Kamala’s trip to Singapore and Vietnam also exposed the susceptibility of American officials to an unknown medical condition called “Havana Syndrome”. There is not much evidence to suggest who is responsible for a spate of health incidents involving American diplomats, officials, spies, and their families since 2016. However, the latest round of Havana Syndrome during Kamala’s Southeast Asia visit does point fingers at China.

For the unversed, Havana Syndrome is a mysterious illness that has sickened hundreds of American diplomats with severe headaches, nausea, and possible brain damage. It is believed to be caused by a sustained attack through electronic weapons. There are several theories surrounding Havana Syndrome from the use of ‘microwave’ weapons ultrasound, poison, and even a reaction caused by crickets.

The mysterious illness first appeared in Cuba, which led it to be called the “Havana Syndrome”. Later, scores of US diplomats and officials faced similar illnesses in China, Germany, Australia, Taiwan, and even Washington, DC.

Till now, there is not much clarity about the source of “Havana Syndrome” attacks. The Trump and Biden administration officials suspect the involvement of Russian intelligence, but there is no evidence to back such claims. In any case, the old US bureaucracy and the liberal mainstream media have a tendency of blaming Russia for everything that goes wrong in the United States and therefore this version doesn’t hold much credibility.

However, the latest incident reported by the US Embassy in Hanoi was different. It was the first such incident that delayed a foreign trip by US Vice President for several hours. The US Embassy claimed there was a case involving “acoustic incidents”, raising suspicions that Kamala might have been a target of the Havana Syndrome.

Former CIA operative Marc Polymeropoulos, who is himself a victim of the Havana Syndrome in Moscow in 2017 said, “It would seem to me that our adversaries are sending a clear message that they are not only able to get at our intelligence officers, diplomats and US military officers… This is a message that they can get at our senior VIPs.”

Ultimately, Kamala did reach Hanoi, but the US State Department disclosed that it was probing a case of what the US government described as an “anomalous health incident (AHI)”.

Actually, Kamala’s late arrival in Hanoi does give s strong clue as to who could have orchestrated the latest incident involving the Havana Syndrome.

Consider this- Kamala’s arrival in Hanoi was delayed by three hours. In the meanwhile, the Chinese Ambassador to Vietnam held a surprise meeting with Vietnam’s Prime Minister Pham Minh Chinh. During the previously unannounced meeting, Chinh thanked the Chinese Ambassador for a donation of 2 million Covid-19 vaccine doses.

In an even bigger shock to the US, the Vietnamese Prime Minister also told the Chinese Ambassador that Vietnam doesn’t take sides in foreign policy. So, we are quite sure about one thing- China capitalised upon Kamala’s late arrival in Hanoi and that too in a seemingly premeditated manner.

If there is any clear beneficiary of the “Havana Syndrome” incident during Kamala’s Southeast Asia visit, it has to be China. No matter how staunchly the US liberal media attributes the mystery illness to Russia, the fact remains that Moscow has no interest in harming American diplomats in Southeast Asia. Beijing is the only power that harasses Washington’s allies in Southeast Asia.

Moreover, China does possess “new concept weapons” including kinetic-energy weapons and directed-energy weapons such as lasers, microwaves, electromagnetic pulses or particle beams. Such weapons can be used to perpetuate health conditions like Havana Syndrome that have targeted dozens of American officials in different parts of the world.

In any case, China doesn’t maintain any ethics code in warfare. Beijing believes in waging asymmetric warfare in order to avoid meeting the superior American military firepower directly. This is what could have easily instigated China to stage a sabotage attempt during Kamala’s Vietnam visit.