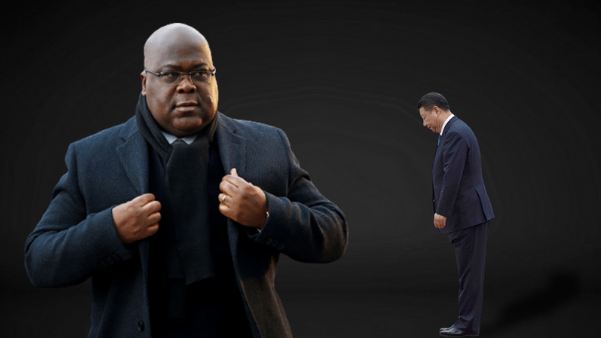 Chinese President Xi Jinping had a special dream- colonising the African Continent. This is why many of Xi Jinping’s flagship Belt and Road Initiative (BRI) projects have been rolled out in Africa. However, Jinping’s African dreams are being brought to a grinding halt by the Democratic Republic of Congo (DRC).

Chinese investments in the DRC are in significant danger. The Congolese President is an anti-China hawk and is pushing for a review of Chinese mining operations in his country. The Congolese locals too are pushing back against exploitative Chinese investments and are literally hounding, abducting and chasing away the Chinese. Meanwhile, the growing anti-China sentiment in the DRC is also forcing the government to take more coercive measures like suspending operations of some Chinese companies.

Why DRC is important?

In terms of minerals and resources, Congo is indispensable for China or any other superpower. The sub-Saharan African country supplies over 60 per cent of the world’s reserves of cobalt ore. Cobalt is an extremely important mineral used in electric vehicle (EV) batteries and the portable consumer electronics industry.

For a country like China that wants to assume leadership in the EV industry, access to cobalt reserves in the DRC is absolutely necessary. In fact, China is the biggest importer of cobalt and buys about 95,000 tonnes of the strategically crucial metal every year. Several Chinese companies like Huayou Cobalt, Chengtun Mining, Wanbao and CNMC presently operate in Congo.

Why is China facing trouble in DRC?

Military spokesman Jules Ngongo said that the three Chinese men working along with many others for a Chinese mining company may have been abducted by militiamen of an armed group called Codeco.

Codeco is short for the Cooperative for the Development of the Congo. It is one of the dozens of armed groups active in the region and claims to defend the Lendu ethnic group.

Codeco may be an armed group, but its actions of allegedly kidnapping Chinese nationals reflects how anti-China sentiment is building up in the Democratic Republic of Congo. Congolese locals are getting seriously apprehensive of embezzlement of Congolese natural resources by Chinese mining companies.

Local authorities in the DRC have reportedly closed six mining companies in South Kivu. The explanation behind the sudden decision is to ease tensions between Congolese locals and Chinese gold miners.

The decision to suspend operations of six mining companies was taken by Governor Theo Ngwabidje Kasi for the territory of Mwenga. AFP quoted Christian Wanduma, a lawyer advising a local affected community as saying, “Minerals are being exploited without respecting the mining code and regulations.”

Wanduma called the decision to suspend mining operations a “salutary” one. However, Congolese locals want more action from their government against the Chinese corporate interests. The activist lawyer said that there must be some other measures for ensuring that the community whose “mineral resources have been plundered” can “regain its rights.”

Wanduma explained that mining operations by some companies have resulted in agricultural land being razed and depleted. He added that now “even peanuts” cannot be grown there.

AFP reported that Governor Kasi’s decree issued on Friday stated that the decision to suspend mining operations of six Chinese companies was “necessary to restore order to semi-industrial mining” to preserve “the interests of the local population, the environment and respect for human rights”.

The case is under investigation by us, too. Once confirmed, I will push Chinese related authorities to impose punishment in accordance with the law. We will not just suspend the companies' operations, but ask them to stop the relevant business in South Kivu province.

Peng added, “The case is under investigation by us, too. Once confirmed, I will push Chinese related authorities to impose punishment in accordance with the law. We will not just suspend the companies’ operations, but ask them to stop the relevant business in South Kivu province.”

China is purportedly mulling strict actions against the Chinese companies to save its own face. This is a part of Beijing’s attempts to repair its damaged image in the Democratic Republic of Congo. However, this is unlikely to impress upon the Congolese government or locals.

In May, DRC President Felix Tshisekedi had said that some mining contracts could be reviewed because of concerns that they were not sufficiently benefitting his country.

Now, DRC Finance Minister Nicolas Kazadi has told Reuters that the Congolese government is reviewing its $6 billion “infrastructure-for-minerals” with Chinese investors as a part of its bigger plans to review mining contracts.

In an interview, Kazadi also said that a 2007 deal struck with Chinese state-owned firms Sinohydro Corp (SINOH.UL) and China Railway Group Limited was also being reviewed by the DRC government. The DRC government wants to find out if the 2007 deal was “fair” and “effective”.

Kazadi said, “We saw that there were some governance issues in the past.” The Congolese Finance Minister added, “We needed more clarity on the contract, the kind of finance that is behind (the) investment.”

So, China is being literally kicked out of the Democratic Republic of Congo. The Congolese locals, armed groups and government are joining hands to push Chinese interests and companies out of the African country.

As predicted by TFI, Russia and US come together on cyber security and their target is China