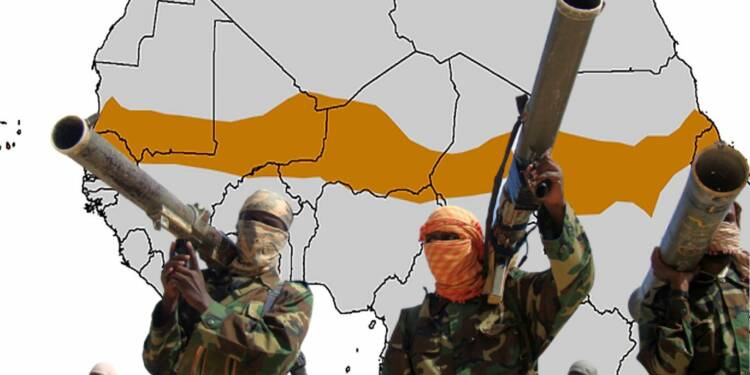 What does someone think of Africa instinctively? What is the general perception about Africa? A hot continent, home to expansive deserts and lots of countries whose names not many know about? Poverty, disease, violence, instability – these are all terms which one associates with Africa, unfortunately. Africa is large, and it has natural reserves which cannot even be quantified. If Africa were to become stable and work as a cohesive bloc to eliminate poverty by embracing a developmental trajectory, it would become a formidable continent that might not be in the best interest of the current world powers that be. Countries like the United States, Russia, China and also the EU bloc benefit by keeping Africa embroiled in conflict.

However, Africa has become something which it should never have been anywhere close to. Today, Africa has become a den of violent Islamism. Islamist extremism is not flourishing in any part of the world as much as it is thriving in Africa today, particularly in the transitional Sahel region, where tropical Africa merges with a Saharan landscape. Located in the immediate South of the Saharan Desert and lying North to Tropical Africa, the region stretches East-West across Africa.

Some of the most disturbed countries of Africa are found here as the Sahel region of Africa includes Senegal, Mauritania, Mali, Burkina Faso, Algeria, Niger, Nigeria, Cameroon and the Central African Republic, Chad, Sudan, South Sudan, Eritrea and Ethiopia. Incidentally, these are also countries where radical Islamism thrives, and where violent militias have made life miserable for ordinary people. Terrorism is now beginning to spread across Africa, and the world should begin worrying. Violent Islamist militias gaining control over Africa can have global consequences, none of which are positive. 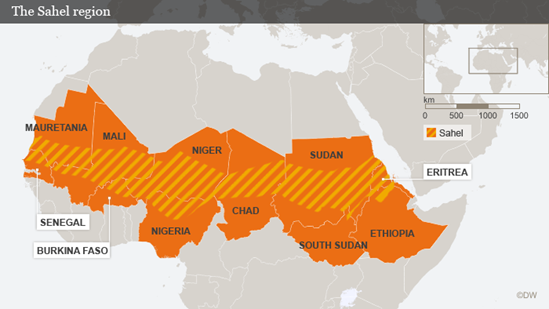 Innumerable violent Islamist groups have sprouted in Africa. Their agenda is very clear – the spread of the Islamic caliphate first across Africa, and then, around the world. Jama’at Nusrat ul-Islam wa al-Muslimin, for instance, is a militant jihadist organisation in the Maghreb and West Africa and is often considered an offshoot of the Al Qaeda in the region. It is most active in Mali, although it also has a presence in Algeria, Mauritania, Tunisia, and other countries.

Does the Islamic State require any introduction? The group, which has earned a reputation for having the most radical Islamist agenda and which does not shy away from beheading anyone at the drop of a hat has ravaged Syria, Iraq, and other countries. At its zenith in 2015, it held an area extending from western Iraq to eastern Syria, containing an estimated eight to twelve million people. Around the same time, IS was estimated to have an annual budget of more than US$1 billion and more than 30,000 fighters. IS draws recruits from the world over, as it does not fight on the basis of nationalities or for grabbing power in a particular country. The IS’ objectives are global. Was the world prepared to deal with the IS threat prior to 2014? Is it prepared to handle its resurgence from Afghanistan now? Absolutely not.

Al-Qaeda in the Islamic Maghreb, meanwhile, is an Islamist militant organization (of al-Qaeda) that aims to overthrow the Algerian government and institute an Islamic state in its place. Boko Haram, on the other hand, is wreaking havoc in Nigeria. It is also active in countries like Chad, Niger, and Cameroon. The group has been known for its brutality, has killed tens of thousands of people, in frequent attacks against the police, armed forces and civilians. It has displaced 2.3 million from their homes, and this is just a conservative number.

Founded in 1928, the Muslim Brotherhood’s self-stated aim is the establishment of a state ruled by Sharia law – its most famous slogan worldwide being: “Islam is the solution”. The Muslim Brotherhood is indeed transnational, and as an end goal, wishes to establish radical Sharia and Islamic law over a vast state, or perhaps, even the whole world. The Arab Spring protests in 2011 were mainly orchestrated by the Muslim Brotherhood, with the backing of the Obama administration in Washington. The organisation is most active in Egypt, although it has a pan-North Africa influence.

Al-Shabaab is also a jihadist fundamentalist group based in East Africa and Yemen. As one of Iran’s many regional proxy militias, Al Shabaab has a disgust for Sufi traditions. The al-Itihaad al-Islamiya is based out of Somalia and aims to return to power in the impoverished African country by following a fundamentalist and violent jihadi campaign. The Moroccan Islamic Combatant Group spawned in Afghanistan during the tenure of the Taliban from 1996 to 2001. However, it is active all the way from Afghanistan to Morocco, Algeria, Western Sahara, Mauritania, and other countries.

The Gamble of Superpowers

Most African militia and terror groups have links with Al Qaeda, which makes them a natural enemy of the United States. With the exception of the Muslim Brotherhood, the US has hostile ties with almost all African militias. That makes these groups, except the Islamic State, of course, aligned to countries like Russia, China and needless to say, Iran.  France, meanwhile, a major stakeholder in Africa which had extensive colonies in the continent not very long ago is pursuing its own interests in the region.

Afghanistan has taught the world one lesson. It is to never discount the possibility of terror groups resurging and shaking the very ground from below your feet. The urge to exploit Africa and to use it as a geopolitical battleground has plunged the entire continent into the mouth of violence. Africa has a plate full of its own troubles, and the world’s powers fighting each other using the continent has only exacerbated Africa’s woes.

Sandwiched between the Christian South and Muslim North is the Sahel region straddling the African continent, something that is also the main factor that fuels religious and social unrest in the region. While Northern Africa is heavily Islamic in nature, consisting of 400 million Muslims, Southern Africa is heavily Christian composed, with at least 500 million Christian adherents. Within the Sahel, a sizable population of Christian and Islamic adherents- 21 per cent and 15 per cent respectively make the region a prolific ground for religious and social strife.

A classic case portraying the religious strife of Sahel was put on display with the partition of Sudan in 2011 into two parts, a Muslim dominated North Sudan, and a Christian dominated South Sudan. South Sudan, needless to say, is much more well to do than its northern counterpart.

Africa has turned into a hot mess of violent religious extremism right before the modern, democratic, and free world’s eyes. Today, the conflicts of the Sahel region are beginning to trickle down South. The Horn of Africa is already witnessing a spike in tensions. The future looks bleak for Africa, and the rise of Islamist violence promises to only plunge the continent into a spiralling era of destruction.