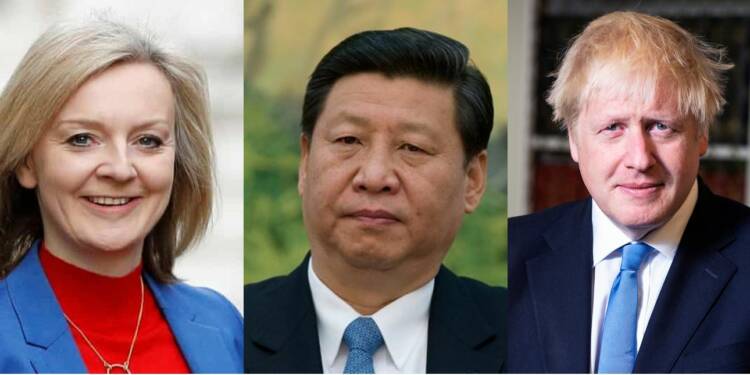 The Afghanistan debacle has left policymakers scratching their heads, and as the criticism mounts, Boris Johnson has reshuffled his cabinet. After Boris Johnson demoted Dominic Raab to Justice Secretary in the aftermath of the Afghanistan crisis, Liz Truss was appointed as the UK’s new Foreign Secretary, the first woman to hold the position in more than a decade. Truss is a free marketeer and is popular among Conservative circles. She had been Secretary of State for International Trade since 2019.

As part of a wide-ranging reorganisation of Johnson’s top team, Raab was given the justice ministry but was also given the position of deputy prime minister as a sweetener while Liz Truss replaced him from his previous position. This should come as bad news for China as her policy perspective is highly critical of recent actions by the Chinese Communist Party. This decision seems to have addressed the issue of taking on China in terms of tangible policies and not just the show of military bravado once in a blue moon. Given Australian Prime Minister Scott Morrison used similar methods of implementing policies that can hurt China, it seems that British PM too is taking a leaf out of his book.

Liz Truss is a competent negotiator and has completed a number of post-Brexit trade deals with countries around the world and is popular with Conservative Party members.

Truss’ transition from a China dove to a China hawk.

Liz Truss visited Beijing and Shanghai in 2015 as Secretary of State for the Department of Environment, Food and Rural Affairs, promoting British industries and business in the country. Many of her inquiries in Parliament at this time period reference developing business ties with China.

However, with China under Xi Jinping becoming more and more aggressive while also becoming inconsiderate to the reservations of the international community; her views too changed vis a vis China. And as a free-market proponent, her criticism of CCP has intensified with every passing year.

Earlier, On July 24, 2019, Truss was named Secretary of State for International Trade and President of the Board of Trade. She looks to have been increasingly hawkish about China since then, at least publicly. Someone appears to have advised her on supporting efforts such as the genocide amendment to the Trade Bill at the start of the year, which went against Downing Street’s wishes.

She has been particularly critical of China’s involvement on the international scene, arguing that the WTO should be harsher on the country. Her recent comments relating to China are the best exhibit of the same.

At a Politico event: “We believe in trade as a force for good and of course, we continue to trade with China. It’s an important market for exports. There is Chinese investment in the United Kingdom. I think the key thing is about not becoming dependent and making sure that we have a multitude of trading partners.” Truss said China had been guilty of “forced technology transfer, IP violations or unfair industrial subsidies that haven’t been transparently declared,” and said World Trade Organization reform was now needed to make its “rules tougher” and restore faith in free trade.

Latest appointment and what can be expected

In terms of the trade deals and the post-Brexit attempt to establish greater Free Trade Agreements. An official close to Truss said, “Liz is all over the detail like you wouldn’t believe. She knows the detail of negotiations inside out. She’s the driving force behind our trade policy and that comes from having a really firm grip of detail but with a strategic vision underpinning it all. Just because she’s good at communicating doesn’t mean she’s not a details person.”

Delighted to be appointed Foreign Secretary and lead @FCDOGovUK

🌎 Working with allies to tackle the greatest global challenges
🌎 Promoting a positive, outward-looking #GlobalBritain
🌎 Ensuring our foreign policy delivers for people across 🇬🇧

Ms Truss, who was born in Scotland and raised in Leeds, studied philosophy, politics, and economics at Oxford University, where she served as president of the Liberal Democrats until joining the Conservative Party in 1996. She was a local councillor in Greenwich before becoming the MP for South West Norfolk in 2010. She is a qualified management accountant.

Liz quickly rose through the ranks of the Department of Education to become a junior minister, then environment secretary, and finally justice secretary under Theresa May, the first woman to occupy the role. The minister has since negotiated post-Brexit trade deals with multiple countries, the first major one being Japan.

And now with the latest appointment, we can expect a foreign office that will take a more critical approach towards China’s participation in WTO and the subsequent revamping of the institution. This should send chills to Xi Jinping who has been facing the heat of the Indo-pacific quad country’s reinforced containment.

In such a situation the fact that Johnson has learnt from his Australian counterpart Scott Morrison, who was able to take on China and successfully defeat in the trade war by a combination of diplomacy and specific policies targeting China, means that Beijing needs to be scared of the modus operandum as UK’s actions can hurt China quite literally.