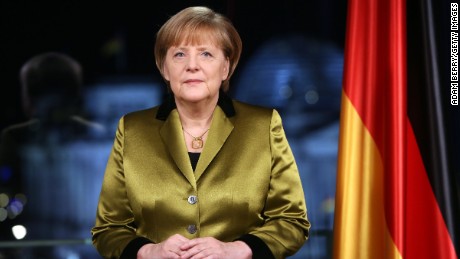 Germany under the leadership of Chancellor Angela Merkel has become a torchbearer of human rights. However, the latest reports paint an entirely different picture and go on to show that their support for the asylum seekers and people running away from atrocities is selective. While the German leader preached volumes on the importance of providing shelter and supporting asylum seekers, but in her own country, she has left a Chinese dissident vulnerable for the Chinese Communist Party to take her back and punish her for her bravery.

Mao Xinxin is an activist who has been critical of the Chinese Communist Party and has been seeking asylum in Germany as soon as she arrived in the country’s but has not been successful in the pursuit. And now as she is being hounded by the Chinese government, Berlin seems to be not at all concerned.

After her plea for political asylum was denied, Mao, who hurled eggs at Vice President Wang Qishan’s motorcade during his 2019 trip to Germany faces compulsory repatriation, as reported by RFA. She added that the order did not say how long she was permitted to remain in Germany but just that the repatriation order takes effect on Sept. 17. These statements by her and the helplessness she is facing while being in Germany goes a long way to show that her support for free speech ends with the reservations of the Chinese Communist Party.

The directive was given notwithstanding an incident on May 31, 2019, when Mao and other Chinese dissidents in exile threw eggs and screamed “Down with the Chinese Communist Party (CCP)!” as Wang and his entourage visited the Chancellery in Berlin. Before being released, they were detained and questioned by German police.

Angela Merkel has preached a lot in the past couple of years to the leaders of the world how to be a torch bearer of humanity. However, as soon as the subject matter got related to China, all the sermons went to the bin, and she just looked the other way. The sad part is the Chinese dissident believed in those sermons and is now finding them to be just shallow statements.

After attempting to stage a public remembrance of the June 4, 1989, Tiananmen Square massacre in 2016, Mao was briefly detained by state security officials and placed under observation.

Her determination to escape China grew as a result of the encounter. She arrived in Germany on a tourist visa three years ago and sought for political asylum right away, but the process proved to be lengthy. And till now she has not been given asylum, while the German authorities seem to have no regard for her safety and are willing to surrender to the CCP shamefully.

How a Trump 2.0 could witness Pakistan’s bifurcation that would render China’s BRI completely paralyzed