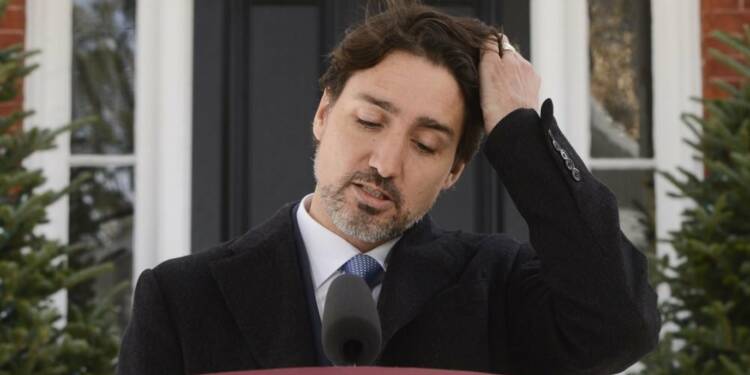 In August, an overzealous Justin Trudeau, enamored by himself and his handling of the Covid-19 pandemic in Canada, called for the conduct of snap elections on September 20, two years ahead of the slated general elections scheduled for October 2023. The liberal Canadian Prime Minister was of the firm belief that he would, banking on his handling of the pandemic and distribution of largesse to Canadians, emerge victorious in the aftermath of the snap polls. However, soon after he announced premature elections last month, his ratings and fortunes have nosedived and currently, the liberals and conservatives are in a neck-to-neck fight to form the next government in Canada.

In mid-August, when the election was called, the Liberals were well ahead of the Conservatives in opinion polls and seemed headed for an easy victory. That quickly changed and the Liberals spent weeks trailing the Conservatives in the polls before edging back ahead in recent days. However, Justin Trudeau is simply not in a position to form an overwhelming government. The conservatives have, in a matter of just one month, mounted an unprecedented offensive against Liberals. Canadians seem inclined to vote conservative this time around, and Justin Trudeau has nobody but himself to blame for the debacle.

Ever since the onset of the pandemic, Justin Trudeau’s government has not been held accountable by the Canadian parliament, mainly because the seat of democracy in the country has remained shut.  As such, Trudeau has been able to evade accountability like no other Canadian prime minister ever has. Over the past few months, Trudeau has splashed billions of dollars as part of his Covid-relief programme, costing the Canadian exchequer, an ambiguously large amount of money.

Now, Justin Trudeau leads a minority government. He knows very well that his Covid-relief package has discrepancies, for which the opposition will take him down. Canadians too, will realize through parliament, that they have been scammed in the name of Covid-19 relief. This would severely damage Trudeau’s political career in the long term. So, in order to insulate himself from a massive scandal that has come to stare him in the face, Trudeau announced snap elections, with the hope of winning a solid mandate to help him cover his tracks for the next four years.

Justin Trudeau experienced a bit of a high last month, in purely electoral and political terms. However, that glory was short lived, giving Justin Trudeau a run for his money right after the announcement of snap elections. The fact is that Canadians did not want elections right now, yet, Trudeau forced them to participate in one. This will have immediate negative consequences for the liberals. Additionally, Justin Trudeau’s brazen inclination towards China has not been given a miss by anyone.

The two Canadian nationals – Michael Spavor and Michael Kovrig continue to remain under arrest in China. Trudeau has failed to ensure the safety of Canadian citizens, and the sentiment against him on the ground level is much more palpable than the liberals would want to believe. Meanwhile, as reported previously by TFI, documents have revealed Trudeau had invited the Chinese People’s Liberation Army, that is, the PLA, to conduct cold-weather training with the Canadian Military Forces back in 2019. However, the training with China’s People’s Liberation Army was cancelled by Chief of Defence Staff Jonathan Vance amid concerns that Beijing could use the trip to glean information from Canada.

Read more: Trudeau inherited a rich Canada and turned it into an economic mess in just 6 years

As a matter of record, Canada’s economy is at its worst since 1961. Canada’s GDP contracted by 5.4 per cent in 2020, which is quite a catastrophe even in the background of the pandemic-induced downturn. In a matter of just six years, Trudeau has done some unprecedented damage to the Canadian economy. Canadian GDP growth declined sharply and the GDP per capita growth went down to 2.7 per cent in Canada, as compared to 6.3 per cent in the US. Even during the Pandemic, Canada’s economy shrank almost twice as much as the US economy did, even though the United States of America recorded more COVID-19 cases per capita.

These factors, and a variety of other issues promise to spell doom for Liberals and Justin Trudeau. In the hope of winning a solid four-year long term, Trudeau announced snap elections, thus sacrificing his remaining two years in office as Prime Minister of the current term. However, Trudeau’s efforts are about to go in vain, as the NDP begins stealing its votes, while the Conservatives consolidate their support amidst a breakneck tie with the liberals. Basically, Trudeau has paved the way for his ouster, and the Conservatives seem well poised to ride to power in Canada.