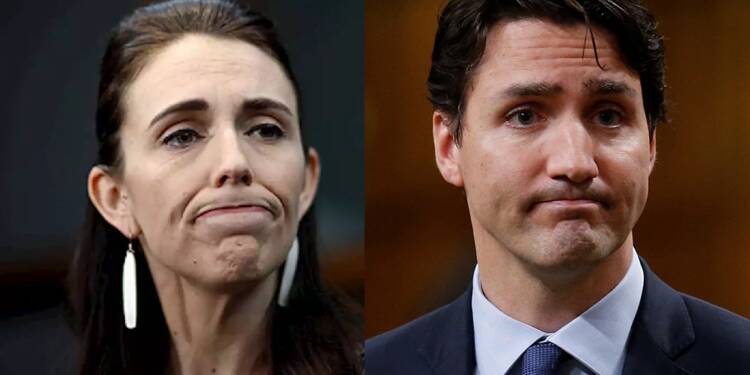 When the US, UK, and Australia announced the AUKUS security pact on the 15th of September, not only Beijing, but Wellington and Ottawa felt the heat as well.

The AUKUS is not just about the nuclear propulsion technology but also the intelligence-sharing arrangement. The triad will share cyber and artificial intelligence, along with sophisticated military intelligence. New Zealand and Canada will remain out of this arrangement. 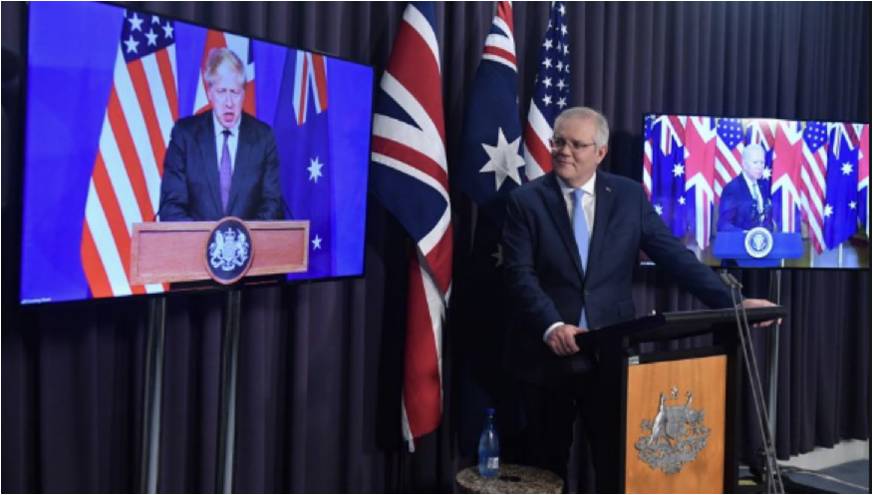 The exclusion left the military officials in Ottawa red-faced. They were shocked because of two reasons; they had no idea about the security pact beforehand, and they were not a part of it. After all, New Zealand and the US are supposed to be allies. They are members of NORAD, the joint air defence of North America; they are NATO members with the British and Americans; and most importantly, they are members in the Five Eyes intelligence network.

Similarly, the AUKUS has stirred a debate in New Zealand about the status of their relationship with the US. Some say New Zealand is not an American ally but a friend. Though Prime Minister Jacinda Ardern seems unfazed; however, her tranquility is not shared by the defense experts over there. The Naval warfare experts say the AUKUS will put them in a more vulnerable position against China.

AUKUS: a setback to Canada and New Zealand

The AUKUS is a parallel arrangement to the Five Eyes intelligence group. New Zealand and Canada have been downgraded without being stated. But is it not their own making? The world had seen it coming. The Five Eyes intelligence-sharing group is supposed to be anti-China, and the two countries would just never shed off their love for China. Canada and New Zealand remained compromised and confused vis-à-vis their stance regarding China’s illicit trade practices and human rights abuses in Xinjiang and Hong Kong.

Canada’s refusal to stand up against China

Take Canada, for instance, Trudeau seems to be highly comfortable in countering China. He and his entire cabinet went as far as abstaining from voting on a motion in the Canadian Parliament titled, “Uighurs in China have been and are being subject to genocide”. Trudeau simply doesn’t want to admit that the Chinese Communist Party (CCP) is a murderous and violent regime. He keeps cooperating with China even though China dupes and blackmails Canada every single time.

Read More: Trudeau may be a China lover but Canadians trust China the least in the world

In 2019, Trudeau had invited the Chinese People’s Liberation Army (PLA) to conduct cold-weather training with the Canadian Military Forces. The training proposal, however, couldn’t materialise because the Canadian Armed Forces cancelled it. So, Trudeau might be naive enough to cooperate with China even in critical sectors like defence and military training. Canada has also allowed the Chinese shady telecom company Huawei to operate freely in the country, which could be the other reason for Canada’s exclusion.

New Zealand, too, failed to show some promises

The New Zealand story is no different. New Zealand has always been the weakest link among the Five Eyes alliance. Owing to the massive Chinese influence on the country’s trade and economy, New Zealand has never dared to call out China’s illicit trade practices or its oppressive regime in Xinjiang and Hong Kong. The trade to China accounts for 28% of New Zealand’s overall exports. Chinese tourists spend nearly $1.7 billion annually in the country. International education is a $5bn industry for New Zealand, and Chinese students make up about 47% of international students in New Zealand’s universities. The same over-dependence is stopping the Jacinda Ardern administration to openly call out Chinese belligerence, making the country the least trusted ally in the group of Five Eyes.

Instead, New Zealand had once preached Canberra against devising an ‘offensive campaign’ against Beijing and asked it to resort to diplomacy for mending its ties with China. The Jacinda Ardern administration’s allegiance towards the CCP has become evident on innumerable occasions. New Zealand had categorically denied labelling Chinese activities in the Xinjiang region as “genocide”, the term widely used by western countries to condemn Chinese treatment of Uyghur Muslims. The country’s ruling party agreed to pass an anti-China motion condemning China’s activities in Xinjiang only after the “genocide” word was replaced with much toned down “Human rights abuses”.

The message is clear: It’s time to choose sides

So, Canada’s and New Zealand’s disbarring from the intelligence-sharing network is an expected and warranted move. The AUKUS is a message from the democratic world to the democratic countries in bed with China. It’s time to choose sides. Either you are with us or our rivals. Either it is black or white. The fences have been diminished.