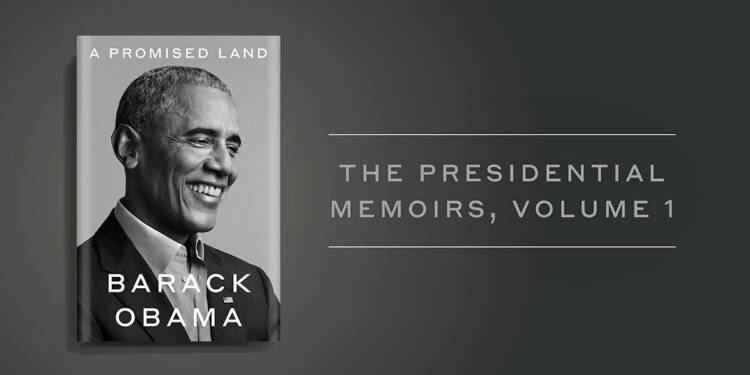 What is A Promised land?

Everyone is asking What is A Promised Land? Well As the country’s first black president, Obama saw his own life as a demonstration of the end of an ideological age. In his new memoir, A Promised Land, in which he describes his tumultuous first two years in office, Obama remembers the height of his campaign more as a wish than an expectation. So the answer is A Promised Land is a book or memoir written by the Barack Obama.

Seeking to establish himself as a champion of what he believed was right, he won the nomination despite the difficulties detailed in part of the book, setting the stage for a run against John McCain in the Republican primary for president. Given the need to address the many other questions that remain from the first volume, the memoirs do not seek to defend themselves or correct the times when others refused to listen, but to give a broader view of the events as they were seen then.

What is A Promised Land – Key aspects to know

This memoir by Barack Obama that documents Obama’s life from his early years to the events surrounding the death of Osama bin Laden in May 2011. In addition to chronicling Obama’s life from his youth in Hawaii to his many meetings in the Oval Office and the implementation of world-changing strategies, the book also submits Obama’s concerns about the future of politics and his cautious optimism about the future of the United States and the world. The book continues to focus on Obama’s personal and political life, starting with his early life, through his first campaign and most of his first term as president.

It also is about his presidency, his entire career, and it tells a moving story. He tells the story of an unlikely young man in search of his identity as leader of the free world, details of his political education, historic moments during the first term of his historic presidency and periods of dramatic change and turbulence.

In his memoir A Promised Land, his humility is clearly shown about receiving the Noble prize, when he states “For what?” He considers his public image to be over-inflated. Obama’s consideration is obvious to anyone who has watched his political career.

Obama also mentions his interaction with Indian leaders and describes their personality based on his understanding. He describes Indian National Congress leader Sonia Gandhi as a “shrewd” person with “forceful intelligence”. With his understanding and portrayal about another leader from the same party, Rahul Gandhi, few members of the party were taken aback. He describes his interaction with Rahul Gandhi by stating “Rahul Gandhi has a nervous, unformed quality about him as if he were a student who’d done the coursework and was eager to impress the teacher but deep down lacked either the aptitude or the passion to master the subject,”

About the former Prime Minister Manmohan Singh he describes “as a chief architect of India’s economic transformation” and “a self-effacing technocrat who’d won people’s trust not by appealing to their passions but by bringing about higher living standards and maintaining a well-earned reputation for not being corrupt.”

His remark on the future of Congress party left the opposition ecstatic as he wrote “Would the baton be successfully passed to Rahul, fulfilling the destiny laid out by his mother and preserving the Congress Party’s dominance over the divisive nationalism touted by the BJP?”

Obama’s remarkable journey throughout his life and his term as President of the United Sates has been nothing but prodigious and inspiring, especially to the Black community in U.S.A. His work has not only motivated his community to fight for themselves, but also has played an integral role in the development of their country. His understanding of India and Indian leaders have left clutter in our country.

Although his understanding about few leaders has been appropriate the remark about the divisive nationalism by the current government shows Obama’s lack of knowledge about the prevailing situation in the country about threat to majority from the peaceful minority and vaguely puts forth his stand in the Indian politics. We hope you have got your answer that what is A Promised Land and why you should read this?