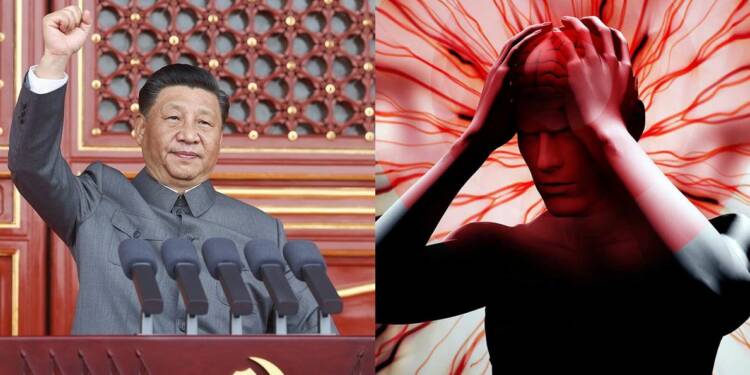 The international geopolitical game is played on multiple fronts and one of them is the intelligence arena. While the bloodiest battles are fought by the military, the intelligence wing of any country deals with the world beyond civilisation that hides behind the dark, and thus its employees are susceptible to immense danger. According to three persons familiar with the situation, when CIA Director Bill Burns travelled to India earlier this month, a member of his team experienced symptoms similar to Havana syndrome and needed medical attention.

The US and the Havana Syndrome

The mysterious illness first appeared in Cuba, which led it to be called the “Havana Syndrome”. Later, scores of US diplomats and officials faced similar illnesses in China, Germany, Australia, Taiwan, and even Washington, DC.

Till now, there is not much clarity about the source of “Havana Syndrome” attacks. The Trump and Biden administration officials suspect the involvement of Russian intelligence, but there is no evidence to back such claims. In any case, the old US bureaucracy and the liberal mainstream media have a tendency of blaming Russia for everything that goes wrong in the United States and therefore this version doesn’t hold much credibility.

However, the earlier incident reported by the US Embassy in Hanoi was different.

It was the first such incident that delayed a foreign trip by US Vice President for several hours. The US Embassy claimed there was a case involving “acoustic incidents”, raising suspicions that Kamala might have been a target of the Havana Syndrome.

The agencies get to work & Biden’s Russia obsession

The episode, according to one source, sounded alarm bells across the US government and left Burns “furious.” Several CIA officials interpreted the horrific encounter as a direct warning to Burns that no one is safe, including those working directly for the nation’s top spy, according to two individuals.

The mysterious illness has been recorded for the second time in less than a month.

The US government is “pursuing multiple lines of effort” to investigate the Havana syndrome, a CIA spokesperson said. The spokesperson added that one of those efforts is led by ODNI and CIA officers as well as the outside scientific community “to work collectively to increase our understanding of the possible mechanisms that could be causing AHIs.”

The evidence is not enough to place the blame entirely on one entity, however, knowing Biden it is not a surprise if he makes Russia the main villain while the real one will be giggling in hiding.

If there is any clear beneficiary of the “Havana Syndrome” incident during Kamala’s Southeast Asia visit, and the latest incident with respect to the visit to India, it has to be China. No matter how staunchly the US liberal media attributes the mystery illness to Russia, the fact remains that Moscow has no interest in harming American diplomats in Southeast Asia. Beijing is the only power that harasses Washington’s allies in Southeast Asia.

Moreover, China does possess “new concept weapons” including kinetic-energy weapons and directed-energy weapons such as lasers, microwaves, electromagnetic pulses, or particle beams. Such weapons can be used to perpetuate health conditions like Havana Syndrome that have targeted dozens of American officials in different parts of the world.

In any case, China doesn’t maintain any ethics code in warfare. Beijing believes in waging asymmetric warfare in order to avoid meeting the superior American military firepower directly. All in all, China is possibly jeopardizing foreign visits by the US officials through Havana syndrome while Biden conveniently blames Putin and stays away from the facts on the ground.