By setting Huawei CFO free, Biden has given China a free hand to carry out more abductions in future 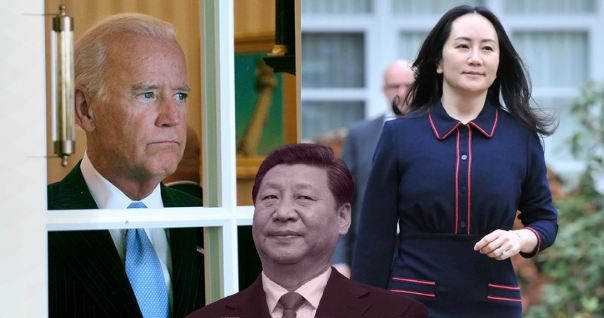 The Chinese Communist Party’s Modus Operandi has been to denounce neo-liberal international laws as a western construct. And then blame the west for a forced implementation of western ways in international governance. If the latest developments are any proof, then by doing this, Beijing creates favourable precedents and uses them as the judicial defence in case of international criticism. And now by letting the Huawei CFO free in exchange for Canadian detainees, Justin Trudeau and Joe Biden have helped China set a precedent giving Beijing a free hand to carry out more such abductions for favourable deals.

Meng Wanzhou, Huawei CFO (Chief Financial Officer), arrived in China on Saturday, ending a nearly three-year extradition battle with the United States, on the same day that two Canadians detained by Beijing for more than 1,000 days returned home, potentially paving the way for improved ties between the two western allies. After reaching an agreement with US prosecutors on Friday to terminate a bank fraud case against her, Meng Wanzhou, the daughter of Huawei Technologies founder Ren Zhengfei, was permitted to return home.

The extradition saga has been a source of contention between Beijing and Washington, with Chinese officials indicating that the matter needed to be dropped in order to break the diplomatic deadlock. Michael Kovrig and Michael Spavor, two Canadians held by Chinese authorities just days after Meng’s arrest, were greeted on the tarmac by Canadian Prime Minister Justin Trudeau after landing in Calgary. While this joy is comprehensible, the later repercussion is going to be a disaster.

Read more: ‘Visit China at your own risk,’ China arrests Australian journalist even as ‘hostage diplomacy’ kills its tourism industry

As per last year’s reports, Cheng Lei, an Australian television anchor for the Chinese state-run media outlet, CGTN, has been detained in Beijing amidst heightened Sino-Australian tensions. Lei has been detained in a highly arbitrary manner. She has not been charged with any offence but is being kept under “residential surveillance at a designated location”. Such arbitrary detentions are an example of how unsafe China can be for foreign workers and tourists. This also goes on to show, why the apparent kneeling down of Trudeau and Biden in front of Xi Jinping will have consequential repercussions.

The latest swapping of two Canadian citizens with Huawei Huawei CFO has set a precedent that can be followed going ahead. While it is a reality, one should also not forget that these kinds of actions and arbitrary use of power, can substantially deplete the spread of Globalisation. Canada’s Foreign Minister Marc Garneau said on Sunday that Canada’s “eyes are wide open” when it comes to repairing its relationship with China, two days after a Huawei CFO was released after nearly three years of house detention in Vancouver.

According to Garneau, the government’s new policy to China is to “coexist,” “compete,” “cooperate,” and “challenge.” He stated that Canada would compete with China on topics such as trade and climate change while also confronting it on its treatment of Uighurs, Tibetans, and Hong Kong, as Ottawa has done in the past.

While the Canadian leadership is starry-eyed for the prospects of increased trade ties with Beijing, the long term repercussions have now reached a point of no return. Going ahead, one can guarantee China deploying its hostage diplomacy as and when the need arises.