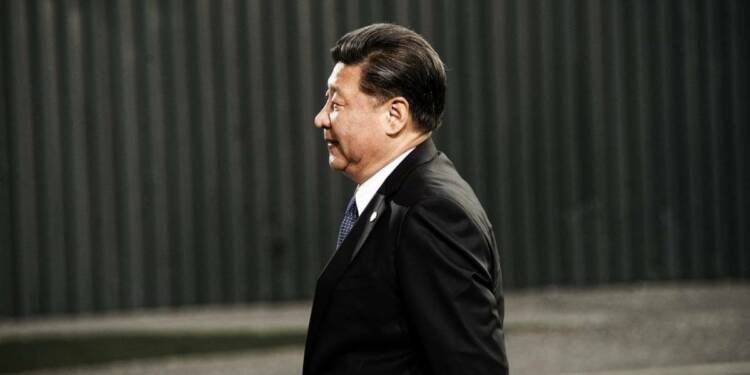 Throughout the present century, the Western world has committed the mistake of getting perilously dependent on an uncertain, authoritarian nation- the People’s Republic of China. And now, the world is bound to get embroiled in an economic crisis due to China’s economic downfall.

There are three main factors at play:

The Christmas season is around the corner, and like always the world is going to shop a lot more in the next few months. Every year you end up buying goods exported from China during the Christmas holidays. However, 2021 is different. Chinese manufacturing is receding and there is going to be a serious crunch in the global goods supply sector.

In fact, Chinese manufacturing has literally entered the contraction zone. The Chinese factory activity shrank in September itself owing to high raw material prices and the crisis in the Communist nation. The official manufacturing Purchasing Manager’s Index (PMI) in China stood at 49.6 in September compared to 50.1 a month earlier. Such contraction has been recorded for the first time since February 2020.

Global supply chains are already at risk with MNCs like Apple and Tesla getting directly impacted by China’s electricity woes. Carmaker Toyota also had to face hurdles in its operations due to China’s power woes.

Even apart from companies operating in China, several of the global industries are dependent on China for key inputs. The European Union, for example, is dependent on China for raw materials, batteries, active pharmaceutical ingredients, hydrogen, cloud and edge technologies, and metals like aluminium or steel. Now, with China’s manufacturing activity hitting a nadir, the EU is likely to face a sudden paucity of such basic raw materials.

Similarly, India’s booming silicon industry is dependent on Chinese silicon. However, the coal crisis in China has forced it to shut down or scale down its silicon factories. Silicon, a crucial metal, is needed for making solar panels. However, China’s coal crisis has led to a 300 per cent surge in silicon prices.

India now needs to act immediately and Kickstart domestic silicon production. However, it may not be so easy.

As per a 2016 report, former Atomic Energy Commission chairman Srikumar Banerjee told Indian news agency IANS, “As silicon is not produced in the country, we are totally import-dependent for it. Though we have plenty of sand as raw material, we don’t have the technology to process it into silicon wafers for solar cells or panels.”

A global goods shortage is a huge bane for the Chinese exports-based economy. At the same time, it is a huge problem for the world. The immediate effect is that the world will have to suffer a few problems before they even think or plan on how to reduce dependence on China.

To give a broad idea- the Evergande situation is just the tip of the iceberg. The Evergrande downfall is only a small expression of just how big China’s debt mountain is.

China’s hidden local government debt is actually quite huge. As per economists at Goldman Sachs Group Inc., it has risen to over half the size of China’s economy.

By the end of last year, the total debt of Chinese local government financing vehicles, or the LGFVs, rose to around 53 trillion yuan ($8.2 trillion). This is more than a threefold jump from 2014 levels of 16 trillion yuan.

In fact, the LGFV debts are larger than the official outstanding government debt. So, China is using LGFVs as a mechanism for secretly borrowing money and the local governments are also keeping their balance sheets clean.

The liabilities of Chinese LGFVs are mostly concentrated in construction, transportation and industrial conglomerates sectors. Together, these three sub-industries make up around 40% of the total LGFV borrowing and it is really a ticking time bomb for the world economy.

The problem with the level of secrecy is that those who are integrated with the Chinese economy and its volatile bonds market will never understand the quantum of risk involved. In fact, nearly 60 per cent of the bonds issued by local platforms are being used to repay maturing debt in the financial year 2020-2021 instead of making fresh investments.

The Chinese province of Jiangsu alone borrowed 8 trillion yuan in 2020. Tianjin, Beijing, Sichuan, Guizhou and Gansu too are heavy borrowers and remain the most highly leveraged Chinese provinces as a share of local economic output.

Meanwhile, Xi Jinping isn’t helping cool the real estate bubble or control the debt crisis with his tight regulatory measures and crackdowns. Due to the rising debt crisis, Chinese banks and financial markets too risk getting caught in the country’s unmanageable debt situation.

So, global investors and economies integrated with China will be hurt really hard when its real estate bubble bursts and the debt crisis explodes.

The Chinese energy crisis started in the 2020 winters itself, when Xi Jinping imposed imprudent bans on Australian coal shipments to China. Chinese cities have been blacking out frequently for quite some time now and industrial activity has contracted significantly as explained already.

However, the world is now feeling the pain of China’s coal and energy crisis. China’s coal crisis has actually come to mean higher coal prices for the entire world. China is actually willing to pay any price for coal now. Therefore, China’s energy-starved rivals too have to offer greater prices and as a result, global coal prices are rising uncontrollably.

Remember, winter is coming and natural gas prices are already at record levels. Coal, which was struggling to survive owing to the rise of cleaner energy sources, is suddenly making a remarkable comeback in the world market.

Meanwhile, China is unabashedly pushing coal prices even further. The China Electricity Council has made it clear that it will expand coal procurement at “any price to ensure heating and power generation in winter.”

The net effect of China’s coal misadventures is to leave other parts of the world in an energy turmoil. Europe, for example, is already struggling in face of 13-year high coal prices.

In fact, China is importing coal from different parts of the world like South Africa and Russia, a key supplier of fossil fuel to Europe. Such distortions in the coal supply market are putting further pressure on the European economies in terms of coal procurement prices.

If the world economy is staring right into a 2008-like crisis, blame the Chinese secrecy surrounding its economic mismanagement. The Chinese economy is going down quite clearly but it seems that Beijing is also going to push the world into an unprecedented economic crisis.