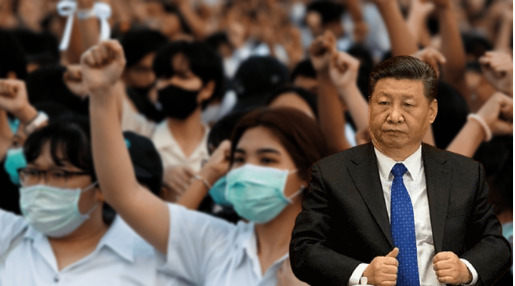 China, under Xi Jinping’s total power, is attempting to write its own neocolonialism and imperialism in relation to the Mekong countries of Southeast Asia. As a result, China has succeeded in economically subjugating the two Mekong countries – Cambodia and Laos – to the middle kingdom, i.e. communist China. Just recently, Beijing began a cultural invasion under the guise of raising investment and strengthening cultural ties between the two countries. While the CCP may believe they will succeed in this endeavour, criticism of China’s overbearing nature, among other things, is growing in Laos. All these when added together will have a significant cascading effect and as the Chinese abuses in Laos increase, it will become the last straw in its colonisation of Laos.

As if this was not enough, the Chinese Communist Party’s activities and the Chinese subcontractor’s sheer apathy towards their Laotian workers is going beyond the threshold limits for far too long. In the latest, two Lao labourers on a Chinese-owned banana farm quit this month after spending weeks without pay and trekked over 250 kilometres to their village, arriving on Wednesday, according to Lao sources. Thit and Om, both 21, started working at the farm in Attapeu province in southern Laos in July but received no pay in September, and with no money to pay for other transportation, they set out on foot back home. While this may bring a tear to your eyes, this is not the only incident but a larger practice.

Previous examples of exploitation in Laos

Hundreds of Lao labourers working at a Chinese banana plantation in Bokeo province’s Houeyxay district went underpaid in May after their employer left during the COVID-19 outbreak and did not return. In September, more than a hundred employees building the Lao-China High-Speed Railway were left without money for rent or food after their Chinese subcontractors refused to pay them for their labour, only to pay some of them after a Lao foreman cut off power to the construction site.

While the government at large may be in bed with China, the people of Laos have a particular sense of disgust for China, and Vietnam seems keen to capitalise on the same. In fact, under the pretext of expanding investment and increasing the cultural connection between itself, Laos and Cambodia, Beijing has launched a cultural invasion on its southern neighbours.

Recently, monks and citizens of Laos vehemently objected to a real estate company’s intention to create a 100-metre-tall Buddha statue in a Chinese Special Economic Zone (SEZ) in the capital of the country, seeing it as a cultural invasion and the start of an era of imperialism from their larger neighbour. The criticism of the planned statue underlines artistic distinctions between two major schools of Buddhism: the statue is a Mahayana-style Chinese Buddha standing in a long gown, rather than a Theravada-style Lao Buddha sitting in a meditative stance. By silently pushing for a Mahayana-style Chinese Buddha, Beijing is trying to assert its cultural domination over Laos, and the people of Laos are willing to have none of it.

On September 26th, the party general secretaries of Laos and Vietnam, as well as the Prime Minister of Cambodia, convened in Hanoi to increase collaboration in many sectors in order to achieve regional economic development, peace, and stability. Nguyen Phu Trong, general secretary of the Communist Party of Vietnam, and President Thongloun Sisoulith, general secretary of the Lao People’s Revolutionary Party, and Cambodian Prime Minister Hun Sen met to discuss issues such as strengthening trilateral relations, solidarity, and friendship between the three countries.

The Vietnam angel brings in another country in the picture and going ahead if the Chinese overbearing nature and treating of the people of countries like Laos as slaves go on unabashed, then the possibility of China losing its influence in the region altogether may not be a pipe dream.