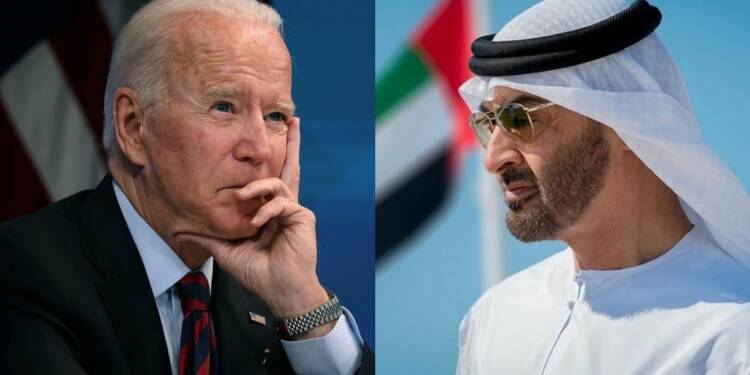 The US apathy towards its middle east allies is something which the researchers will take their sweet time to discuss and analyse. However, these countries like the UAE are not waiting for a return of the US in the region and realising the problems it can create to depend on the US, Arab nations have started to snip the umbilical cord. The United Arab Emirates and South Korea agreed on Thursday to begin talks on a bilateral trade agreement aimed at broadening economic ties. The United Arab Emirates stated last month that it would seek trade agreements with South Korea and seven other nations, including India, the United Kingdom, and Turkey.

These developments are in line with how the other Abraham accord countries like Morocco are also increasing their collaboration with Israel. But the real movement of the Arab allies of the US away from Washington is best visualised by the actions of the UAE. According to South Korean Trade Minister Yeo Han-Koo, the Comprehensive Economic Partnership Agreement (CEPA) between the UAE and South Korea will contain deals to reduce greenhouse gas emissions and develop green technology. “We want our CEPA to be a next-generation free trade agreement,” he said during a press conference in Dubai.

US President Joe Biden has forgotten the importance of the Horn of Africa. Even key US allies in the Middle East don’t seem to agree with Biden’s outrageous and interventionist policies. In the case of the UAE, it is helping Ethiopia to protect its sovereignty. The East African country’s northernmost region of Tigray has been facing insurgency since November last year. Ethiopia blames the region’s ruling Tigray People’s Liberation Front (TPLF) for attacking Ethiopian forces.

The US, which wants to expand its influence in the landlocked country, is allegedly supporting the TPLF for the last 20 years. The Biden administration has further hinted at a direct intervention accusing Ethiopia of human rights abuses. However, the UAE, an American ally, is now supporting the Ethiopian government in its fight against the TPLF. This should give a picture of how the country is moving away from the red lines that the US might have created.

The United Arab Emirates will follow an aggressive pace to negotiate economic agreements with eight nations with whom it wants to enhance trade ties, with the hope of wrapping up some of the talks within a year, according to its trade minister on September 15th. The Gulf state, which is already a global commercial powerhouse, announced plans to enhance trade and economic links with India, the United Kingdom, Turkey, and South Korea earlier this month.

The UAE would pursue bilateral comprehensive economic agreements with the eight countries on trade, foreign direct investment, and areas such as tourism, according to Al Zeyoudi. Ethiopia, Indonesia, Israel, and Kenya are among the nations with which the UAE seeks to strengthen commercial ties. According to the administration, pre-pandemic non-oil trade between the UAE and the eight countries was close to $70 billion. Non-oil commerce with India, for example, is expected to increase from $40 billion per year pre-pandemic to $100 billion within five years of an economic agreement being completed, according to officials.

Speaking with South Korean Trade Minister Yeo Han-Koo, UAE Minister of State for Foreign Trade Thani Al Zeyoudi claimed that talks will begin in two months and that an agreement might be achieved within a year. By the end of 2022, Zeyoudi hopes to have completed half of the eight CEPA agreements. These developments and the extent of the change in the way in which UAE among other Arab nations has started to act independently.

The US under Joe Biden removing its consistent support to its MENA allies has started having its effect. Now the long-standing allies have started venturing the whole world independently without any concern for the USA’s interest and this will be copied by other Arab nations, decreasing the stature of the US under Joe Biden.