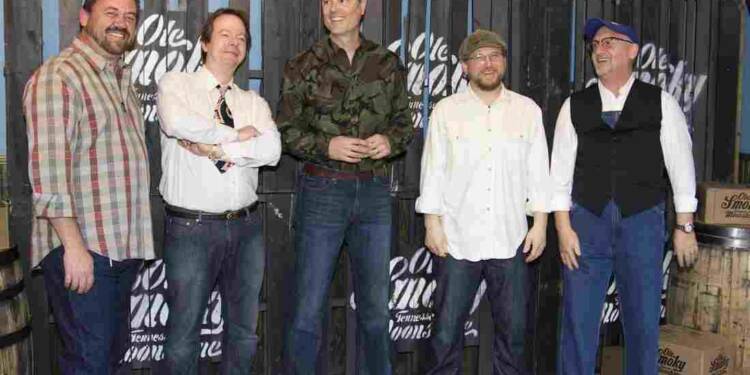 T Bone Burnett, who currently produces one of three commercially released albums, curated the music for the famous Coen Brothers satire in semi-sepia tones and made The Soggy Bottom Boys a great performer. This really was supplied by Nashville singer and songwriter Harley Allen, bluegrass musician Pat Enright and Dan Timinksy, guitarist and mandolin, rented from Alison Krauss and Union Station.

Popularity of the song:

The arrangement of the song on the recording was their own and they sang faster, the song was later popularized by The Stanley Brothers, who recorded it in the 1950s, and many other singers recorded versions in the 1960s.

The first version was recorded in 1928 by Emry Arthur who gave the song its current title. In addition to the lyrics, many of these versions also feature significant variations in the song’s melody: two variations sing contrasting verses, while the other three variations add additional music between each verse.

The song was also named the 2001 International Bluegrass Music Association Song of the Year and contains traditional bluegrass songs that evoke memories of the old south where story-telling takes place.

How the song was channeled in the movie O Brother, Where Art Thou:

The original plan was for the film’s lead actor, George Clooney, to sing the song, however, it turned out that his registration did not meet the required standards, and although not planned, the band convinced him to lead their older version of Man of Constant Sorrow. Dick Burnett’s song had already had great success in real life.

Tim Blake Nelson, who plays Delmar O’Donnell in the film (one of the Soggy Bottom Boys), himself sang the vocals on “In the Jailhouse Now” which was originally recorded by Jimmy Rogers (In the Jailhouse Now) in real life singer Alison Krauss and bandmate Dan Tyminski are the real person behind the song, he won a CMA and a Grammy.

The intersection of the funny and creepy occurs again when children hitchhike the day after recording a song: a blind engineer asks if they are writing “Negro songs…” and Everett lies and says that they are all black except Tommy. The renowned American folk standard is performed by Peghead Nation mandolin instructor Mike Compton with the original orchestra that gave “O Brother Where Art Thou” its authentic sound. The tribute will also include musical performances by Chris Thomas King, Carlene Carter and Dan Tyminski, who played Clooney in the film.

The American Folk Standard helped the modern American movement launch its clever mix in the film O Brother, Where Are You? which has been in the collective consciousness of music lovers since at least 1913.

It certainly was a treat when George Clooney leaning against the radio microphone in Brother Where Are You and when Clooney famously lifted his beard he couldn’t resist when Timisnki reached his eyebrows in perfect rhythm with the flow of this golden bluegrass.

But if the Soggy Bottom Boys were the true rock stars as the film suggests, their careers would not have stopped in 1937. The Stanley brothers had recorded a version of the song they had learned from their father, realized that the song would suit the protagonist well – Ralph Stanley sang solo all the time in the 1950 version, but was joined by other band members in additional choruses in the 1959 version. The five were The Soggy Bottom Boys, which Time magazine named as one of the best fictional groups of all time. The five reunited for the first time at The Holler, just outside the front door of the Ole Smoky distillery in Gatlinburg, Tennessee and never held a live performance.