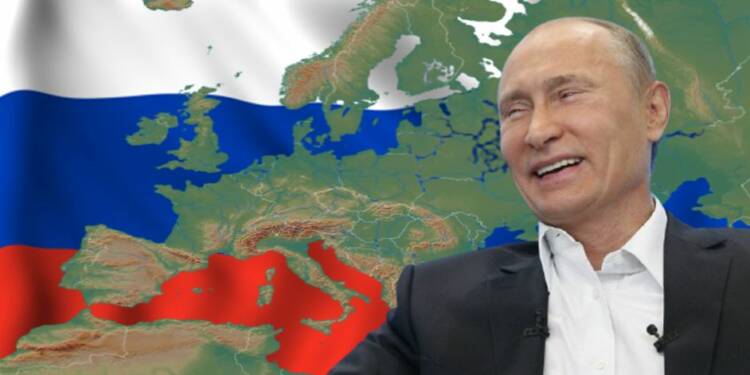 The current energy crisis serves as a life lesson for the Europeans – Don’t tie your energy needs with the complex geopolitics of the region.

Europe needs gas in large quantities; Russia has more than enough gas to tame the burgeoning gas crisis in Europe. But Europe’s ambitions of leveraging its position as the “sole consumer” of Russian gas ended up as a gamble that did not pan out.

Europe’s gamble that did not pan out:

Europe would not have faced this severe gas crisis today had it already signed long-term contracts with Russian suppliers. Make no mistake, Russian supplier Gazprom is fulfilling all of its existing gas commitments. The problem is that Europeans don’t want to buy gas under a long-term supply contract.

Europeans think that long-term contracts would enable Moscow to wield economic leverage over the European Union and undermine the EU’s determination to rein in Russia’s geopolitical goals. Instead, the EU always preferred short-term on spot contracts with Gazprom.

The other factor that drove the EU’s strategy of pinning reliance on “just in time” contracts was the illusion that Russian lacks plentiful buyers for its gas. Thus, the bloc took Russian gas for granted, preventing it from securing long-term supplies.

When EU tried to undermine Russia’s status as the sole supplier of gas:

On the other hand, the EU also strived to circumvent Russia’s status as the sole supplier of the EU’s gas. It hoped to secure gas supplies from Iran and resource-rich central Asia to cut Russia’s supplies to size. At the same time, the EU also hoped that discoveries of the major gas fields in the Eastern Mediterranean would help it cut reliance on Russian imports.

But much to the EU’s dismay, absolutely nothing worked out. Trump’s sanctions on Iran after collapsing of the JCPOA deal, and China’s exorbitant economic influence over Central Asia resulted in the squashing of the bloc’s all ambitions. Similarly, the no-holds-barring quest for influence in the Mediterranean has so far prevented the building of a suitable gas infrastructure capable of delivering gas to the waiting European consumers.

The Trans-Caspian pipeline, which would have connected Turkmenistan to Europe via the Southern Gas Corridor, remains defunct. Iranian projects hang in balance to date.

Crisis for the EU, opportunity for Moscow:

And with this, the EU is back to square one, glaring at Russia with hopes that it will supply it with more gas. Russia also looks well prepared to use this opportunity to fulfil its own geopolitical ambitions. For instance, Russia is now pressuring Germany to approve Nord 2 stream pipeline project that would help the EU stave off its energy crisis.

As the Nord Stream 2 gas pipeline project still awaits approval from Germany, Russian gas exports to Europe solely rely on the gas infrastructure developed by Ukraine. Not just that, Ukraine also gets to earn around 1 billion Euros per year in transit costs for logistic support. But as soon as the Nord Stream 2 gas project gets online, Ukraine will lose this tremendous leverage over Moscow, which could even pave way for the Kremlin to launch an all-out invasion of Ukraine, as some experts fear.

What does Russia demand from the EU?

To make things worse for the EU, “just in time” contracts are nowhere to be found today. Russia’s Gazprom has suspended short-term supply contracts. Putin wants Europe to shift away from spot pricing and toward long-term contracts favoured by Russia’s state-run Gazprom.

Also read: After pushing Ukraine towards the edge against Russia, Biden has left it hanging and Ukraine has crawled back to Putin

Also, Russia has developed its domestic infrastructure of refining natural gas to LPG, thus enabling it to find more consumers in Asia and predominantly China. So, Russian gas suppliers can now easily divert their non-committed supplies to non-European markets.

Hence, the gamble that Europe played on its gas imports from Russia has backfired spectacularly, enabling Russia to weaponise its own gas exports to the EU. Today, Russia has plentiful of consumers for its gas; however, the EU has hardly any choice other than Russia for its gas imports. Effectively, the whole of the continent is today surviving at President Vladimir Putin’s mercy.