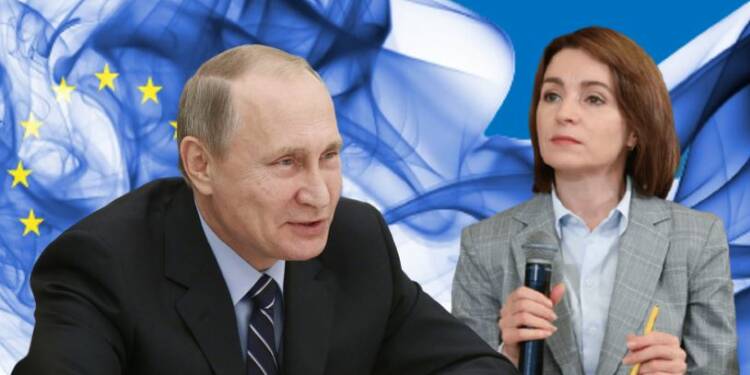 The constant problem with the European Union (EU) has been that it chooses its battles at the worst possible times. EU has, for the longest time, tried to chip away the Russian influence in Eastern Europe and from the countries that broke away from USSR (Union of Soviet Socialist Republics). Last year’s elections in Moldova, including Maia Sandu’s triumph as a pro-European Moldovan stateswoman, were hailed as a watershed event in regional geopolitics, and her victory was portrayed as an EU success.

However, it is unrealistic to believe that elections and the inauguration of a new administration will be able to counteract Russian influence. As we can see now, Russia has simply countered attempts to erode its influence in the region, by simply turning off the gas supply. To date, all of Moldova’s natural gas has come from Russia.

However, the contract for its delivery ran out at the end of September. Gazprom hiked the price, which Moldova refused to pay. In the absence of a new agreement, Russia’s energy behemoth cut supplies, causing Moldova to proclaim a state of emergency for 30 days. Gazprom accused Moldova of “inciting a crisis” and sought payment of a $709 million (£514 million) debt, which Moldova denies. The talks are still going on. Officials in Moldova say they want to renew their contract with Gazprom, but only if the terms are favourable. If we look without any bias, then it is obvious that Putin is punishing the small nation, so that its ruling government doesn’t dare moving away from the traditional position.

Moldova’s dependence on Russia and the EU’s failed attempt:

Not only has the country been completely dependent on Russian gas, but its own gas company, Moldovagaz, is majority-owned by Gazprom. And more than 80% of Moldova’s electricity comes from a Russian-owned power plant in Trans-Dniester – a separatist region of Moldova, backed economically, politically and militarily by Moscow. Maia Sandu was elected president of the country on November 15, 2020, succeeding pro-Russian Igor Dodon. But, only a week ago, she had said that it is impossible to resolve the Transnistria issue without Russia, meaning she too recognizes the Russian heft in the region. And as the country was signalling a shift towards the EU, a subtle move has failed any attempts by the EU to gain influence.

For a long time, Eastern Europe has been a strategic flashpoint, and many battles have been waged there. However, the region has been part of the USSR’s sphere of influence since its inception, and when the USSR’s mantle was taken up by Russia, it became the region’s dominant force. The region has served as a buffer zone between western nations and Russia, for a long time. While western powers believe that earning these countries’ trust will make it easier to restrain Russia, the Russians have continuously tried to undermine these efforts and maintain their influence in what was originally the USSR’s influence zones. This time too, Russia has proved why it is difficult to challenge the country in its backyard. While an anti-Russia and pro-EU party won elections in the country last year, Russia just needs to switch off the gas supply to the nation of Moldova to make it fall in line.

Russia’s interests and the latest development as a model example:

Russia, since the 1992 agreement with Moldova under the Presidency of Boris Yeltsin, had promised to help in the peaceful resolution of armed conflict in Transnistria and officially started the takeover of regional influence from the erstwhile USSR to Russia. The different regions of Moldova too are both culturally and emotionally connected with Russia, and due to their shared history, strive hard to be with Moscow.

Read more: Moldova has chosen a pro-EU leader, but that does not mean it will sit in EU’s lap

Moldova, which was once in Moscow’s orbit, has recently shifted its focus away from Russia and toward the west. The country’s leadership is now pro-European and advocates for closer EU connections. The gas issue, many believe, is the Kremlin‘s method of expressing its displeasure. “We had legislative elections this year, and the pro-Russia party lost,” Sergiu Tofilat, a former energy adviser to Moldova’s president, said. “Now that we have a pro-Western party in office, Russia has changed its stance on gas supplies; the Kremlin wants to punish Moldovans for voting against a pro-Russia party. It’s pure politics.”.

Russia has never relented its areas of influence. There are multiple examples for the same: be it Ukraine, Crimea, the resolution of the month-long conflict in Nagorno-Karabakh where Russia made sure no Turkish influence was sustained (where it also stationed its peacekeeping forces in war-ready mode to take on any exigencies) and even more recently, the management of Syria issue, dealing with Turkey and consolidating its position in the Black Sea as well as in the Arctic. This time too, just by tightening its grip over the supply of gas to the country, Russia sent a clear message: any pro-EU coup can simply be reversed by Putin, just by turning off the gas.