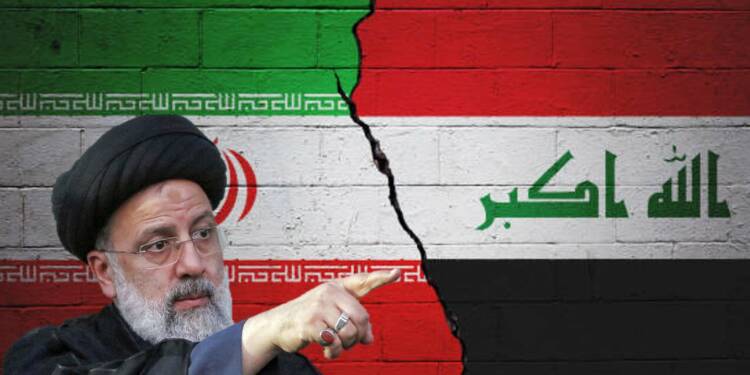 The geopolitics of the middle east has become too intertwined to make obvious and black & white assessments. However, the developments in Iraq are giving a clear picture of the decline of Iranian influence in the region. Government forces and followers of political parties engaged in a significant violent battle. On Friday, police sources and health workers claimed, clashes in Baghdad between Iraqi security forces and supporters of parties protesting the results of an October general election injured more than two dozen persons.

It was the first major violent fight between government troops and supporters of political parties, the majority of which have armed wings and are allied with Iran, since such parties lost dozens of parliament seats during the Oct. 10 election. These developments tell us how the situation in Iraq is changing and how the Iranian influence is dying a slow death. In such a situation, the Iranian proxies and the Iranian leadership are making desperate attempts to regain some semblance of influence in the country.

Iraqi government’s changing views towards Israel and the attempted normalisation

In an unprecedented development in September, over 300 prominent Iraqis called on their government to join the Abraham Accords and forge closer ties with Israel. “We demand full diplomatic relations with the State of Israel…and a new policy of normalization based on people-to-people relations with the citizens of that country,” said Wissam al-Hardan, who commanded Sunni tribal militias that aligned with the United States to fight Al-Qaeda in 2005.

Read more: Iraq may be next country to sign the Abraham Accords

The plea was announced in a gathering held in Iraqi Kurdistan’s capital of Erbil. The gathering included Sunni and Shi’ite tribal leaders, social activists, and former military commanders along with some former UAE and Israeli officials. The development shows growing acceptance of the Jewish state in Iraq. Iraq has strict laws for punishing citizens having close links with Israeli citizens; before 2010, promoting ‘Zionist values’ and ‘Zionist organisations’ was punishable by death. However, a later amendment diluted the provisions and limited the sentence to life imprisonment.

The latest clashes and Iran’s failing influence war in Iraq

As scores of protestors flung stones and attempted to push into Baghdad’s fortified Green Zone, which includes government facilities and international embassies, police used tear gas and live gunfire into the air, according to security sources. According to hospital reports, more than 21 demonstrators were hospitalised, largely due to smoke inhalation, and another nine police officers were injured after being attacked with stones.

The populist Shi’ite Muslim cleric Moqtada al-Sadr, who vocally opposes Iranian meddling in Iraqi politics and has asked for all remaining Western soldiers to leave the country, was among the top gainers in Iraq’s October election. The Iran-backed factions contesting the election results are Shi’ites as well, but they follow an Iranian form of theocratic administration, which Sadr and many ordinary Iraqi Shi’ites reject.

Since the US-led removal of Sunni dictator Saddam Hussein in 2003, Iraq’s majority Shi’ites have dominated administration. Significant partnerships in parliament are led by Sunnis and Iraqi Kurds, Iraq’s second-largest religious and ethnic groups. In the face of these developments, the Iranian regime is finding itself being pushed out of Iraq. And in its desperation, Iran has launched an all-out offensive against the Iraqi government, but it will end in a defeat for Iran.