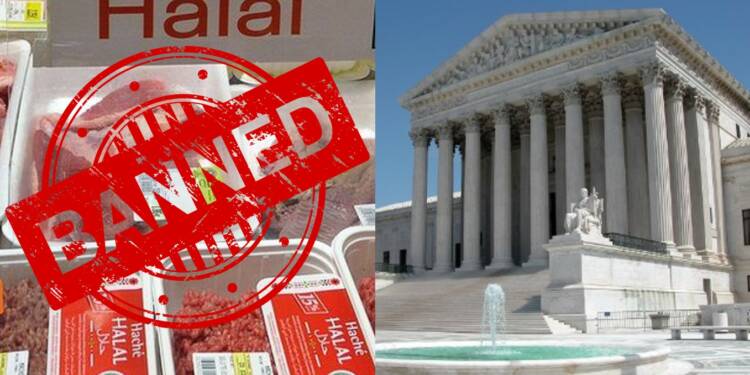 Greece has set an example for the world at large. The Greek apex court has banned Kosher and Halal slaughter of meat teeming them as inhumane. The decision came after the Panhellenic Animal Welfare and Environmental Federation approached the court and requested that a ministerial decision exempting religious slaughter from a Greek law be banned.

The banning of Halal slaughter by Greece opens up a new debate. So, why exactly is the Halal slaughter industry problematic and why should the world at large follow the Greece model?

The Hellenic Council of State, the apex judicial body in Greece, banned Halal slaughter due to one simple principle- keeping animal rights above religious freedoms.

Halal slaughter does involve a great deal of cruelty towards the animal. As the animal to be consumed is made to die slowly and painfully, in a pool of blood, by slitting its neck vessels to drain away its life and blood. The slaughter technique involves slitting, mostly partially, the windpipe and food pipe of the animal. The animal therefore continuously cries and struggles to survive.

Halal is an Arabic term meaning ‘permitted’ in Islamic law as stated in the Quran. Halal slaughter is, therefore, a religious form of slaughter and involves reciting Shahada, an Islamic prayer, to bless the meat and make it fit for consumption by the followers of Islam.

How Halal slaughter is monopolizing the meat industry:

The global Halal slaughter industry has grown big. According to a study by Adroit Market research, the global halal market is worth more than 4.54 trillion dollars. To give a comparison, this is more than the GDP of Germany, India or the United Kingdom. By 2025, the global halal meat industry is expected to touch 9.71 trillion dollars. As per the Food Standards Agency of United Kingdom, “51 per cent of lamb, 31 per cent of chicken, and 7 per cent of beef slaughtered in Britain – from a total of 16 million animals per week – is now ‘religiously killed’.

However, as we stated earlier Halal slaughter is a religious form of slaughter. Even as per Halal Certification Services India Pvt Ltd (HCS), an agency providing halal certification, ‘only the animals slaughtered in the name of Allah are halal’. The slaughterman must be ‘Muslim’ and Bismillah Allahu-Akbar needs to be recited before slaughtering the animal.

As more and more companies across the world start serving only Halal meat in order to avoid any aversion amongst Muslim communities, Halal slaughter is taking over the meat industry across the world. Yet, the non-Muslim slaughterhouses stand to lose because technically they are not qualified to offer Halal meat. Also, many people may be simply unaware that the meat they are consuming is Halal meat.

Mumbai-based Sikh entrepreneur Eshwinder Sethi, who claims to have opened India’s first jhatka meat processing plant in Pune, said, “We are Sikhs and are not allowed to eat halal meat which is butchered as per rituals of a particular religion. Of course, this practice derives from Hinduism. I came upon this idea in 2015 after realising that it was nearly impossible to get jhatka meat in Mumbai and Maharashtra. All meat being sold was halal. Many people don’t know they are being served halal. If they knew, many would be offended. In fact, a lot of Muslims also appreciate my products since it is clearly and transparently mentioned that the meat is non-halal and is jhatka.”

“Why should people who do not subscribe to Islam be forced to eat meat butchered by Islamic principles? Most of the meat sold in India is halal. You have everything from cosmetics, vaccines and even holidays that are certified halal. It is a religion-driven $7-trillion global business,” he added.

Moreover, in the United States of America, dietary preferences are getting split across party lines. Many Democratic Party supporters are influenced by wokeism and have turned vegans, whereas the Republican supporters tend to be conservative and continue to follow non-vegetarian food. The American slaughter industry has also been a long time supporter of the Republican party.

Now, with the Biden administration promoting wokeism and vegan diets, the American meat slaughter industry is already set to face big losses and the monopolization of Halal slaughter can make the financial situation even worse for America’s local slaughterhouses.

Halal slaughter is thus becoming problematic- it is cruel towards the animal to be consumed and also excluded non-Muslim slaughterhouses from meat supply chains due to the religious rituals associated with the animal sacrifice. The Greece model is therefore what the world needs to follow in order to overcome the issues posed by Halal slaughter.