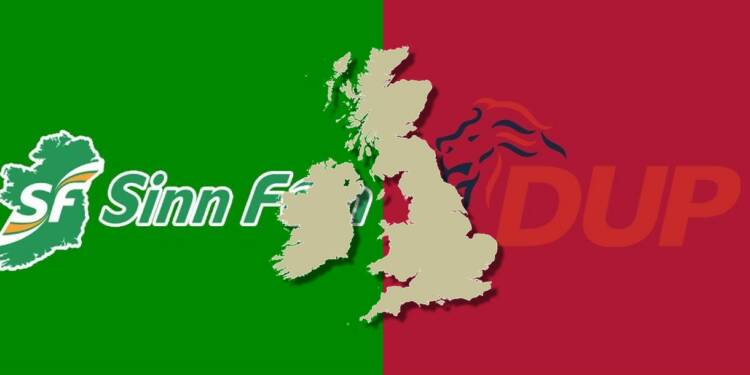 The lead-up to Brexit was filled with doubts and as the exit of the United Kingdom from the European Union became a reality, the calls for secession from the United Kingdom started gaining ground, be it Scotland or even Northern Ireland. The deliberate ignorance of Northern Ireland reflects a broader dismissal of Ireland and its politics in the larger British narrative. This not only stems from a lack of understanding of Anglo-Irish history but also from a failure to recognise the repercussions that domestic Irish politics can have on the Westminster machinery and the overall unity of the UK.

Northern Ireland’s main political division is between unionists, who want Northern Ireland to remain part of the United Kingdom, and nationalists, who want Northern Ireland to be unified with the Republic of Ireland and become independent of the United Kingdom. The political environment has been really delicate and since the Brexit, it has become all the more vulnerable. While the government in Westminster has not cared to pay much heed, the rise of  Sinn Féin, its literal translation is, “We Ourselves” signals a public perception moving towards a possible call for another referendum and followed by a possible secession.

The rise of the secessionist party:

The rise of this Irish republican and democratic socialist political party (Sinn Fein) is making a possible secession of Northern Ireland a surety. Sinn Fein is active in both the Republic of Ireland and Northern Ireland, and its rise can also re-ignite the call for a United Ireland. Focusing emphasis on other matters, according to Finn McRedmond, demonstrates London’s “willful ignorance of Northern Ireland” and Irish politics, and there are fears that this could pave the way for a united Ireland.

Professor Gary Murphy, of Dublin City University’s school of law and government, and Professor Aidan Regan, of the school of politics and international relations at University College Dublin, spoke to BreakingNews.ie about the likelihood of Sinn Féin leading the next Government and the challenges they may face. While this may be true that the party may face hurdles in forming a government and may not even form a government, however, this does not dilute the observation of secessionist forces gaining ground in Northern Ireland. This rise has become all the more pronounced because of the sheer ignorance of the concerns of Northern Ireland in the larger Brexit deliberations.

A failing Northern Ireland Protocol and the fragile bond:

During the Brexit talks, all parties agreed that safeguarding the 1998 Northern Ireland peace agreement (the Good Friday agreement) was a top priority. This meant keeping the land border open and avoiding the installation of new infrastructures like cameras and border checkpoints. This was simple to accomplish when both Ireland and Northern Ireland were EU members. Both sides automatically shared the same EU trade rules, thus products travelling between them did not need to be checked.

After Brexit, however, a new arrangement was required. Many goods, such as milk and eggs, must be inspected when they arrive from outside the EU, while others, such as refrigerated meats, are not allowed to enter at all. To avoid border checks, Northern Ireland agreed to continue to observe EU rules on product standards (part of the EU’s single market rules) under the protocol. Instead, products entering Northern Ireland from England, Scotland, or Wales would be inspected. Northern Ireland ports are subject to inspections, and customs documents must be filled out.

This has sparked fears that a new border between Northern Ireland and the rest of the UK would be established in the Irish Sea. The Johnson administration now claims that the agreement was a big compromise on the part of the UK and that the EU is applying it too strictly. Lord Frost, the Brexit Minister, has proposed changes to the protocol. They include eliminating customs checks between the United Kingdom and Northern Ireland and relying on businesses to be transparent about their activities.

The UK government is ready to trigger Article 16, a literal iron-fist approach if it does not secure changes to the protocol. Article 16 allows either side to suspend any part of the agreement that causes “economic, societal or environmental difficulties” making it a literal arm-twisting tactic. These dictatorial decisions will only embolden the secessionist forces even further and the rise of Sinn Fein, as well as the sideling of the unionists, will make sure that Northern Ireland leaves the United Kingdom in the near future.