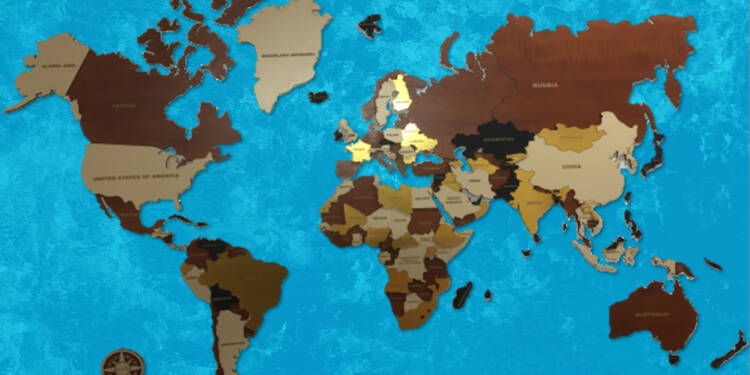 The contemporary world is so interconnected that alliances are created, or enmities are developed based on the overall geopolitical situation and individual state’s threat perception. Therefore, for any person to have a holistic perspective, they should be aware of the major bilateral enmities in the world. So, in this article, we are going to briefly explain these bilateral enmities and their respective reasons behind them.

Let us start with the largest continent of all, Asia:

The Korean Peninsula has been divided into North Korea and South Korea since the end of World War II in 1945. From 1950 to 1953, the two countries fought in the Korean War, which ended with an armistice but still no peace settlement. To this day, both sides claim all of the peninsula and the border dividing the two nations (38th parallel) remains one of the most militarized borders. Given North Korea’s nuclear capabilities, things get even more complex.

India and Pakistan have fought three wars, all of which Pakistan lost. To this day Pakistan continues with its proxy war tactics and the India-Pakistan border remains one of the most heated in the world. While both are nuclear-capable powers, an unstable Pakistan is a major threat to not only India but the entire region.

These are the two titans of the Asian century, India, and China, and since the clashes between the armies in the Himalayas’, things have gotten really heated up. China claims to be a benevolent country, but it has a conflict with almost all of its neighbours and not only India. Be it Japan, Vietnam, Mongolia, The Philippines, and the icing on the cake, Taiwan. China has claimed parts of all of these country’s territories. Recently, it has also gained an enemy in Australia as Beijing tried to silence Canberra with a Trade halt. The establishment of Quad and AUKUS have further intensified the conflict. US-China conflict, last but not the least, extends into economic, political, security and cultural realms. Theirs is truly a conflict for the position of most influential world power.

The border conflict between Armenia and Azerbaijan has a touch of communal angle as well, with both sides claiming the Nagorno-Karabakh region, where the majority demographic is Armenian.

Pakistan, just like China is a neighbour that no one wants. Not only India, but it has a conflict with even Afghanistan and Iran. It has supported the destabilisation of Afghanistan and has little to no goodwill among its people. On the other hand, it has also received the wrath of Iran. The Iran-Pakistan border demarcates Pakistan’s Balochistan province from Iran’s Sistan and Balochistan Province, and the actions of the Pakistan Army has, from time to time, earned Tehran’s wrath.

Iran too has used proxy war coupled with religious extremism as a method to further its geopolitics in the Middle East. Iran considers Israel as its biggest enemy and both sides have engaged in extensive military operations against each other. Iran has equally brutal competition also with Saudi Arabia as it attempts to gain the maximum influence in the region. Iran’s fight with Israel and Saudi Arabia as well as conflict with the US in its pursuit of nuclear weapons has earned it opponents from the Arab camp. The regional geopolitics has also made Iran enemies in front of even Azerbaijan and Iraq.

When we look at the country connecting the Eurasian landmass, we find a strategically blessed Turkey. However, in his efforts to become the Caliph of the Muslim world, Erdogan has tried to destabilise the region and thus earned a slew of enemies. Be it Armenia, Russia, Greece, or Cyprus, all of which are its neighbours of sorts, it has a conflict with all of them given it either supports the factions which are destabilising these countries or itself tries to bully them. Erdogan’s actions have earned its enemies far and wide, right from France, India, Saudi Arabia, to Egypt and even Iran.

The historical ties between France and the UK are an interesting, yet complex intermix of conquest, wars, and alliances at various points in history. Theirs is a classical rivalry between Evangelical Protestantism and Roman Catholicism. These religious bits coupled with the centuries-long competition of one-upmanship makes their conflict an evergreen one.

Coming to Egypt, it has tried to not only stabilise the region but also create progressive alliances. However, given its detest from the Arab Spring and the Muslim Brotherhood, it has diplomatic and geopolitical hostilities with Qatar and Turkey. Egypt also has issues with Ethiopia regarding the water sharing from the Nile, and the Grand Ethiopian Renaissance Dam has become a major issue among these countries.

Coming to the western African region, there is an evergreen conflict between Morocco and Spain as well as Algeria and Morocco, given these countries have been embroiled in serious territorial disputes.

The Comprehensive Peace Agreement between the Sudan People’s Liberation Movement (SPLM) and the Sudanese government, signed on January 9, 2005, put an end to the country’s independence war, which began in 1983. While this created the country of South Sudan, the historical enmity between the two has fed fuel to the fire.

In the Americas, while many countries have border disputes, but the long-continued dispute between Venezuela and Guyana takes the cake.

Russia has been attempting to regain its zones of influence and maintain its area of influence while the USA has been competing with Russia in Eastern Europe so that Moscow’s objectives are not fulfilled. Moscow’s other conflicts are largely surrounded by the things mentioned above. Be it Ukraine, Poland, or Lithuania, while these countries have been consistently trying to be out of Moscow’s umbrella, Russia has been trying the opposite.

The US has maintained its global supremacy since the fall of the USSR; however, it has continued its conflict with communist regimes like Cuba and Venezuela while relations with Vietnam have improved. Recently, in its efforts to maintain its influence in the horn of Africa it has engaged in a geopolitical tussle with Ethiopia. While these are the countries that the USA keeps an eye on, there are two constants in its foreign policy, that are Russia and China (countries with the second and third largest arsenal of nuclear warheads.). In its efforts to remain at the top, the USA has been trying to contain the two countries and build alliances accordingly.