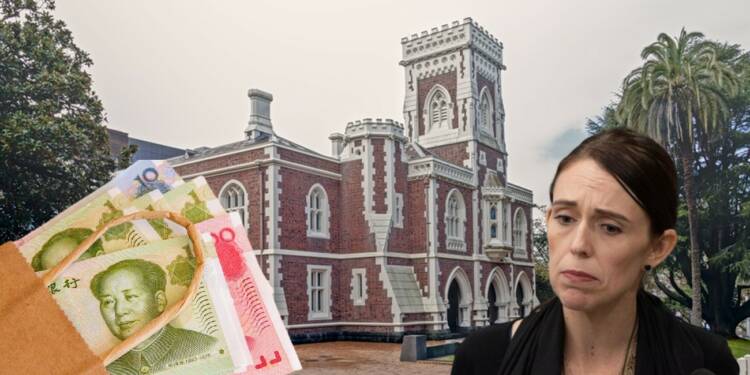 New Zealand’s politics is glutted with China’s iniquitous interventions. A Financial Times report from January 2020 reveals that the biggest donors to New Zealander political parties are China-based businessmen having close ties with the Communist Party. While the Jacinda Ardern government chooses not to break its slumber over the issue, the country’s judiciary seems to have taken the task upon itself.

Two criminal cases over allegations of unlawful donations to both the Labour and National parties are under judicial review in the nation’s High Court. Justice Ian Gault on Monday granted the Serious Fraud Office’s (SFO) application to join the two cases and hold a single 10-week trial. Six people have been charged by the SFO after an investigation into donations made to the Labour Party in 2017.

A report released by Freedom House in January 2020 had featured New Zealand National Party MP Todd McClay as an example of how the Chinese government forged close relations with foreign politicians to promote Beijing’s propaganda overseas. McClay spouted China’s official line on Uighur mass detention in an interview, saying “the existence and purpose of vocational training centres is a domestic matter for the Chinese government”.

Make no mistake, McClay is also known for accepting NZ$150,000 (US$99,000) from Lang Lin, a Chinese businessman. The funds were given via Lang’s New Zealand-registered company Inner Mongolia Rider Horse.

The most astonishing fact is that the National Party’s main fund-raiser among the New Zealand’s Chinese community, Dr Jian Yang, has a notorious past of serving 15 years in Chinese military intelligence. Between 2008 and 2017, the party received at least NZ$1.3 million (US$855,000) in political donations from figures associated with China’s United Front Work Department.

An influential United States Congress hearing in 2019 was told that “one of the major fundraisers for Jacinda Ardern’s party” is linked to the Chinese Communist Party and it showed China had penetrated New Zealand’s political networks.

New Zealand has always been the weakest link among the Five Eyes alliance. Owing to the massive Chinese influence on the country’s trade and economy, New Zealand has never dared to call out China’s illicit trade practices or its oppressive regime in Xinjiang and Hong Kong. The trade to China accounts for 28% of New Zealand’s overall exports.

Chinese tourists spend nearly $1.7 billion annually in the country. International education is a $5bn industry for New Zealand, and Chinese students make up about 47% of international students in New Zealand’s universities. The same over-dependence is stopping the Jacinda Ardern administration from openly calling out Chinese belligerence, making the country the least trusted ally in the group of Five Eyes.

What the Sun is to our Solar System is what China has become to New Zealand’s politics over the past decade. The exponential contribution by China to New Zealand’s economy has rendered the Jacinda administration politically neutered to stand up to China. So, the emergence of New Zealand’s judiciary as the bulwark against China’s interventions is the only hope left for defenders of democracy in New Zealand.