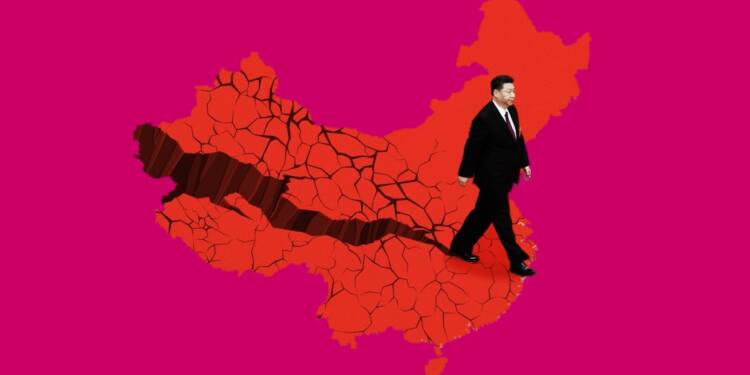 There is no scarcity of troubles for the Chinese regime of late. China’s real estate sector has spurred an economic crisis in the country. The energy crisis has already weighed down post-pandemic economic recovery, and now the water crisis looks all set to aggravate China’s economic plight.

China may have acquired enormous wealth over the last two decades, but it remains immensely poor in terms of water resources. 700 million of China’s total population endures water scarcity almost every day. China’s per capita water availability is one-quarter of the global average.

Groundwater depletion has reached staggering levels, causing some parts of Beijing to fall into the earth by more than 14 centimetres per year. Experts identify three major reasons for this imminent water crisis in China:

For worse, the first two factors are impossible to be adjusted. All the same, the government has paid no heed towards improving the water management system.

Adding to this, Climate change is also taking a massive toll upon China’s water resources. Freshwater availability has taken a big hit in wake of China’s fast-melting glaciers.

A study by Greenpeace in 2018 revealed that 82% of China’s glaciers have retreated and more than one-fifth of the ice cover has disappeared since the 1950s.

But the situation could seriously exacerbate by the end of 2030 when Chinese glaciers are expected to reach their “peak water” level. Peak Water level is a point from where the quantity of water released from storage within the melting glacier starts to decline.

Consequently, glacial run-off into the Yangtze alone has been reduced by 13.9% since the 1990s.

The combination of inefficient water management and widespread water pollution has rendered China unable to effectively supply enough consumable water in some provinces.

Authorities are clamping down on industrial energy consumption to ease the electricity crisis, which is proving disastrous for China’s manufacturers.

Water is vital for almost every industrial activity. Besides agriculture, water is critical for power generation, mining, industry, and the consumer products we rely on every single day. To put things into perspective, 3000 gallons of water that it takes to make the typical smartphone.

So, it is understandable how an export-based economy like China is going to witness its fortunes sinking due to an acute shortage of water resources.

Bane for the real-estate sector:

Lesser water would mean lesser economic activities, further straining the already-stressed supply chains. This may also lead to de-urbanization in various Chinese cities, where people would find it absolutely necessary to ditch concrete jungles for water and other natural resources in the countryside. This could very well augment the current real estate sector crisis in the nation and even render Chinese megacities into ghost cities in the coming five to ten years.