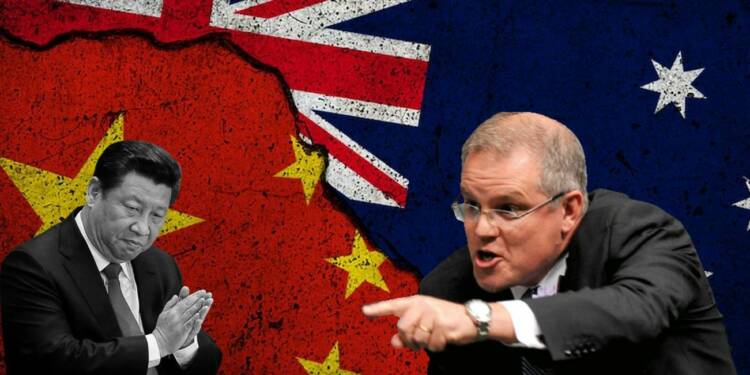 Australia’s new sanction laws are sending shivers down the spine of Chinese President Xi Jinping; not because these laws may hurt the interests of the Chinese government, but because those may inflict personal injury on Xi Jinping’s family living in Australia.

You read that right! Australia’s Prime Minister Scott Morrison has now acquired legal powers to wrest hefty assets owned by Jinping’s family and bring them under the control of the Australian government.

Whereabouts of Jinping’s family in Australia:

Jinping’s older sister Qi Qiao and her husband are living in Australia for decades. Jinping’s younger brother Xi Yuan Ping is also residing in Australia. The family owns assets worth millions in the country amassed at the behest of Chinese strongman Xi Jinping.

The family is incredibly powerful and even implicit in international money laundering activities. Take Xi Jinping’s cousin Ming Chai for example. In 2016, Chai was accused by Australian federal agencies of having ties with Chinese crime syndicates that were operated by the Chinese Communist Party.

Chai had also developed close connections with a notorious Chinese businessman Tom Zhou, owner of the company Chinatown, who was accused of organizing gambling tours for clients betting tens of millions of dollars in Australia.

This shows that there is no scarcity of reasons why Jinping’s family may invite the wrath of the Morrison administration anytime soon.

On Thursday, Australia had passed new rules that paved the way to sanction those accused of committing serious human rights violations. In a media release, Foreign Minister Marise Payne stated, “The reforms will enable Australia to sanction individuals and entities responsible for, or complicit in, egregious conduct, including malicious cyber activity, serious human rights abuses and violations, and serious corruption.”

This raises doubts whether these laws are specially crafted to punish China, and particularly the Jinping family that continues to exploit democratic leisure for decades.

Why Xi’s family could become the casualty of Australia’s sanctions?

Xi Jinping is a great threat to humanity. As recent reports in the US media reveal, Jinping is personally involved in enabling ethnic cleansing of Uyghur Muslims in Xinjiang.

He is hell-bent on downsizing democratic governments across the world. He facilitated the spread of deadly Covid-19 out from China, which has so far claimed over 5 million innocent lives. He needs to be punished for his evil deeds, and Scott Morrison is moving ahead in that direction only. If Morrison goes ahead with his plans of stripping Jinping’s relatives of their assets and properties, it will bring Jinping a disaster of epic proportions.

Jinping doesn’t love his party or nation, but he loves his family and relatives. Jinping has ensured his relatives live a prosperous life away from China in his bid to steer them clear of the dirty politics of the CCP. But if Canberra’s new sanction laws are any indication, Australia is no longer a safe haven for the corrupt Jinping family.

Jinping last year had unleashed an economic war on China that has already wounded the Chinese economy vehemently. China lost the trade war to Australia, and there is no stopping Scott Morrison now. His latest target is Xi Jinping’s family, and that’s only going to amplify his miseries and woes.