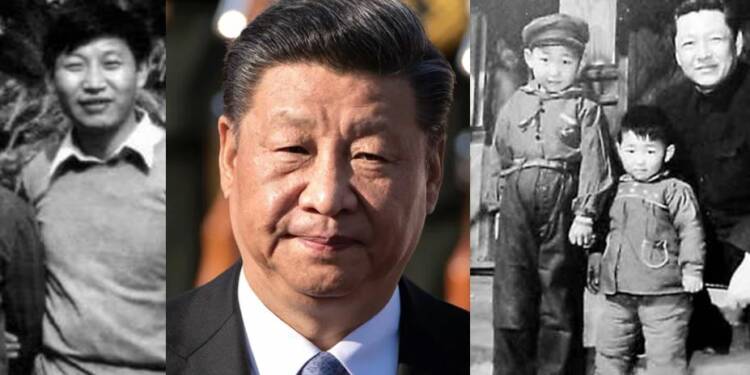 Xi Jinping is the Red Emperor- the President of China and seemingly the most powerful man living in the People’s Republic of China. But such is the ruthlessness of Beijing’s Communist system that even Xi cannot gather the courage to let his family stay in China.

Xi is presently fighting a bitter battle with the democratic world. Yet, Xi’s family members live in Australia, the United States of America, or Canada. So, why can’t Xi’s family members stay in China? Well, as absurd as it may sound, Xi remains an insecure Chinese citizen. Despite being the CCP General Secretary, he cannot trust the Chinese Communist Party. And the reason behind the Chinese President’s insecurities dates back to his childhood.

If China is great why theu aren’t Chinese nationality ? pic.twitter.com/f4leDVfu2C

One of Xi Jinping’s most prominent family members- his daughter, Xi Mingze, graduated from the Harvard University in 2014. Last year, Taiwan News stated that as per reports at that time, it seemed as if Mingze may have returned to the US to engage in graduate-level studies at the Harvard University.

Mingze’s re-enrollment suggested that Xi considered his daughter to be safer in the US than in Beijing. Also, Mingze has not made many public appearances within China, despite being a member of the Communist nation’s first family. Xi also has a sister staying in Canada, apart from some relatives in Australia. The Chinese President also has a brother and a sister in Hong Kong. However, none of his prominent relatives is known to be living in mainland China.

Jinping is presumably keeping his family away from China, due to a strong sense of fear rooted in his bruised childhood. Jinping was fortunate enough to be born to an influential Chinese family. His father, Xi Zhongxun was one of Mao Zedong’s closest comrades who along with Mao overthrew the Kuomintang rule and established the People’s Republic of China.

Mao had once described Zhongxun as a “leader of the people”. Zhongxun was also rewarded and even made China’s youngest Vice Premier during the 1950s.

However, things soon went downhill for Zhongxun, after he supported a novel perceived to be critical of Mao and his policies. As a young child, Xi Jinping saw his father get jailed and his family’s house attacked by student militants. Jinping himself was expelled from his Beijing school.

The Chinese President’s mother was then compelled to publicly denounce his father, and the targeted harassment of Xi Jinping’s family members even led to one of his sisters committing suicide. Worse still, Xi got caught up in Mao’s ‘Cultural Revolution’.

According to Chinese propaganda outlets, Xi Jinping went to a remote Chinese town where he did manual labour for seven years and lived in a cave house as a part of the ‘Cultural Revolution’. Jinping was unable to get accustomed to rural life and tried to flee to Beijing. But he was detained and sent to a camp where Xi had to dig ditches.

What you must understand is that Xi Jinping belonged to no ordinary family. His father was a part of the top CCP leadership and yet Xi Jinping’s childhood got destroyed. This is the beauty of China’s Communist system. You may be a commoner or a high-ranking official’s son, but there is always a possibility that the CCP will violate your human rights. No one knows this better than Xi Jinping, who has himself purged several top-ranking CCP leaders.

Now, Xi Jinping understands that today he may be the CCP General Secretary, but fortunes can go downhill very quickly. He certainly doesn’t want his daughter and rest of his sisters to face the kind of humiliation that Jinping’s father, an ex-Vice Premier had to face. So, Xi Jinping may be China’s most powerful man but China certainly can’t be a home for his family members.

China’s hold on Canada is so strong that the government, opposition and the media are tight-lipped about the PLA war-drills