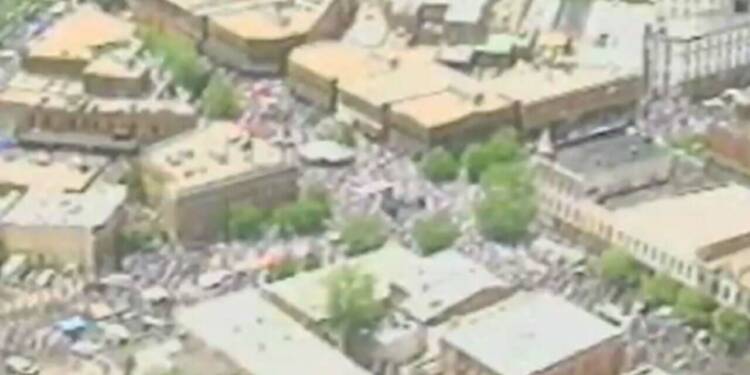 What is Dan’s Bake Sale?

The highways were crowded with Rush fans from all over the country. It is estimated that a minimum of 20,000 fans were present at that random event.

Rush was headed to Colorado for this Dan’s Bake sale. Fans traveled in cars, airplanes and tour buses from nearly every state to show their support for the “bake sale” that Limbaugh had been promoting on his national radio show for two months.

The police escorted Limbaugh to the stage, where he talked to the crowd for about 10 minutes.

Dan’s Bake Sale became a symbol of how the American economic system should function. It was addressed on the show as a paradigm of what economic conservatism is meant to be about, both economically and to some extent philosophically, not only in the 1990s but also in the 2000s. People believe that the event or the initiative was unsuccessful.

Conservatives have different views though. Dan’s Bake Sale may have been the largest grassroots political or non-political event in the United States during the 1990s. The videos of the events are available all over the internet but no one is ready to talk about it.

Rush Hudson Limbaugh was a conservative political analyst, author, and television show host in the United States. He was best known as the host of The Rush Limbaugh Show, which aired on AM and FM radio stations across the country.

During the 1990s, Limbaugh rose to prominence as one of America’s most prominent conservative speakers, hosting a national television show from 1992 to 1996.

He was one of the highest-paid individuals in American radio history, with earnings of $84.5 million according to Forbes in 2018. According to Talkers Magazine, Limbaugh’s show had a cumulative weekly audience of 15.5 million listeners in December 2019, making it the most-listened-to radio show in the United States.

Limbaugh also published seven books, the first two of which, The Way Things Ought to Be and See, I Told You So, were New York Times Best Sellers.

Limbaugh was conservative and a Trump supporter who received the Presidential Medal of Freedom in February 2020, which sparked controversy. But the conservatives believed that he was worthy of the honor.

His Dan’s Bakes Sale event was also in controversy and even today there is no formal mention of the event in any media of the United States and the encyclopedia Wikipedia is also manipulated on this unprecedented event of Dan’s Bake Sale.

The conservative talk radio broadcaster continues to dominate the airwaves despite being diagnosed with severe lung cancer. He had been the voice of many conservatives in the United States through his books and shows. He died on February 17, 2021.

Also Read: What zone is Virginia for plants: everything you need to know