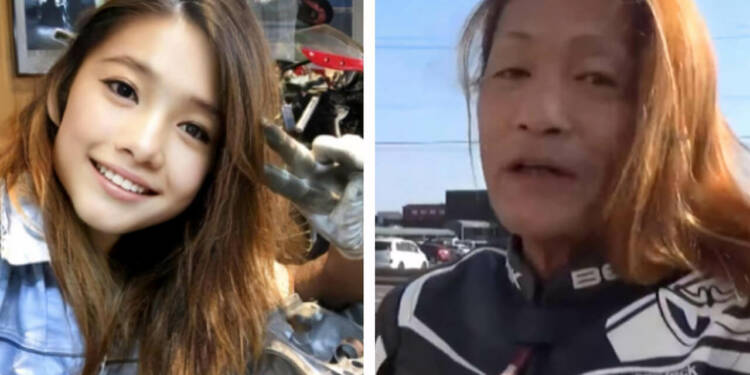 Soya no Sohi, a Japanese ‘female’ motorcycle rider, deceived thousands of people on social media. The truth was revealed after she’d identified herself as Yasuo Nakajima, a 50-year-old man who had used the iPhone programme FaceApp to change his appearance in every photo. The man, usually clothed in a biker jacket and standing next to sportbikes, publishes photos from his bike rides.

How it was revealed

This revelation occurred after he removed his motorcycle helmet to reveal himself. He had shared photos of a Mito Rokutanda Rokujizo weeping cherry tree. He also shared a photo of himself with long, lush hair, as if he were a girl.

Yasuo claimed at a show that he chose the character because no one wants to read what a typical middle-aged man has to say. The 50-year-old man’s popularity skyrocketed once he revealed his secret. Many of his fans believed that his demeanor was more important to them than his appearance. When a Japanese entertainment TV show succeeded in tracking down the originator of Yasuo’s Twitter profile, the truth about him came to light.

Who is Soya no Sohi

Since he was a youth, Yasuo has been riding and repairing motorbikes. Yasuo’s favorite winter rides at Cape Soya, Japan’s northernmost point, are known as “Soya no Sohi,” meaning “Soya’s Blue Ice.” He loves motorcycles as does his family members.

Soya no Sohi gained tens of thousands of Twitter followers as a lovely, youthful motorcycle enthusiast who posted daily images of herself riding her ancient Yamaha sport bikes around mountains and beaches in northern Japan.

Then, in March, the internet sensation revealed his true identity: Soya no Sohi was actually Yasuo Nakajima, a 50-year-old man who had used the iPhone programme FaceApp to alter his appearance in every photo. All of the more than 300 selfies he’d uploaded since last summer — the ones with the glossy complexion and flawless grin — were computer-generated doppelgängers.

What happened to Soya no Sohi after the revelation

Then something strange happened his number of followers skyrocketed. Soya no Sohi followers didn’t express outrage or betrayal at the year-long deception; many said they were more interested in his personality than his appearance.

Nakajima had taken advantage of a popular type of artificial intelligence that had the unusual ability to warp the environment with a few taps. Millions of people have used “facial filters” to remove wrinkles, change hairstyles, and “improve” their appearance in images, largely so they could publish them on social media and have them labeled, evaluated, and ranked by shares and likes.

Nakajima, on the other hand, had taken the technology to its logical conclusion: he hadn’t merely perfected his face; he’d created a new one. He had acquired the trust and affection of a group of strangers who had no idea who he really was because of it. And since his unmasking, he’s been posting as smiling Soya no Sohi more than ever, continuing the fantasy.