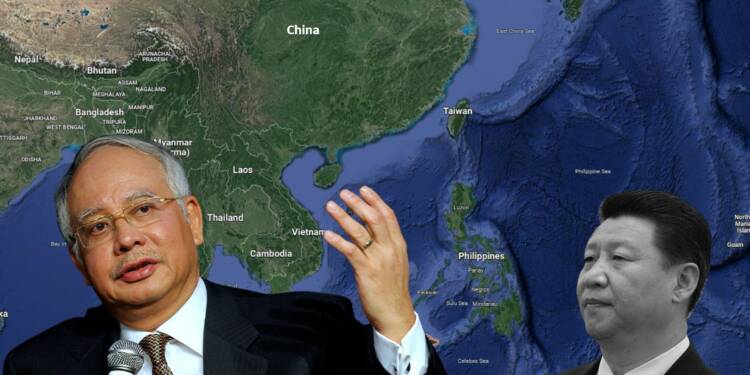 However, UMNO is rising all over again and Razak too is regaining much of the popularity that he had lost in the past few years. It seems that UMNO will regain its stronghold in Malaysia. Yet, Najib Razak must overcome the China challenge, if he wants to catapult his party to its former glory in the Southeast Asian nation.

Najib Razak on course to make a major comeback:

Najib Razak, who was voted out by the people of Malaysia in 2018 after a nine-year stint as the country’s Prime Minister, is now running for the top post all over again. In November, he helped his party UMNO bag a major victory in the Malacca state. Presently, UMNO leads a weak coalition and with its victory in Malacca, the party might just consider calling an early national election in order to consolidate its position at a national level.

For Razak, fortunes have swung quickly. In July 2020, the ex-Malaysia Prime Minister was sentenced to 12 years in jail by the High Court, along with a hefty fine of $49.62 million. The former Malaysian Prime Minister was found guilty on all seven charges in a case involving a deposit of $10 million of funds in his personal accounts from a former unit of troubled State fund 1MDB. Razak had, of course, denied all wrongdoing. Anyhow, the ex-Prime Minister filed an appeal which is set to be decided on December 8.

Whether Najib Razak will make it big depends totally on the direction in which his legal disputes go. If the ruling goes in his favour, then there is no stopping Razak, but if the sentence against him is upheld, then the former Prime Minister will be in for some trouble.

Given the charges against him, Razak is fighting passionately for his political career. Though he has not formally declared his candidature, Razak is running a strong political campaign through social media for rehabilitating his tarnished image. Last month, he wrote a Facebook post stating, “Every day they talk about Najib, Najib, Najib – from social media to the election campaign to Parliament it is the same.” Razak added, “Isn’t there anything else to discuss in Parliament like the people’s welfare or the development of the country?”

Malaysians are supporting Razak because they are fed up with political instability and a severe economic crisis in their country. In any case, Razak remains the tallest political leader in the Southeast Asian nation and the only hope for bringing back political stability.

In order to divert attention away from the corruption allegations against him, Razak is focussing on more fundamental issues like subsidies and unemployment. At the end of the day, let us admit that corruption allegations at the top level do grab attention for some time but since they do not affect the everyday lives of people, it is the fundamental issues that ultimately decide the fate of a leader.

By focussing on the issues that Malaysians face in their lives, Razak is gaining the sympathy of the voters, and this can help him stage a comeback. In any case, if Razak manages to grab political power all over again, then the corruption allegations against him can be resolved with the means of a royal pardon. However, there is another issue that Razak must face- the China angle.

While the global media blames corruption allegations against Razak for his downfall in 2018, his Sinophilia was another contentious issue that triggered his shock defeat. Razak had taken the Chinese bait during his nine-year-long stint as Malaysia’s Prime Minister. He had courted Chinese investments and promoted a peaceful solution to the South China Sea disputes with Beijing. Razak’s pro-China attitude had become a major political issue within the Southeast Asian country, and he was even accused of “selling off” Malaysia to Beijing.

China’s Belt and Road Initiative (BRI) too had gained a foothold in Malaysia during the reign of former Prime Minister Najib Razak. Later, it was disclosed that a number of the BRI projects, such as the East Coast Rail Link (ECRL) and two pipeline projects, contained dubious terms. The Mahathir regime claimed that ECRL was heavily inflated by up to $7.09 billion to pay down 1MDB’s debts. Such allegations disclosed China’s nefarious designs in Malaysia and mounted even more pressure on Razak.

Razak’s successor, Mahathir bin Mohamad, himself picked up the China issue during his election campaign. It is a different matter that Mahathir, a volatile nonagenarian ultimately succumbed to Chinese influence on issues like Huawei and Chinese belligerence in the South China Sea. Yet, one thing is clear, if Razak wants to make a political comeback, then he must get rid of the pro-China tag.

Let’s not forget that tensions have been escalating quickly between Malaysia and China. Earlier this year, 16 Chinese People’s Liberation Army Air Force (PLAAF) aircrafts flew through Malaysian airspace in a large-scale exercise. Later, in October, Malaysia summoned China’s Ambassador and protested against the “presence and activities” of Chinese vessels in the Southeast Asian nation’s Exclusive Economic Zone (EEZ) in the South China Sea off the island of Borneo.

Due to rising military and diplomatic tensions between Kuala Lumpur and Beijing, most Malaysians have started hating the Chinese State. No political leader can survive in Malaysia if he doesn’t vow to take on the Chinese Communist Party (CCP) while severing all ties with the Communist nation.

Najib Razak wants to make a grand comeback in Malaysian politics and given the present state of Sino-Malaysian relations, you can expect him to emerge as a China hawk in his election campaign.