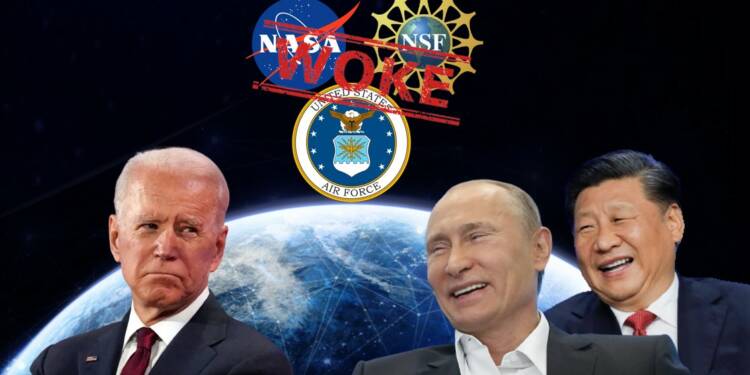 Hard times create strong men, strong men create good times and good times create weak men, who then create hard times and the cycle continues. This has been the cyclical story of civilisations and empires from time immemorial. This is what historians observe in the case of the Roman empire, and the way things are heading in the United States, where people are creating problems out of the cloud, the USA too is heading in the same direction. The latest addition to the multiple examples already available is how the US Space program is more interested in diversity and equity, rather than merit and competence.

The country’s stated 10-year space ambitions do not include improvements in low-orbit technology to fight global threats. On Nov. 4, the National Academies of Sciences, Engineering, and Medicine presented a 10-year assessment in the domains of astronomy and astrophysics, defining objectives and funding recommendations for the next ten years. Probes for Earth-like planets outside our solar system, research into the nature of black holes, and efforts to “revolutionise understanding” of galaxy evolution are among them.

NASA, the National Science Foundation (NSF), the United States Department of Energy, and the United States Air Force commissioned the report, which makes racially contentious efforts at “diversity” and “inclusion” a priority of its instruction, even tying grant money to compliance.

“The pressing need to increase diversity, equality, and inclusion in all parts of society drove our poll,” the authors stated, pointing to the growing popularity of the Black Lives Matter movement. “There is a lot of momentum for change, and now is the time to be serious about it.” Only by active engagement and diversity, equality, and inclusion-focused vision will we be able to change the defaults under which astronomy is performed.”

While the countries which are vying for the position that the US stands on right now are not buying any of the theories like the Critical Race Theory, the Biden administration is going headfirst into implementing it, even if the people want it or not.

In the United States, the Critical Race Theory has been pushed down the throats of normal American citizens all over the country. The agents of the left-liberal, big, or small, have been inoculating the citizens with their radical, discriminating, and divisive race theory. But now the largest teachers’ union in the US is determined to push the CRT (Critical Race Theory) on children as well as they have determined it to be “reasonable and appropriate” in social studies classes.

The National Education Association earlier this year voted to “publicise” the critical race theory and deploy a “team of staffers” to help union members “push back against anti-Critical Race Theory propaganda.” New Business Item 39 also asserts that the union opposes critical race theory prohibitions and the New York Times’ controversial 1619 Project, which has already been adopted in about half of the United States.

The realities the US wants to remain oblivious about:

While China rapidly weaponizes space, developing a nuclear-capable hypersonic missile capable of remaining in orbit in October, the woke industrial complex diverts attention away from US concerns. “Developing and diversifying the scientific workforce” is described as a “foundational action” with “equity” commitments. The word “equity” appears 94 times in the 600-page study. The authors concluded, “The grim realisation of persistent discrimination in the form of racism, bias, and harassment obstructs progress toward developing a truly diverse and inclusive workforce,” justifying recommendations to increase data-gathering efforts to investigate racism in science. “The requirement for statistics to analyse equitable outcomes of proposal competitions is at the heart of a diversity-, equity-, and inclusivity-focused approach.”

The study particularly requests that NASA, the Department of Energy, and the National Science Foundation (NSF) take diversity into account “in the evaluation of funding awards to individual investigators, project and mission teams, and third-party facilities management firms.” Even though it is not a military organisation, the congressionally constituted charity aims to “inform policy” by serving as an intellectual backbone on significant topics and guiding agency objectives in the process.

And to the amusement of many of you, the federal government commissioned the group’s analysis, which shows a misplaced concentration on skin colour rather than a strategy focused only on technology and innovation. While freedom-loving and democratic advocates of the world will find it saddening, leaders in China must be laughing while analysing the report as they are preparing to leapfrog the United States in terms of space and global combat capabilities.