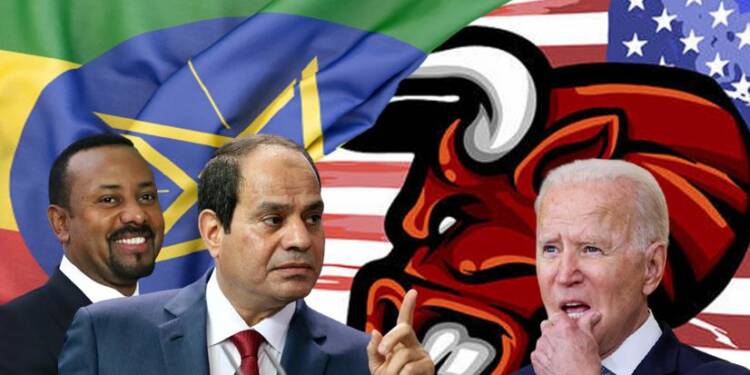 Africa is a harsh political terrain and is getting harsher with each passing day. The two disputes that bulk larger over the region are:

Although not directly connected, these two disputes are creating rivaling blocks in the region. Egypt, which is entangled in a dam dispute with Ethiopia, may end up supporting Ethiopia in its war against the TPLF.

So, Ethiopia is not just battling a bloody war with the TPLF forces, but is also enmeshed in a geopolitical crisis with Sudan and Egypt. To make things worse for Ethiopia, TPLF and Sudan seem to have joined hands to pile up pressure on Addis Ababa. Moreover, the US is also fanning the anti-Ethiopian movement in the Tigray region by throwing its weight behind the TPLF forces.

However, Ethiopia also has considerable diplomatic backing from nations like Eritrea, Djibouti, Russia and the UAE. Interestingly, despite being at odds with the Abiy Ahmed administration of Ethiopia, Egypt is treading a cautious path on the Addis Ababa-TPLF conflict.

Why does Egypt fear a TPLF-governed Ethiopia?

Ethiopia is building the Grand Ethiopian Renaissance Dam on the Blue Nile river, sparking concerns in Sudan and Egypt. Make no mistake, if TPLF manages to overthrow the Abiy Ahmed government, it could vehemently augment the Dam crisis, since the TPLF may very well take a more radical approach on the issue.

Also read: To understand the Ethiopian war, one must understand Eritrea

Maj. Gen. Mohammed Ali Bilal, former deputy chief of staff of the Egyptian armed forces, recently told media, “We are not sure if the TPLF agrees with us on the mechanisms to operate the dam. Egypt is thus keeping a close eye on the conflict in Ethiopia; Cairo wants stability in Addis Ababa so it can negotiate with a stable government.”

Bilal also mentioned that Egypt is pressing Washington DC to ask warring parties in the region to consider diplomatic engagements. Egypt may be at loggerheads with the Ethiopian government, but it understands that the dam dispute is not linked to the bloody war between TPLF and Ethiopia. TPLF also supports building the GERD, and Egypt may find itself in a more troublesome situation if TPLF is enthroned in Addis Ababa.

Needless to mention, the UAE is already supporting the Ethiopian government. An Al Jazeera report published in November revealed that more than 90 flights between the UAE and Ethiopia had plied between September and November. The UAE is believed to have been providing extensive military support to Ethiopia to fight out Tigray terrorists.

Egypt is banking on the civil government in Ethiopia to keep the window of negotiations open over the GERD dispute. It is gathering support from regional governments meanwhile. For instance, Egypt recently hosted Tanzanian president, Samia Hassan, in Cairo. President Abdel Fattah al-Sisi in a joint statement affirmed that water is a matter of national security for Egypt.

Also read: The African water wars are here: Egypt and Ethiopia could go to war over river Nile

Hence, Egypt may become the next party to engage in the Ethiopian dispute. Egypt may refrain from providing military support to the Ethiopian government, but its diplomatic support will help Abiy Ahmed further ostracize Sudan and the TPLF in the region.

Kamala Harris’ days in the White House are numbered