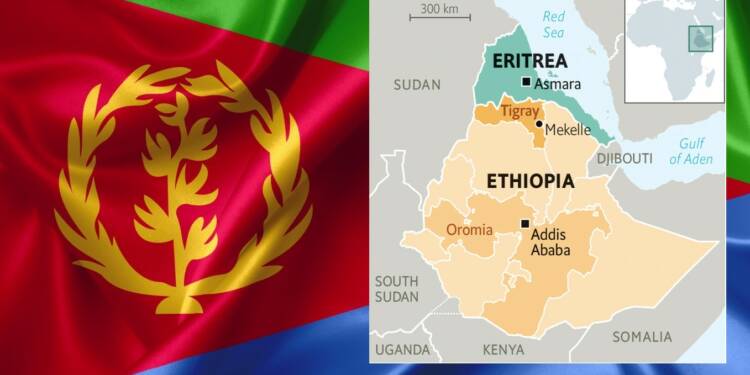 The thing about big wars is that every actor thinks that it is right, and every actor has his own story to tell. You must have heard about the ongoing Tigray conflict in Ethiopia, an East African nation located in the strategically significant Horn of Africa. Both the Abiy Ahmed and the Tigray People’s Liberation Front (TPLF) have their own story to tell. The UAE and Russia are actively supporting the Ethiopian government, whereas US President Joe Biden supports the TPLF because destabilising Ethiopia and installing a puppet regime in the East African nation would help the US to shore up its influence in the Horn of Africa. However, there is a third actor also – Eritrea, which has its own story to tell.

Eritrea is a relatively newer nation, having got separated from Ethiopia in the 1990s. The country had to fight a 30-year long independence war before it succeeded under the leadership of its incumbent President Isaias Afwerki.

During the independence struggle, Isaias’ Eritrean People’s Liberation Front, (EPLF) shared a sense of camaraderie with Meles Zenawi’s fighters from the northern Tigray region, which is presently at war with the Ethiopian government and borders Eritrea.

While EPLF wanted independence, Zenawi had the ambition to oust then Ethiopian dictator Mengistu Haile Mariam. Ultimately, both of them had succeeded and when Eritrea organised its independence ceremony, Isaias and Meles, who had become the prime minister of Ethiopia at the time, spoke about cooperation and a collaborative future.

Fallout between Eritrea and TPLF

On his part, Isaias found it necessary to cooperate with Zenawi, because he thought that the TPLF leader had a role to play in his country’s liberation. However, the camaraderie between TPLF and Eritrea soon evaporated with Eritrea challenging the Ethiopian position of hegemony in the Horn of Africa. In 1998, Eritrea and TPLF-led Ethiopia went to war, in which Eritrea got defeated.

Ultimately, the Isaias government signed a peace agreement and subjected its border dispute with Ethiopia to international arbitration by an independent commission. However, TPLF simply refused to abide by the commission’s first award in 2002 and it soon became clear that Eritrea and TPLF will not be able to make peace despite Zenawi’s death in the year 2012.

How Dr Abiy Ahmed changed everything:

Dr Abiy Ahmed, a man of mixed Oromo-Amharic parentage came to power in Ethiopia in 2018 and changed everything. He replaced the TPLF and also and got the Eritrean-Ethiopia peace deal concluded, for which Ahmed was given the Nobel Peace Prize. He even promised to accept the 2002 boundary commission which means that Ethiopia and Eritrea have become friends again.

Therefore, when TPLF went to war with Ethiopia, Eritrea decided to back Ethiopia and sent in its troops. This was also a result of Eritrea’s history of betrayal with the TPLF and a desire to consolidate its position in the region.

The TPLF, on the other hand, is not backing off because of its ultra-nationalist ideology. For years, TPLF has evoked sentiment of ultranationalism and ethnic pride combined with a false notion of victimhood amongst the Tigray people. TPLF thus effectively gets reduced into a militant group perpetually in war to ‘protect’ its people.

Why is the US getting involved:

The US has its reasons to do what it is doing. The US has a very limited presence in the Horn of Africa, a strategically crucial region that offers access to Yemen, the Gulf of Aden and the Red Sea, apart from serving as the source of the River Nile.

Russia has become a major arms supplier to the region, while China has become a leading investor. Saudi Arabia and the UAE too are enjoying close ties with the Horn of Africa nations. Also, Eritrea seems to be firmly in control of its leader Isaias, who is a long-time dictator. Similarly, Ethiopians back their leader Abiy Ahmed who saved the country from civil war and is introducing staggering reforms to tackle ethnic conflict and the Christian-Muslim divide in Ethiopia.

Meanwhile, regional conflicts are also dying down with Eritrea’s leader Isaias normalizing ties with Somalia and Ethiopia. In fact, Isaias is also looking to mediate the Nile dam dispute between Egypt, Ethiopia and Sudan. Eritrea’s efforts thus threaten to totally side-line the US.

As the Horn of Africa embraces an era of peace and prosperity, and Ethiopia and Eritrea marginalize the TPLF, the US is getting nervous, and Biden is increasingly trying to drum up support for the TPLF.

For Eritrea, however, defeating the TPLF is both a matter of prestige and its realisation of how the militant group can harm the entire region.

Israel’s left should brace for a big betrayal from Bennett, paving way for Netanyahu