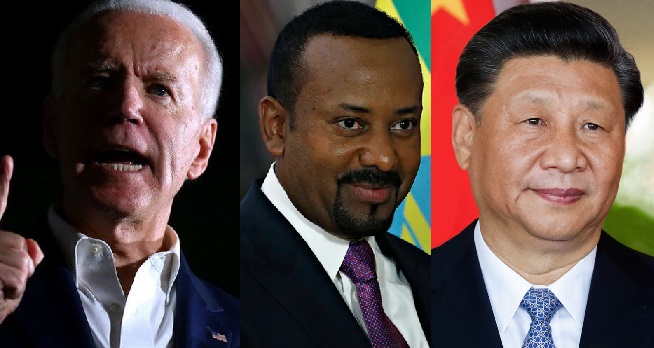 The onset of the Tigray war in Ethiopia has pushed the country on the verge of implosion. The conflict between Prime Minister Abiy Ahmed-led Prosperity Party government and Tigray’s People’s Liberation Front (TPLF) has embroiled Ethiopia into myriad regional as well as geopolitical tensions. The TPLF is essentially a violent separatist movement in Ethiopia led by the country’s former rulers for 27 years.

The Tigray’s People’s Liberation Front was ousted from the government in 2018 after nearly three decades of repressive rule, which prompted the TPLF members to wage a battle against the government forces from Ethiopia’s northernmost region of Tigray. The TPLF fighters had launched an attack on the Northern Command headquarters of the government-backed Ethiopian National Defense Forces (ENDF) in November 2020, which augmented the conflict to an extent that the country could witness a humanitarian crisis if a political solution is not reached anytime soon.

The USA’s intervention and China’s opportunism

The foreign intervention has only aggravated the situation. The US has thrown its full weight behind the TPLF separatists alleging the government of committing war crimes and human rights abuses. The US has condemned the Ethiopian airstrikes and military offense against the TPLF. Moreover, the Biden administration has also announced sweeping sanctions against the Ethiopian government. Biden recently said that he is “determined” to halt the fighting. He has also vowed to “push for a peaceful resolution of this conflict,” while calling on warring parties to halt hostilities immediately.

Read More: With his pointless sanctions on Ethiopia, Biden has ceded the Horn of Africa to Russia

Nonetheless, the tensions between the Biden administration and the Ethiopian government have provided China a stick to beat the US with. China on Wednesday condemned the USA’s move to sanction the Ethiopian government while accusing it of interfering in other countries’ internal affairs. “We oppose the wanton exertion of pressure through sanctions or the threat of imposing sanctions to interfere in other countries’ internal affairs,” said Chinese Foreign Ministry spokesman Zhao Lijian at a news conference in Beijing.

Ethiopia, Africa’s second-most populous and strategically placed country in the Horn of Africa, is vital for China’s BRI ambitions in the region. Ethiopia’s developmental paradigm was highly influenced by Chinese investment since 1991 after the former’s civil war. China eventually became the top trade and investment partner of Ethiopia. China is currently the top import and export partner of Ethiopia absorbing around 17% of the country’s total exports while exporting 26.5% of its total imports. Now, by putting sanctions on the Ethiopian government, the Biden administration is only ensuring the demise of American interests in the country. On the other hand, China is using this opportunity to tighten its grip on the government.

Anti-China sentiments on rise in Africa

But, Ethiopia is wise enough not to hinge all of its hopes on China. The anti-China sentiments are rising in Africa, and Ethiopia is no different. Owing to the country’s fragile economy, Ethiopia has so far shied away from calling out China’s economic coercion. However, the trend indicates a pushback for China sooner than later. The Countries like the Democratic Republic of Congo, Sierra Leone, Ghana and Kenya have begun cancelling Chinese projects, and Beijing is running helter-skelter for cover as its expansionist dreams get jeopardized by African nations despite it having crushed them under the weight of massive debts.

The Russia angle to Ethiopia’s tale

On the other hand, Ethiopia has shown a willingness to forge closer ties with Russia. Russia is challenging the status quo in Africa, using insecurity and diplomatic disputes with Western powers as a springboard to expand its presence on the continent. From Libya to Nigeria, Ethiopia to Mali, Moscow has been building key strategic military alliances and an increasingly favorable public profile across Africa in recent years. Ethiopia too has signed military cooperation agreement with Russia indicating Moscow’s increasing influence over the country. 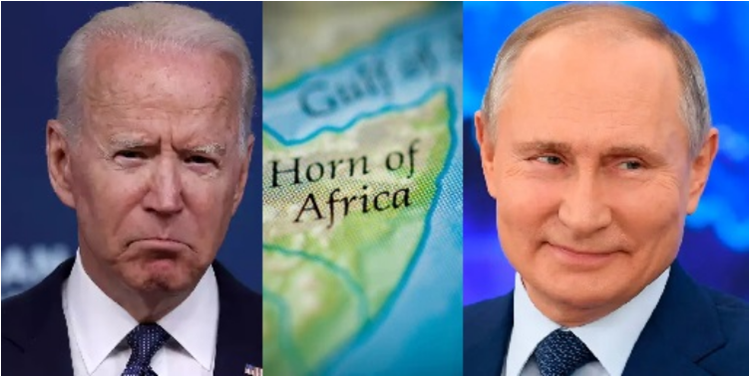 Despite having a fragile economy and political instability, Ethiopia is trying its best to keep its foreign policy independent of any external influence. The African nation needs China to keep its economy afloat; however, it is also growing closer to Russia owing to its geopolitical needs. Ethiopia is courting China to keep the TPLF threat at bay. However, Ethiopia will dump China for greater powers as soon as it eradicates the Biden-TPLF nexus.

China knows it will not be accepted in CPTPP, but it is gambling away all its might to break it apart