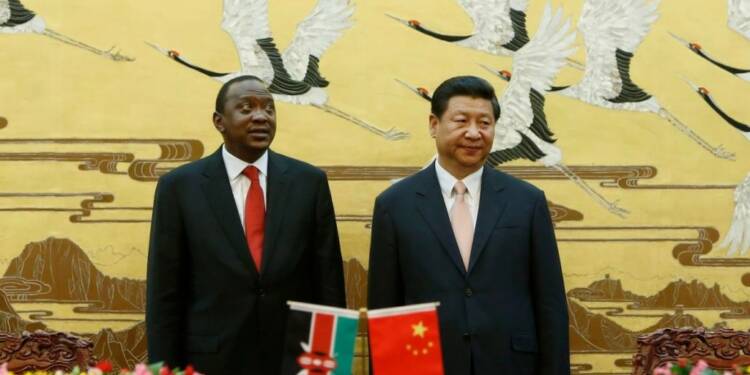 China’s debts and investments in the African continent have been turning sour. Chinese ambitions of colonising the continent too, as a consequence, are taking a massive drubbing. In what comes as the latest news in the backdrop of China realising that African countries have come to know of its game plan, investments by Beijing into the continent have been decreasing dramatically. According to a study by the China-Africa Research Initiative (CARI) at Johns Hopkins University, China’s lending to Africa dropped by nearly 30 per cent in 2019 after Chinese financiers stopped “blindly dumping” loans into African countries with debt distress.

The study found that China’s loans to the continent amounted to US$7 billion in 2019, down from US$9.9 billion a year earlier. While Chinese lending to Africa in the year 2019 dropped to a historic low, a year prior, in 2018, Chinese lending to the continent had stood at $9.9 billion. According to a report by the Financial Times, the Chinese Loans to Africa Database showed that in 2019 Chinese lenders shifted lending away from African countries that had recently restructured or reprofiled their debt. Banks cut lending to Angola, Cameroon, Djibouti, Ethiopia and the Republic of Congo.

Mind you, Chinese debts in Africa have been going bad even before the Wuhan virus pandemic upended the global economy. With the pandemic starting to rage by last year, such bad debt woes of China in the continent it had initially set out to enthusiastically colonise only stood exacerbated. Although data of 2020-21 is yet to be published by stakeholders, statistics are only bound to slump further from the $9.9 billion which the paper dragon had invested in 2019. As a direct consequence of the same, Xi Jinping’s flagship Belt and Road Initiative (BRI) has also gone down the drain in Africa.

Chinese loan amounts have been dwindling tremendously, with Angola leading the way with $19.3 billion in 2016 to just $80 million in 2018. Angola also saw one of the biggest Chinese emigrations when around 40 per cent of its Chinese population left the country. Algeria, one of the biggest destinations of Chinese loans since the turn of the century has also seen a similar trend. TFI reported earlier how the African states were treading carefully across the Chinese debt-trap policy and forced China to sign debt suspensions with 11 African nations. Backed by the rich G20 countries, the African states forced China to sign the DSSI.

Interestingly, although China is retreating from countries like Angola and Ethiopia due to a bad-debt crisis, its investments in countries like Ghana, Nigeria, Egypt and South Africa appeared to be continuing until 2019. This, due to the fact that such countries had not sought debt-relief from China. This has somehow evoked a sense of confidence in Beijing, that its fortunes in Africa are not all but over just yet. However, this presumption on the part of China is short-sighted at best. The ability of countries to pay back, where Chinese debts and investments seem to be continuing, could go south at any time.

Read more: Africa played China like a pro and set up a great precedent for the rest of the world to follow

This is in line with the strategy of many such developing and under-developed countries to not fully stop Chinese investments and debts at once, and continue making Africa a destination for China to dump truckloads of money in. Most certainly, when the time to payback comes, these countries too will not shy away from showing their empty pockets to Beijing but at the same they since they have become politically aware of Beijing’s debt-trap diplomacy, African nations seem prepared to push back against China and to not be bogged down as China may force them to cede important ports and other strategic assets. Then, Beijing would have no choice but to offer them debt relief, since it has already set a precedent of doing so by signing the DSSI with eleven African states.

Within Africa, the anti-China sentiment has been rising for quite some time now. Not only is Chinese debt in Africa turning sour, but Chinese people too are being forced to leave the continent as locals cite fears of the paper dragon swallowing a tremendous quantum of jobs in the host/recipient countries. By October 2020, almost 63,000 Chinese contractors had left Africa with the number of Chinese workers leaving the continent rising to more than 150,000, putting the total Chinese population in Africa a million short than it was in 2013.

The Africans, meanwhile, are not willing to offer their strategic assets as collateral to Chinese loans. The most recent example of the same is the Mombasa port of Kenya, which the paper dragon has been trying to usurp to further its Belt and Road ambitions for quite some time. Kenya’s cumulative public debt has ballooned to $65.3 billion, and it is feeling the weight of its financial obligations, particularly servicing the Standard Gauge Railway (SGR) loans. Despite this, as reported by TFI recently, Kenya has made it clear that the port of Mombasa is not up for grabs.

China is slowly and steadily being made to realise that its African safari has no takers. What started as an ambitious expedition to colonise the African continent is turning into a bad-debt nightmare for Beijing. China had enthusiastically set out to debt-trap African countries under its Belt and Road Initiative. However, African states turned out to be too smart for it, and have now forced Xi Jinping to retreat.

‘This is unforgivable,’ China turns hysterical as NASA names Taiwan in its list of countries