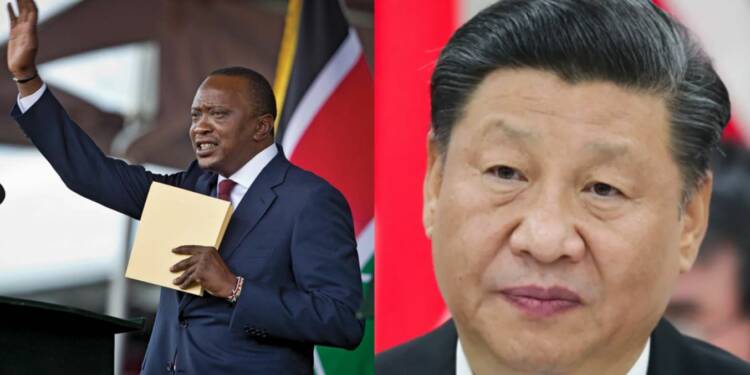 China’s attempts to take hold of the entire African continent through an extensive debt trap have been foiled in a rather brutal manner. Beijing now finds itself trapped in a somewhat peculiar situation in this part of the world. As the Covid-19 Pandemic turned the world upside down, Africa too realised the perils associated with Chinese influence. The stakes are high for Beijing in Africa. China happens to be Africa’s biggest lender with debts worth more than $150 billion owed. Overall, in 2019, China’s outstanding debt claims stood at well over $5 trillion across the continent. The latest snub to the paper dragon has come from Kenya.

It is no secret that China has been eyeing the strategic Kenyan port of Mombasa for itself, in exchange of loan repayment defaults by the West African nation. Kenya’s cumulative public debt has ballooned to $65.3 billion, and it is feeling the weight of its financial obligations, particularly servicing the Standard Gauge Railway (SGR) loans. The country is spending 40 percent of tax revenues on servicing public debt. The SGR project was constructed under the Belt and Road Initiative (BRI), and needless to say, Kenya now finds itself in a situation where it has been trapped under tremendous debt, and faces the prospect of its sovereignty being walked over by China.

However, Kenya is not giving in to Chinese debt-trap diplomacy. In fact, it is standing up to it. The government of Kenya has now come on record and stated that the Mombasa port faces no threat from any of its bilateral partners (China), as no public assets, especially those as significant as the said port, were offered to China as collateral in exchange for the extravagant SGR loans from China’s Exim bank. Mombasa Port is among the most strategic assets in Kenya, which generated $480 million in revenues and $125 million in profits in 2019 alone.

Kenya’s National Treasury cabinet secretary Ukur Yatani has come forward and said, “The port of Mombasa has no adverse exposure to any lender or category of lenders through existing loan agreements with the government.” According to a report by The Maritime Executive, in trying to prove the Port of Mombasa is safe from claims by Chinese lenders, Yatani stated that all external loans from bilateral lenders have pari passu provisions in the respective agreements requiring equal treatment in the servicing of all debts. Pari passu is a financing arrangement that gives multiple lenders equal claims to the assets used to secure a loan.

More than the intricacies of how Kenya plans to retain the Mombasa port for itself from the hands of a predatory China, that the African country has drawn the red line for the paper dragon is most significant. It is a signal of intent on the part of the Kenyan government, that China must behave itself and not try its luck around with the East African nation. Already, the costs of operating the SGR project far outrun the revenue collected from it. Essentially, China helped Kenya build a non-performing asset, with the hopes of taking over the Mombasa port in exchange for inevitable loan defaults.

However, Kenya is not playing along and has decided to subdue Chinese fantasies from the very beginning. Kenya is the latest nation that has snubbed China. Across Asia and Africa, Chinese President Xi Jinping’s Belt and Road Initiative (BRI) has been facing one setback after another. As a matter of fact, multiple African countries which were lured by extravagant Chinese loans for the purpose of BRI spending have made their inability to pay back known, unabashedly so. Moreover, China is also not being able to grab the strategic assets of such countries.

Read more: ‘We support One China Policy, but cancel our debt too,’ Africa has trapped China in its famous BRI debt trap

Interestingly, Ukur Yatani’s empathetic statement guaranteeing that the Mombasa port was not up for grabs has come after years of speculation that China was most definitely headed down the path of usurping it, much like it did with Sri Lanka’s Hambantota port on a lease of 99 years. Previously, the Kenyan government was tight-lipped about the prospect of China taking over the port in the case of loan defaulting. However, it now seems to have made up its mind, and will not accept Chinese high-handedness when it comes to the strategic port. Earlier, the Kenyan Attorney General had informed the parliament that public assets of the Kenya Ports Authority (KPA) and Kenya Railways Corporation (KRC) were indeed used as collateral for the SGR loans. Now, however, Kenya said that the Mombasa port will under no circumstances be given over to the Chinese shows how the country is willing to stand up to predatory agreements it was made to forcefully sign in the past due to the lucrative carrot, in the form of loans, which was dangled over its head by the CCP.

Kenya has joined the league of courageous nations which dare standing up to a bullish China for its debt-trap diplomacy. Rest assured, China will have no option but to sulk in one corner after being humiliated by yet another country it sought to make a vassal state.

In the name of diversity, Joe Biden is turning the US Military into a weakened and a highly compromised unit