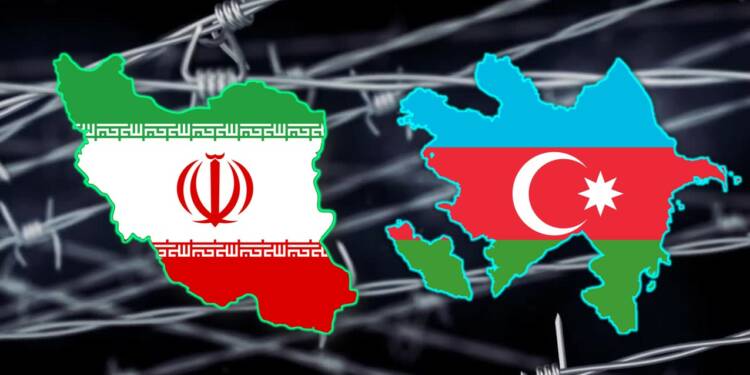 There is no denying that there has been a good bit of tension between the two major Shia countries, notably Iran and Azerbaijan. However, this is not just something that has developed in a couple of decades but goes back a long time and for anyone to understand this complex dynamic, one needs to understand the history of these two countries. While everyone is aware of the history of the Persian empire and the Iranian people, the history of Azerbaijan too is very rich and significantly old as well.

Azerbaijan’s victory in the 2020 war against Armenia, won with the help of Turkey and Israel and Russian cooperation, convinced Baku that its military-diplomatic policy had been validated and that there was no reason to change it. Iran, on the other hand, has been marginalized by the conflict: its peace initiatives made during the fighting drew little interest in Baku, and Tehran has been dissatisfied with post-war developments, particularly Israel’s expansion of its footing on Iran’s northern frontiers.

While the incident may have been settled quietly behind closed doors between the two capitals, Baku chose to send a clear message to Tehran that it will not tolerate encroachments on its sovereignty. This prompted Iran to conduct extraordinary military exercises near the Azerbaijani border.

But, given both the countries are a Shia majority and historically rich countries, one should expect them to be on good terms, however, realities are polar opposite. Therefore, to understand the current developments and the consistent animosities, one needs to take a look at their history as well.

The Azerbaijani people were known as Tatars or Caucasian Tatars until 1918 when the Azerbaijani Republic attained de facto independence. As a result, there was no such thing as an Azerbaijani nation. During the 1905 Revolution and the Armenian-Tatar battles, the Tatars made their first attempt at forming a national identity. The Azerbaijani intelligentsia had already embraced Turkism and Pan-Turkism prior to the Great War. The intellectuals attempted to reinforce the populace’s Turkic consciousness in order to move on with the formation of a national identity. The Müsavat Party was Azerbaijan’s main nationalist and Pan-Turkism party, however, it also had religious roots. Moreover, the motto of the founder of the First Republic of Azerbaijan, Muhammad Amin Rasulzade, was “Turkify, Islamisize, Europeanize”. It is clear, therefore, that the Azeri ‘nationalists’ were Pan-Turkists and Pan-Islamists; thus, they mainly embraced a supra-state identity rather than a strict state one.

Soviet years and the transforming identity:

The Azerbaijani identity had completely evaporated by the early Soviet years. People continued to refer to themselves as Muslims only. It was also crucial to have a sense of belonging to one’s family, clan, or tribe. The lack of an Azerbaijani identity was clear; the Turkish language was the official language of the Soviet Socialist Republic of Azerbaijan (SSRA) from 1922 to 1956. In the 1930s, however, the Stalinist regime strove to establish an Azerbaijani national identity in order to counteract the threat of Turkish dominance in the country. Most academics agree that both European Romantic nationalism and Soviet policymaking influenced the concept of the Azerbaijani nation. Nonetheless, the construction of an Azerbaijani national identity was not an easy process; the shift in the script from Arabic to Latin, Cyrillic, and then back to Latin over the twentieth century, for example, generated an “identity crisis” for Azerbaijani language speakers.

Independence, identity, and threat to Iran:

Azerbaijan gained independence on August 31, 1991. The dictatorship continued the country’s continuous process of “identity construction” during the initial years. In this environment, President Heydar Aliyev has embraced a new nation-building formula based on “Azerbaijanism,” attempting to represent Azerbaijanis as a people with a long history and true national identity. This Azeri nationalism was territorial rather than ethnic.

The regime promoted the notion that Azerbaijan’s churches and monasteries (including those in Karabakh) are Albanian, not Armenian. The administration has begun a drive to brand the country as the “Land of Fire” in response to the northern Iranian peoples who historically inhabited Azerbaijan. As a result, it attempted to establish a link between modern Azerbaijan and the ancient Iranian peoples who founded Zoroastrianism in what is now Azerbaijan. Furthermore, the leadership has succeeded in forging a cohesive national identity by instilling ‘national pride’ through contest victories or hosting major events. All of the aforementioned contributed to Azerbaijanis being defined not by ethnicity but by their connection to a territorial nation-state.

Iran factor and the genesis of the never-ending struggle between the two Shia majority nations:

Azerbaijan is a Muslim country with a Shia majority and a significant Sunni minority, despite state-sponsored secularism. According to some researchers, this separation is artificial because the majority of people identify with religion rather than a sect. Secularism in Azerbaijan is not diametrically opposed to Islamic identity, which is problematic for Iran. With a Shia majority, Iran wants to keep its people away from modernist and secular states. However, there is a modest but steady trend toward the Islamization of society. It will, nevertheless, have an impact on Azerbaijanis’ identity at some point.

This state model and the fact that there is a sizable Iranian Azeri minority population are enough reasons for Iran to be scared of potential Azerbaijan holds to destabilize the country. These conflicting identities and threat perceptions have kept the relations between the two major Shia countries conflict ridden.

The Azeri Turks are a major minority of Iran, numbering around 15 million in a country of 82 million. They are very influential, even the Iranian spiritual leader Ali Khamenei is of Azerbaijanian descendent too. Thus, the possibility of the rise of Azeri ethnic sentiments, and mixed with the terrorists and mercenaries coming in the bordering region, with whom Iran fought a long and gruelling battle, could have a disastrous impact on its national security.

Read more: Iran will soon have no choice but to help a Christian Armenia in its war against Turkey and Azerbaijan

The scare is that, if the influence of the conflict increases inside the bordering regions, it may lead to protests by Iranian Azeri Turk minorities in support of Azerbaijan, further damaging the sovereignty and national security of Iran.

The regional escalation can have a cascading effect on the region too. The Southern Caucuses region has been peaceful since 1994 and recent attempts can change the dynamic and any possibility of economic recovery in the post-COVID-19 world. Because Iran has deep economic relations with Armenia and its gas pipeline with Russia goes from Armenia. Thus, any spillage of these tensions inside the Iranian border may be catastrophic.

Iran’s efforts to build pro-Iran communities, especially through Shi’ite religious organizations, have largely failed. Few people in Azerbaijan admire the Iranian political system, and not all devoted Shi’ites are pro-Iran.

However, after decades of international isolation, Iran has honed its asymmetric warfare skills. The fact that Tehran has no viable agents or allies in Azerbaijan now does not imply it will give up. Iran will simply adjust to a different strategic scenario than Lebanon or Iraq, where the “proxy strategy” has shown to be more successful thus far. Meanwhile, internal developments in Azerbaijan and Iran are leading to a widening of the gap between the two countries.

Authorities in Baku have been using the crisis with Tehran to launch a crackdown on alleged “Iran sympathizers” in the country, by closing down several Shi’ite religious websites and detaining some prominent Shi’ite clerics, even though the evidence of their pro-Iranian activity is flimsy at best. Meanwhile, the state-affiliated media continue to accuse Iran in harsh terms of meddling in Azerbaijani affairs.

While in Azerbaijan there has been a resurgence of irredentism inspired by the thought of “reunifying” the territory of the Republic of Azerbaijan with the northern Iranian provinces largely populated by ethnic Azerbaijanis and known to nationalists as “southern Azerbaijan,” in Iran a countervailing movement also has gained momentum. From this angle, it is Azerbaijan that must be reunified with the “Iranian motherland” after being forcibly incorporated into the Russian empire in the 19th century. These views have gained fresh prominence in Iran, especially on the level of public discourse.

With both Baku and Tehran digging in on their current foreign policy trajectories, and public attitudes in both countries increasingly seeing each other through an adversarial lens, both neighbours appear destined to continue on this collision course for the foreseeable future. These things are happening even though both of these countries are the only major Shia countries, however, given differing policy choices and the ability of both the nations to destabilize one another, the Thucydides trap is acting perfectly.