Kamala Harris’ days in the White House are numbered 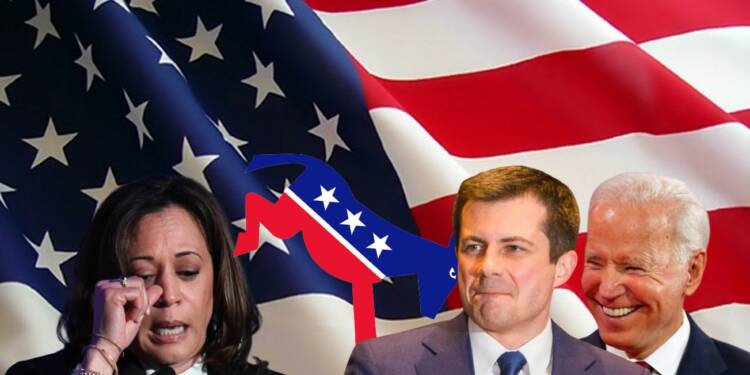 Kamala Harris, the Vice President, is facing a lot of troubles and the speed with which people in her close circle are leaving, her days seem numbered. In fact, she’s going through one of her darkest periods. What was supposed to be a bombastic vice presidency centred on racial and gender equality has turned into a daily problem, making Kamala Harris the most disliked Vice President in American history. According to an Axios storey, exhaustion, a desire for more lucrative opportunities, and concern of being labelled a “Harris person” are driving the constant staff exodus in Vice President Kamala Harris’ office.

The impending departure of Symone Sanders, Harris’ rising-star senior advisor and chief spokesperson who was previously a senior advisor for now-President Joe Biden’s 2020 campaign, was announced this week, as was a Washington Post report detailing the impending departures of Peter Velz, the director of press operations, and Vince Evans, the deputy director of Harris’ Office of Public Engagement and Intergovernmental Affairs. Ashley Etienne, Harris’ communications director, announced her departure from the office last month. These departures tell a harrowing tale of how the only probable presidential candidate of colour is being shown the door by the Democrats.

Kamala Harris’ approval ratings have nosedived to 28%. A 51% majority of respondents said they disapprove of the job Harris is doing as the Vice President. At this early stage of a presidency, Harris’ numbers in the USA Today/Suffolk poll are really unprecedented.

Read more: Kamala Harris has been brutally checkmated by Biden

The Los Angeles Times’ polling tracker shows that Harris is more unpopular than Mike Pence, Joe Biden, Dick Cheney, and Al Gore were at this point in their respective vice presidencies. The only other vice president – considered so far, the most unfavoured among them all, was Dick Cheney during the Bush administration. But even Cheney’s approval ratings dipped below the 30% mark only during the end of the Bush administration. In the case of Kamala Harris, her approval ratings have plummeted to 28% even before the Biden administration completed one year in office. That is sufficient to prove how Americans really want her out of office now.

If it is of any solace to Joe Biden, his approval ratings are currently faring better than Kamala Harris’. And this is when Biden’s own approval ratings have dipped to a new low as an economic crisis mounts in the United States. In such a situation, the people are associated with Kamala Harris, do not want to be publicly acknowledged as someone working for Kamala Harris. According to Axios, Harris’ allies believe that the narrative of an office in chaos can be overcome by a “reset.” Harris is the first female, first Black, and first Indian American to assume the vice presidency.

According to a recent Business Insider storey, Harris’ staff is furious that Biden handed her difficult duties, such as reducing illegal immigration from Central America, and allies fear she will face a fight from Buttigieg. “I have no doubt that he’ll run, and he won’t need much convincing,” noted major Harris fundraiser Steve Phillips, adding, “The K-Hive is a very energetic and fiercely loyal group.” Some staffers want to work on Biden’s re-election campaign in 2024, while others don’t want to become too tied to Harris if they later feel pulled to another Democratic presidential candidate.

When asked about the departure of Sanders — one of the most well-known Democratic strategists in Washington, DC — Harris on Thursday had nothing but kind words for her aide. She may try to act as if this is no big deal, but things are getting ready for a grand eviction of Kamala Harris.

Beware Beijing, Tokyo is getting nuclear