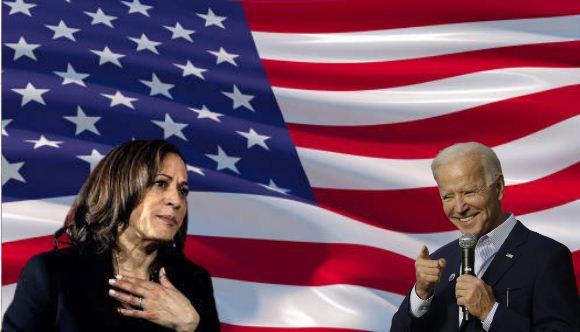 Vice President Kamala Harris is not having the best time of her life. In fact, she’s going through her worst phase. What was expected to be a bombastic vice presidency – pivoted around issues of racial and gender equality, has turned out to be a daily crisis which has made Kamala Harris the most unliked vice president in U.S. history. Kamala Harris’ approval ratings have nosedived to 28%. A 51% majority of respondents said they disapprove of the job Harris is doing as the Vice President. At this early stage of a presidency, Harris’ numbers in the USA Today/Suffolk poll are really unprecedented.

The Los Angeles Times’ polling tracker shows that Harris is more unpopular than Mike Pence, Joe Biden, Dick Cheney and Al Gore were at this point in their respective vice presidencies. The only other vice president – considered so far the most unfavoured among them all, was Dick Cheney during the Bush administration. But even Cheney’s approval ratings dipped below the 30% mark only during the end of the Bush administration. In the case of Kamala Harris, her approval ratings have plummeted to 28% even before the Biden administration completed one year in office. That is sufficient to prove how Americans really want her out of office now.

If it is of any solace to Joe Biden, his approval ratings are currently faring better than Kamala Harris’. And this is when Biden’s own approval ratings have dipped to a new low as an economic crisis mounts in the United States.

CNN continues to remain loyal to Kamala Harris. In a comprehensive piece, CNN has detailed how Kamala Harris is actually a victim, and not the culprit. Her poor performance, diving approval ratings, animosity with Joe Biden and the West Wing – we are to believe Kamala Harris is responsible for none of it. In fact, CNN has taken to defending Harris in a rather unique way – and it includes sacrificing Joe Biden and his team.

In a report titled, “Exasperation and dysfunction: Inside Kamala Harris’ frustrating start as vice president,” CNN says, “Many in the vice president’s circle fume that she’s not being adequately prepared or positioned, and instead is being sidelined. The vice president herself has told several confidants she feels constrained in what she’s able to do politically.”

CNN also cemented insinuations of a crisis developing between the President and Vice President, as it said, “After Harris became known in the first few months for often standing by Biden’s side in the frame as he made big speeches, even after she’d introduced him herself, the West Wing appears to have overcorrected so she has been with the President noticeably less.”

According to CNN, Harris has also complained to confidants about not being a greater part of the President’s approach to the Afghanistan withdrawal. It said, “When Biden picked Harris as his running mate, he was essentially anointing her as the future of the Democratic Party. Now many of those close to her feel like he’s shirking his political duties to promote her, and essentially setting her up to fail.”

According to many Kamala aides, CNN spoke to, some think it’s the President himself leaving her out in the cold, prioritizing his own agenda. Some blame specific West Wing aides whom they feel sure are out to undercut her.

Kamala Has Nobody but Herself to Blame

Kamala Harris and the media supportive of her are essentially trying to find a scapegoat. However, Kamala Harris really has nobody but herself to blame for the disastrous ratings that have come to haunt her now. And then, Kamala Harris has always had an attitude of running the White House despite being a mere ceremonial head. Joe Biden tried accommodating her in his initial days, but he too seems to have given up now.

In fact, Biden seems to be on an all-out mission to sabotage Kamala Harris’ career. He has handed over the most difficult of jobs to her, and she has failed to deliver on every single one of them. Those which have been completed were eventually taken over by the West Wing because Harris and her team proved to be incapable of completing them.

Read more: Biden filled Kamala’s office with his people to sabotage her career

Is it a coincidence that Kamala is leading the Biden administration’s charge on issues like the southern border crisis, selling the “American Rescue Plan,” advocating Biden’s infrastructure package, representing women in the workforce, highlighting the Black maternal mortality rate, assisting small businesses, assessing water policy, promoting racial equity, combating vaccine hesitancy, and fighting for a policing overhaul? Kamala Harris is not experienced to score victories on issues like these. Yet, Biden handed them over to her, and now, her approval ratings have nosedived to historic lows because Americans view her as a useless leader.

It is Biden who is imperilling Kamala Harris’ portfolio and making her an unviable presidential candidate for the 2024 elections for the Democrats. By giving her difficult tasks almost impossible to achieve, Biden is ensuring Harris is seen as a failure. And then, the animosity between the Biden and Harris families is hardly unknown. After all, Joe Biden’s wife – Jill had in 2019 told Kamala Harris that she can “go f*ck herself”.

Do you know what the most pathetic facet of Kamala Harris’s team is? It is that they are blaming the West Bing and Biden for handing her a portfolio that is not commensurate with her historic status as the first woman, and the first woman of colour, to hold the Vice President’s office. Effectively, Kamala Harris and her team feel that since the Vice President’s office is now held by a multi-coloured woman, the tasks given to her should be easy and achievable. Evidently, Biden has other plans.