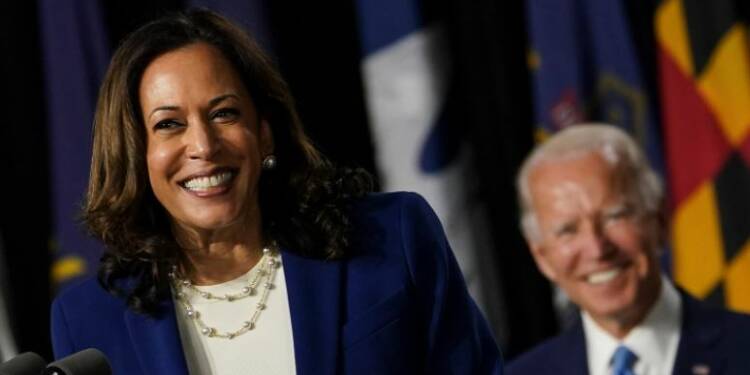 President Joe Biden appears to be playing a strategic game against his political partner – Vice President Kamala Harris. It is no secret how the American mainstream media is trying to shore up support for the Vice President and projecting her as the person actually in control of the White House. This is an attempt by the mainstream media and Democrats to lay the path for the Vice President to be projected as the next Democrat presidential candidate – who they then hope will also win the next elections. But wait – Joe Biden has said he will be seeking re-election in 2024!

That puts the Biden-Harris relationship in jeopardy. Joe Biden might be a toothless president, but he definitely knows politics. He knows how to play politics on his competitors – and Kamala Harris happens to be one. So, the Vice President is being handed the most difficult of tasks by Biden. Most recently, she has been given the responsibility of leading the administration’s push for a brazen liberalisation of the country’s voting system, giving the franchise to just about anybody.

The Democrats’ push for an overhaul of America’s voting and the electoral system comes amid a concerted push by Republican states to make the election process more authentic and ‘American’. Presently, no identification cards or documents are required to vote – but Republicans want to change that in order to ensure only Americans take part in the country’s elections. That is the sanest thing to do, but Democrats are very concerned because true Americans hardly vote for the blue party anymore.

Calling the state bills an “unprecedented assault on our democracy,” Biden recognised he was handing Harris a tough job. The old yet clever president said, “I’m asking Vice President Harris to help these efforts, to lead them among her many other responsibilities. With her leadership and your support, we’re going to overcome again — I promise you. It’s going to take a hell of a lot of work.”

Kamala Harris will now essentially lead the Democrats’ push in favour of the For the People Act, and the John Lewis Voting Rights Advancement Act – which if passed by Congress, would put Republican states’ voting laws in direct contestation of federal law.  However, the Democrats’ bills will have far from any support in Congress. As per Biden’s own admission, Democrats have a mere 4 vote lead in the House, and in the Senate – they are faced with a tie and two Democrats who are expected to vote against the passage of the bills.

Read more: Kamala’s ‘Happy Long Weekend’ tweet and Trump’s heartfelt note: On Memorial Day, the class of the former President and apathy of the current VP was on full display

So, Kamala Harris is really faced with a job next to impossible. And then, her track record in getting difficult jobs completed has been far from impressive so far. Is it a coincidence that Kamala is also leading the Biden administration’s charge on issues like the southern border crisis, selling the “American Rescue Plan,” advocating Biden’s infrastructure package, representing women in the workforce, highlighting the Black maternal mortality rate, assisting small businesses, assessing water policy, promoting racial equity, combating vaccine hesitancy, and fighting for a policing overhaul?

Take the border crisis for instance, where Kamala Harris has been a disaster from the word go. She has not been able to solve the crisis, and Southern states are increasingly getting annoyed with the White House. Last month, twenty Republican governors asked the Biden administration to take further action on the crisis at the southern border as the question of where to house the surge in unaccompanied children is impacting states.

Around the same time, Arizona and Montana filed a motion for a preliminary injunction in their District Courts to have the Biden administration’s brazen dilution of ICE stopped. The Biden administration is pursuing a far-left domestic policy, and Kamala Harris is visibly leading that effort. Following a Communist line of governance – and to be seen doing so in the United States no less, is political suicide. But Harris is going on nonetheless at the behest and directions of Biden.

It is Biden who is imperilling Kamala Harris’ portfolio and making her an unviable presidential candidate for the 2024 elections for the Democrats. By giving her difficult tasks almost impossible to achieve, Biden is ensuring Harris is seen as a failure. And then, the animosity between the Biden and Harris families is hardly unknown. After all, Joe Biden’s wife – Jill had in 2019 told Kamala Harris that she can “go f*ck herself”.

Kamala’s ‘Happy Long Weekend’ tweet and Trump’s heartfelt note: On Memorial Day, the class of the former President and apathy of the current VP was on full display