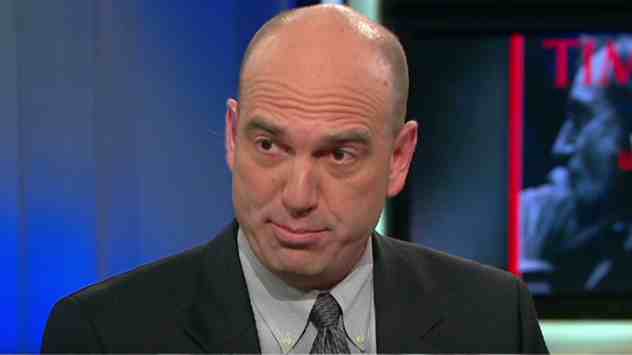 Von Drehle grew up in Aurora, Colorado, and was born in Denver. David Von Drehle is a columnist for The Washington Post, where he writes about national affairs and politics.

He received his B.A. from the University of Denver in 1983, when he was also a Boettcher Foundation Scholar and the editor of the student newspaper, the Denver Clarion. As a Marshall Scholar, Von Drehle received his Master’s in Literature from Oxford University in 1985.

In 1995, he married Karen Ball, the New York Daily News’ White House correspondent. They relocated to Kansas City, Missouri, with their four children, where they currently reside.

Von began his career in journalism when he was 17 years old, working as a sports journalist for The Denver Post in 1978. He was the paper’s youngest sports writer at The Denver Post.

He then moved on to the Miami Herald in 1985, where he worked as a staff writer and New York Correspondent until 1991.

In 2017, Von Drehle was hired as a twice-weekly comment columnist at The Washington Post. He’s also a regular on NPR’s Morning Edition, where he discussed Bob Woodward in light of Von Drehle’s front-page piece confirming the FBI’s Mark Felt’s identity as “Deep Throat.”

Before joining the Post, he spent a decade as editor-at-large at Time magazine, where he wrote more than 60 cover stories.

Von Drehle received the award for his series “The Death Penalty: A Failure of Execution.” He was the youngest of the three journalists honored that year, at the age of 27.

He was also awarded the Silver Gavel Award for Excellence in Media and the Arts by the American Bar Association in 1989 for this work and many more awards he has won in his career.

He is the author of several award-winning books, including the best-selling “Triangle: The Fire That Changed America,” which won an award.

Deadlock: The Inside Story of America’s Closest Election (2001)

Triangle: The Fire That Changed America, 2003

Rise to Greatness: Abraham Lincoln and America’s Most Perilous Year, 2012