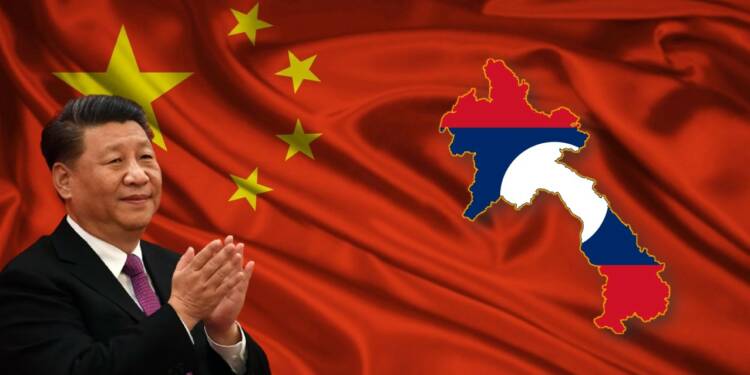 China is weaponizing the Mekong River against the Lower Mekong Basin (LMB) countries like Myanmar, Thailand, Laos, Cambodia, and Vietnam. Not only China has built massive dams inside its territories, but it is also striving to exploit the water resources of the LMB nations through its dam diplomacy.

China has constructed nearly 22,000 dams inside its territories since the 1950s, and now it is exporting its expertise to the Mekong Basin nations. Among all Southeast Asian nations, Laos is fast emerging as the fulcrum of China’s water-offensive operations in the region. A Diplomat report states that within the Mekong Basin alone, 81 per cent of overseas Chinese dams are in Laos.

A dam looks like a lucrative investment. For a poor country like Laos, dams help them earn revenue by selling electricity produced. Dams also help nations manage their water resources in a better way. Also, Laos is so deeply inundated with Chinese influence that it is nearly impossible for Laos to stop China from pursuing any aspired infrastructural project.

Why China is eying Laos?

But why is China targeting Laos? Dams require huge investments and Laos is already massively indebted to China. The answer to this question lies in the CCP’s five-year development program of 2011-2015. Under this program, China emphasized on “opening of border areas,” with intentions of developing its non-coastal province of Yunnan.

Essentially, China came to believe that economic integration of neighbouring Southeast Asian nations was necessary for the development of its Yunnan province. This region was to be developed as a “gateway” to China for these Southeast Asian countries. So, BRI projects were launched aggressively, and subsequently, the dam projects were also launched.

Dams by Laos, for China, of China:

Overseas dams, especially in Laos, are designed to contribute to China’s economy even more than that of Laos. For instance, electricity produced in these dams will be sold to China that will help the CCP-ruled nation stave off its energy crisis. State-owned China Southern Power Grid Co already controls Laos’ national grid and major power projects.

So, in a way, Laos’ water resources will be used to assuage China’s power-hunger. Also, this will make Laos more reliant on China. Tied with other rail-link and road-link projects, China’s dam-diplomacy is well poised to render these nations into vessel states of communist China. This is dangerous but has hardly invited any scrutiny from the Laotian government or media.

How do Dams hurt a local economy?

Make no mistake; dams are the most contentious infrastructure projects to be undertaken. Why, because these require massive investments. The local population has to be relocated and people are deprived of their houses, farms, and fields. Dams also invite harsh reactions from environmentalists because of their considerable contribution to the greenhouse gas effect.

The only good thing these dams do for humanity is the production of electricity, which is anyway going to power machines and houses in China rather than the host nations.

Water resources in the LMB nations are already scarce. Water levels of the Mekong River have dropped to “worrying levels” due to outflow restrictions from Chinese hydropower dams upstream, as per the Mekong River Commission (MRC). Earlier this year, it called on Beijing to transparently release water-related data, saying, “To help the Lower Mekong countries manage risks more effectively, we call on China and the Lower Mekong countries themselves to share their water release plans with us.”

Also Read: After Trump’s exit, China is back to waging water wars on 70 Million people in the Lower Mekong Basin

Interestingly, the MRC also said that the problem of low water levels could be solved if large volumes of water are released from Chinese dams’ reservoirs, making it known to the paper dragon that downstream Mekong nations are well aware of its attempts to hoard billions of cubic metres of water.

Instead, not only is China hoarding water in the dams built within its own territories but is also making Laos help China’s illegal theft of water. While the consequences of these dams will surely be faced by the Laotians in the long run, all the benefits will be conveniently reaped by none other than the communist nation of China.