Conflict in Nigeria: When sectarian violence goes out of hand

Nigeria is one of the world's largest oil producers but due to the religious and ethnic conflicts in the country, few Nigerians have benefitted from the country's oil potential. 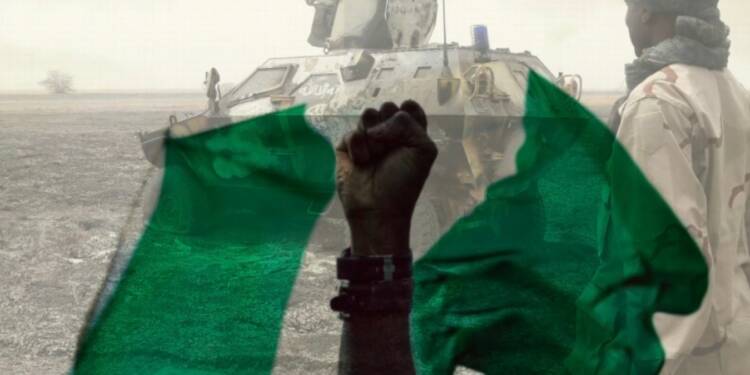 The African continent is full of longstanding, intense conflicts that have marred peace, stability and development in the region. The conflict in Nigeria however stands out as the glaring example of what happens when sectarian violence goes out of hand. Nigeria is one of the world’s largest oil producers but due to the religious and ethnic conflicts in the country, few Nigerians have benefitted from the country’s oil potential.

Historically vulnerable to sectarian conflicts, Nigeria is today at the centre of Boko Haram insurgency. Nigeria is no small country and with a population of 192 million people, it is the seventh most populous nation on the planet and the most populous country in Africa. The country never really had a long phase of peaceful progress, and today the Nigerian government is failing to prevent a division of the country on sectarian lines.

Nigeria’s history of conflict and deprivation

Located in West Africa, Nigeria has a long history of colonial and military rule, as well as widespread corruption and mismanagement. Nigeria was able to move towards independence only after the Second World War. It gained independence from the British in 1960, and over the next four decades, it was ruled by two military juntas. Finally, in 1999, a civilian government came to power in the country and the general elections of 2007 witnessed the first civilian-to-civilian transfer of power in the country’s history.

Yet, Nigeria continues to face widespread corruption and misgovernance that adds to the misery of ethnic and religious conflicts.

Read More: Mali: The genesis of a West African conflict no “analyst” talks about

History of religious conflict in Nigeria

While military coups, corruption and poor governance have been some major issues in Nigeria, the religious conflict is the biggest problem. The religious conflict in Nigeria is predominantly a result of Christian-Muslim rivalry. While Muslims constitute 53.5 per cent of the country’s total population, Christians form 45.9 percent of its total population. The remaining 0.6 percent of Nigerians profess other religions.

The religious conflict in Nigeria itself dates back to 1953. The communal strife however spiralled uncontrollably only in the 1980s after the then military ruler of the country, General Ibrahim Babangida, enrolled Nigeria in the Organisation of Islamic Conference (OIC). This move ended up wounding Christian sentiments and aggravated religious tensions.

Things went from bad to worse when the country transited into a full-fledged democracy in the year 1999. Sharia law was thrust as the main body of civil and criminal law in Muslim-majority northern Nigeria, which further alienated the Christian community and encouraged exclusivity of the Muslim community in the West African nation.

In fact, the presence of radical, pro-Sharia regimes at the state level has encouraged communal segregation and conflict in Nigeria. Over the past two decades, the religious tensions have often led to clashes between Christians and Muslims claiming thousands of victims from both communities.

Since 2009, the sectarian conflict in Nigeria has come to be defined by the Boko Haram Islamist insurgency. The insurgency has already claimed 350,000 lives in Northeast Nigeria and has displaced as many as 3 million people.

Boko Haram as a group remained more or less peaceful during the first seven years of its existence. But in 2009, a wave of killings was attributed to Boko Haram and the Nigerian government was accused of having ignored the fact that the group was arming itself.

Boko Haram is a declared terror group that calls itself “Jama‘atu Ahl as-Sunnah li-Da‘awati wal-Jihad”, which means Group of the Sunni People for the Calling and Jihad. You can understand it as a “Nigerian Taliban”, presently waging a war against the Nigerian government and looking to overthrow the civilian government with an aim to establish a new regime that complies completely with Islamic law.

Read More: Darfur: The genesis of a bloody conflict no one talks about

In the last decade, Boko Haram turned particularly lethal. Throughout 2014, it conducted near-daily attacks against Christians, security and police forces, the media, schools, politicians and even Muslims who didn’t comply with Boko Haram’s definition of Islam.

In 2015, the terrorist group also pledged allegiance to the Islamic State in Iraq and the Levant (ISIL) in March and publicly adopted the name “ISIL-West Africa Province”. The group was also responsible for kidnapping 276 schoolgirls in Borno State, Nigeria, in April 2014, triggering international condemnation.

However, the group retains control over some regional pockets and continues the trend of launching deadly suicide attacks and abducting civilians, especially women and children. Thousands of lives have been claimed by religious and sectarian conflict in Nigeria, and this is why a country with great growth potential remains deprived and miserable.