War in the Central African Republic: A bloody conflict no one understands 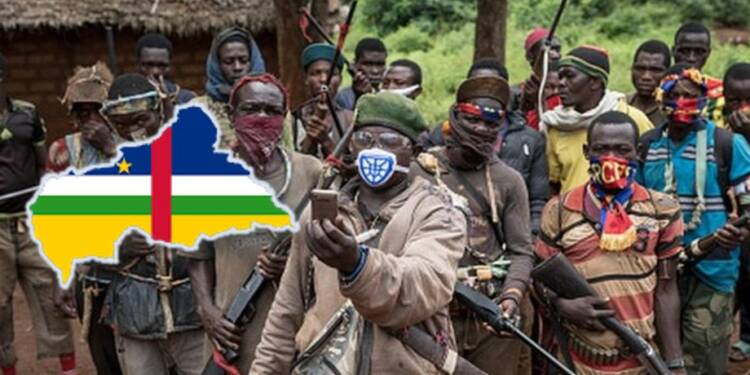 Since its proclamation in 1960, the Central African Republic (CAR) has endured decades of violence, conflicts and instability. As it is in most cases, the conflict between the government and the rebel groups traces its roots to the ethnic differences and their appetite to claim a larger share in power. Three major parties of the conflict are the government of CAR, Seleka fighters (mostly Muslim) and anti-Balaka fighters (mostly Christians).

The current conflict between the government and rebels emerged only in 2012 following the collapse of a peace agreement. However, one must peruse the CAR Bush War that lasted for almost four years between 2004 and 2007, to understand the harsh political terrain of the country in a simplified manner.

François Bozizé Yangouvonda remained country’s president from 2003 to 2013. But his country never remained calm during these years. The Bush War came close on the heels of his assumption into the office. Michel Am-Nondokro Djotodia (Muslim leader) was the chief rebel leader, who launched an offence against the government under the umbrella of the Union of Democratic Forces for Unity (UFDR). UFDR also got support from several other rebel groups. Hence, apart from UFDR, the government was fighting these rebel groups also:

Make no mistake, the religious element was largely absent during the Bush war. These rebel groups kept fighting the government forces between 2004 and 2007 until a peace agreement between the government and UFDR was signed.

The 2007 peace agreement that ended the Bush War:

As a result, UFDR was recognized as a political party. Rebel fighters were inducted into the national army, and a unity government was formed after the inclusion of some rebel leaders. The Bush War largely waned during 2007-08. The country remained comparatively peaceful from 2008-09 to 2012.

The ongoing conflict in CAR emerged during 2012 when rebel leaders under the leadership of Djotodia reignited the conflict. They accused President Bozizé of not respecting the 2007 peace agreement. The rebel groups formed a strong front under the banner of “Seleka”, which means “alliance” in the Sango language.

Meanwhile, the CPJP rebel group joined hands with the government. Although, this resulted in division among the CPJP, prompting the creation of “the fundamental CPJP”, which comprised anti-government faction of CPJP. The Fundamental CPJP and UFDR joined hands. One more rebel group with the name of “the Patriotic Convention for Saving the Country (CPSK)” joined this front.

These rebel groups formed the Seleka front, which finally overthrew the government in 2013. Bozizé fled the country. Djotodia became the President. In a predominately Christian country, Djotodia was the first Muslim leader to rise to the helm. But soon after his enthronement, the Seleka front began to collapse.

Christian militia group “anti-Balaka” forces emerged during his tenure, and what came hot on the heels was violence and further instability. This was when the element of religion exacerbated the social stability of the nation. Djotodia became unpopular and confronted infighting within Seleka. Eventually, Djotodia resigned in 2014, which saw the anti-Djotodia faction of the Seleka front (ex-Seleka) joining hands with Christian anti-Balaka forces. Meanwhile, Catherine Samba-Panza served as the country’s interim president from 2014 onwards. She became the first woman in the country to assume the Presidential role.

By the end of 2014, the country was de facto partitioned with the anti-Balaka controlling the south and west, from which most Muslims had evacuated, and ex-Séléka groups controlling the north and east. Meanwhile, Presidential elections in the country took place in 2016, handing over victory to Faustin-Archange Touadéra, who remains President to date. But the control of his government barely exceeds the territories of the capital city of Bangui.

Peace efforts by the Touadera administration end in tatters:

The Touadera administration signed a peace agreement with 13 of the 14 rebel groups of CAR in 2017, but it had little effect on the peace and stability. Today, the Ex-Seleka front is mired in infighting as the Christian-Muslim conflict deepens its roots even further. Lawlessness in the rest of the country has allowed armed groups to thrive and fighting has increased in the central, western, and eastern provinces.

How Russia’s intervention upended the situation:

The backing from the Russian government has helped the CAR government force rebels to retreat of late. On 25 January 2021, CAR forces, backed by Russian PMCs and Rwandan troops, attacked Boyali, killing 44 rebels who were plotting an assault on the capital. Subsequently, CAR forces, supported by the Russian contractors and Rwandan troops, captured several strategic towns throughout February 2021, including Bossembele, Bouar, Beloko and Bossangoa.

The streak of the CAR administration continues to date; with the government controlling more territory than at any point through the course of the conflict erupted after 2012.

In 2020, anti-Balaka forces joined hands with four other rebel groups named MPC, 3R, UPC and FPRC under the umbrella of Coalition of Patriots for Change. UPC reportedly left this front in April 2021, but the remaining four rebel groups continue to pose an existential threat to the government of CAR. The Coalition of Patriots for Change today holds sway over 40% of the country’s territory, with government forces in firm control over the rest.

With Moscow’s auspices, the CAR government is expected to continue its winning streak in the region currently held by rebels. The government of Rwanda has also remained generous in providing support to the CAR administration. With the government’s control rapidly increasing over the nation, the era of peace and stability is not completely out of sight in the Central African Republic.