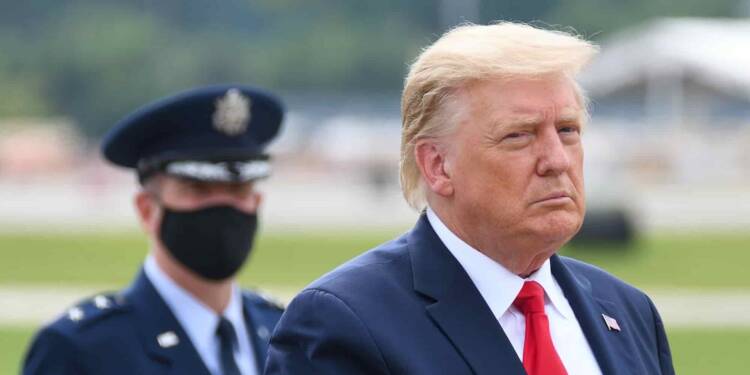 Angry Staffer is a popular blogger and twitter content creator in the United States. He claimed to be a former White House staff member and regularly tweets on White House and the President related topics. He has a follower base of 431k and counting till december 2021.

Angry Staffer has been posting on twitter for the last four years. Angry Staffer joined twitter in April 2017 and regularly pushes out hitherto information regarding the White House.

It is not known who is behind the account. When Angry Staffer opened an account on twitter in 2017 his primary goal was to help expose the corruption of the Trump administration while highlighting the many National Security risks that come along with it. Now that Trump is gone, he focuses on rooting out the remaining corruption and helping break down the fallout from the many ongoing investigations.

Twitter account of Angry Staffer can be reached at @Angry_Staffer and he has a website and the link is angrystaffer.com. He is not active in the blog though he puts out some important issues there.

Apart from White House policies Angry Staffer talks about national security in a witty way on twitter and on his blog. Angry Staffer says “If you enjoy the content I put out on Twitter and would like to take some deeper dives into politics or National Security with some inside-the-beltway info sprinkled in for good measure, this is the place for you!”

Despite his unanimous identity people admire him/her on twitter and he is widely searched on Google. White House staff has been a source of secrets inside the Presidential building for decades. Many white house staffers have been found leaking insides and been dismissed from their services.

How he had been a critic of Donald Trump: Glimpses from 2017

He wrote in one of his blogs in this way-

“I know I shouldn’t be surprised with anything that comes out of Donald Trump’s mouth or appears on his Twitter feed, but his attacks on Senator Blumenthal today were so disgusting that it shocked even me. Maybe it was because today was Purple Heart Day and it took him until mid to late afternoon to even acknowledge our heroes, but this one -really- rubbed me the wrong way.

I have to feel that at some point, human decency will take over and people will have had enough of this self-aggrandizing asshole. How many more people and entities does he have to publicly denigrate before the entire country realizes that he doesn’t give a shit about anything but himself?”

Also Read: Lara Travis the wife of Clay Travis and her social life

“Stop me if you’ve heard this before: this was a -really- bad week for Trump. Seriously, after this week, absolutely nobody with a brain should be calling this a witch hunt. The hardest thing to prove in a case is almost always intent.

Thanks to Donald Trump Jr. releasing that incredibly incriminating email chain, we have means, motive, opportunity and intent all in the same place – neatly bundled into a cute little package of treason for Mueller and his team. Let me be very clear: if this isn’t a smoking gun, the barrel is still very, VERY hot. And we haven’t even seen the good stuff yet.

Look at how far the goalpost has moved in the last few weeks. We’ve gone from “nothing to do with Russia, zero.” to “well, collusion isn’t technically a crime.” Let me stop you there before the defense gets any more ridiculous: colluding with a hostile foreign power to undermine the very fabric of our democracy is absolutely a crime.

All of the “experts” on TV spouting nonsense to the contrary should lose their airtime, immediately. In what universe is treason not a crime? If this isn’t treason, it’s damn close; and like I said, the good stuff isn’t even out yet.

I don’t care if you want to call it collusion, treason, or even coercion, although coercion seems to be further and further off the table after Don Jr.’s emails – “I love it!” doesn’t sound like someone being blackmailed to me. Don’t get me wrong, I still hope the pee tape is real, I just don’t think that was the motivation for the cooperation.”