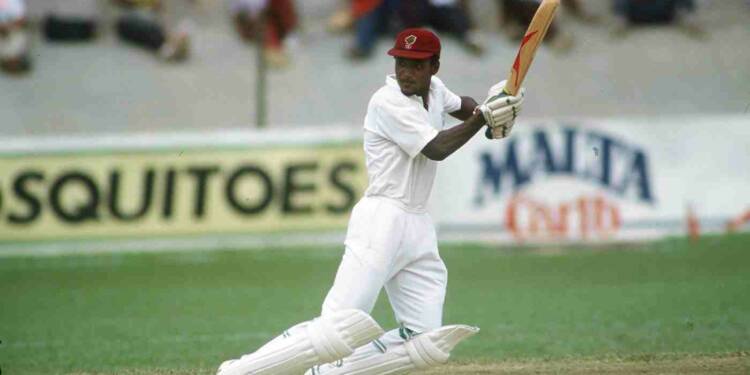 Carl Llewelyn Hooper is a former cricketer of Guyanese. He captained the West Indies in Tests and ODIs. In this article we are going to talk about the biography, career, notable works, games and family of Carl Hooper so read the article till the end.

Carl Hooper is an international cricketer and he played so many games for his country, state and clubs this biography article is incomplete without talking about his career. So here you will gain info about his achievements and life story.

At first Carl Hooper represented the West Indies at youth level and then in senior regional tournaments became a regular player for Guyana. In the year 1987 Hooper made his Test debut against India but only in second test of that tour he scored his maiden century. In the year 1995 He become the overall top scorer with 290 runs at home ODI series against Australia, which the Windies won by a 4-1 margin.

During the period of 1992 he joined English county cricket side Kent. There Hooper went on to win the batting award as top scorer by making 773 runs, of the 1994 AXA Equity & Law League.

He is a very stylish, elegant and graceful batsman. Hooper was also a potential off spinner and nimble slip fielder. He was mainly placed in the slip cordon and taken numerous catches there for the most part of his cricketing career. Wasim Akram one of the legends says for Hooper that West Indies produced one of the best batsmen.

In his autobiography Steve Waugh, all the notable points are written which describes his personality very beautifully.

Before the 1999 Cricket World Cup Hooper first announced his retirement three weeks ago but after that in the year 2001, he made a surprising comeback as West Indies captain. He captained the West Indies team in 22 Tests and leading the Windies to make a powerful victory in the 2001-02 home series match against team India.

After Jacques Kallis, Hooper is the only cricketer who holds the record of being the first cricketer in the world to have scored of 5,000 runs, and taken 100 wickets, make 100 catches and received 100 caps in both ODIs and Tests.

Carl Hooper was born on 15 December 1966 at Georgetown, Guyana. He was an all-rounder player. He was a right-handed batsman and also a off-spin bowler. He came to prominence in the late 1980s and represented the West Indies over a 16-year in his international career.

Hooper married to Connie in the year 1997 and they have two children, a daughter and a son named Carl Jr. Connie. In his free time, Hooper loves to trades currencies on the foreign-exchange markets.

In May 2011as a batting coach of the Sagicor High Performance Centre Hooper was appointed which was located at the University of the West Indies’ Cave Hill Campus.

In the year 2014 he was appointed as a coach of CPL outfit Antigua Hawksbills. Later on in January 2015 Hooper joined up Guyana Amazon Warriors, as the CPL side’s new head coach.

What is Carl Hooper doing now?

After retirement Hooper shifted base to Adelaide, Australia, where he currently resides. Until a few years ago, he ran a restaurant, but now, he plans to don his coaching hat and is even open to West Indies cricket approach for a role of coach.

We hope this biography article of Carl Hooper will be helpful for you to understand his journey and works.