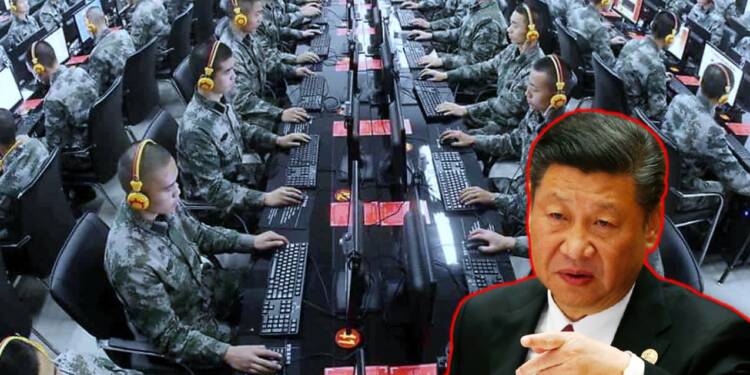 China is not happy with its censors. The CCP believes they are not censoring enough; they are distributing anti-CCP content and launching a silent war on the CCP itself. So, they have to pay a price now. And the crackdown has already begun. Consider these numbers:

The data speaks for itself. China is censoring its censors now. And that’s not the only news. The CCP is also amplifying the media coverage of this crackdown. The message being sent out is loud and clear—you either please Xi Jinping or perish.

Frankly speaking, Censors in China are not that bad at their job. They successfully quelled the first wave of the MeToo movement in China. ‘Xi Jinping’ doesn’t show up when you search ‘Winnie the pooh’ on Weibo. No user can today discuss the mysterious disappearance of tennis star Peng Shuai on Chinese social media. Their work is really impressive, right? But in Xi Jinping’s eye, this is not enough.

In reality, Xi Jinping is worried. Despite vehement censorship, people are touching upon those issues that the CCP doesn’t like. Let me give you some examples. Earlier this month, it was reported that people in China are dodging censors to discuss the Peng Shuai case on social media. Interestingly, the two platforms where these discussions took place were Douban and Weibo only. This also raises doubts whether these platforms are intentionally causing trouble to the Chinese communist party.

Similarly, another wave of MeToo allegations has inundated the Chinese web now. The wave is so intense that it can’t be buried. But Jinping is a layman. He wants his censors to do what he wants but what they can’t. Jinping thinks that these platforms are working to please his rivals and his opponent factions and not his regime.

In September, it was reported that banned users on Chinese social media are reincarnating to give Xi Jinping sleepless nights. The users in China are required to register their social media accounts with real identity; however, they often resort to devise various deluding measures after their accounts get shut down by the authorities. People often trick social media platforms by registering using different E-mail ids and contact details.

The truth is that people in China are seething in anger. They are livid at Xi Jinping’s economic policies. They are losing out on employment opportunities. Their savings are fast evaporating. Their patience is running thin. So, they are devising ways to evade the censors and express their anger. And thus, censorship in China has become a perilous job now. Jinping’s expectations are sky-high, but censors have some limitations too.

But they have to pay a price now. In fact, they are already paying it. Expect even harsher regulations and more crackdowns. But will that help Jinping? Censoring the censors will only aggravate the situation. People need to vent out their frustration. Block them on social media, and they will hit the streets the other day. Jinping’s crackdown on his censors shows his vulnerability and anxiety in true form. He has pressed the panic button now. And that shows threats to his power are real and much stronger than the world believes.