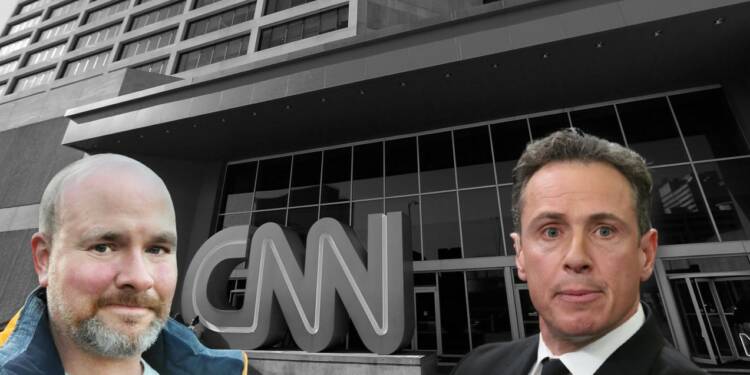 Too much political correctness and virtue signalling may mean that the practitioner is overcompensating for some really bad things they may have done in the past. This is exactly proving itself when it comes to CNN’s employees in powerful positions and sexual exploitation and paedophilia. The network stated that a veteran CNN producer who worked “shoulder to shoulder” with ex-anchor Chris Cuomo was fired after it was uncovered that he boasted of luring girls as young as 7 to his house for “sexual subservience” training.

According to a federal indictment filed in Vermont, former Chris Cuomo producer Griffin is accused of flying Carriker and a 9-year-old girl described as her adoptive daughter to Logan Airport in Boston in July 2020 and then driving them in his red Tesla to a $2.5 million ski house in Ludlow, Vt.

Before the case of CNN’s veteran producer came to light, it was Chris Cuomo who was struck with a new sexual harassment allegation just days before CNN fired him over an inquiry into work he performed defending his brother against similar charges. Debra Katz, an attorney, claimed on Sunday that her client had accused Cuomo of “severe sexual misconduct” and had contacted CNN about the allegation on Wednesday.

Also read: CNN bans Chris Cuomo from covering his controversial big brother, but only after months of pre-election ‘bromance’

Cuomo was suspended from CNN earlier this week when revelations emerged about how he helped his brother, former New York governor Andrew Cuomo after he was accused of sexual harassment. When CNN announced Chris Cuomo’s firing, administrators said “new material has come to light,” but did not expand.

In the case of John Griffin, federal investigators learned of the claims of child abuse and seized “computers, storage media, gadgets, phones, cameras, MicroSD cards, photos and video” on Sept. 2, 2020, just days after the woman was arrested, according to court papers. However, sources told Fox News that federal investigators took 16 months to apprehend Griffin, who continued to communicate with his children and mingle with the community despite the fact that he was accused of the murders.

Michael Bachner, an attorney who has represented scores of high-profile criminals in federal court, was astonished that authorities didn’t act sooner. “It’s sort of astonishing that efforts weren’t taken to get Griffin off the streets in September if the FBI did a search and was aware of the underlying conduct against Griffin in the Nevada case,” he added. “It’s a bad decision to let someone go free when you know or have reason to believe he’s a predator to me.” And for anyone familiar with the depth CNN is entrenched with the Democrats

“Predators” who get close to kids or even pose as their parents to engage them in sexual activity or swap and sell them out to others is “not at all uncommon,” according to retired FBI Special Agent Arnold Bell. However, the uncommon bit is that a paedophile John Griffin along with Chris Cuomo abused of sexual abuse were allowed to commit these deviant acts on the payroll of CNN.