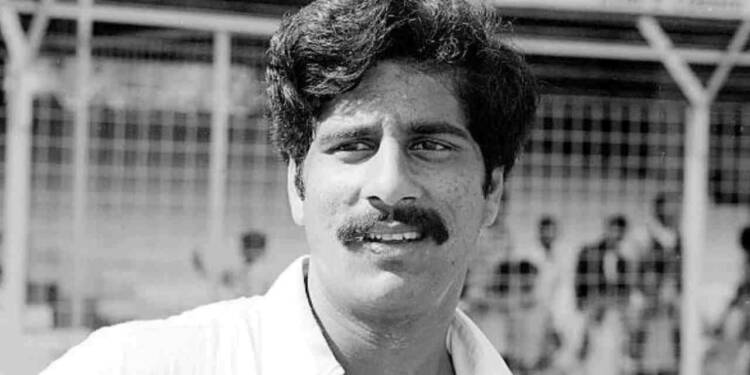 Krishnamachari Srikanth is a former Indian cricketer who also captained team India cricket team and also a former chairman of the selection committee. He is also known as Cheeka. In this article we are going to talk about the biography, career, notable works, games and family of Cricketer Srikanth so read the article till the end.

Krishnamachari Srikanth is an international cricketer and he played so many games for country, state and clubs this biography article is incomplete without talking about his career. So here you will gain info about his achievements and life story.

With International Centuries Cricketer Srikanth was the First player in the World. He took 5 Wicket Hauls, and also 5 Catches in an Innings. He is Known for his aggressive opening style in his batting. He has represented the Indian National Cricket team and in domestic cricket he represented Tamil Nadu. On Star Sports Tamil he is a commentator.

In the year 1983 he played a special role in Cricket World Cup winning squad by contributing crucial score of 38 runs of top scorer in the finals against West Indies.

He was also a very important member of the Indian squad under the captaincy of Kapil Dev when India won the 1983 Prudential World Cup and in 1985 Benson & Hedges World Championship of cricket.

In the year 1992 Kris Srikkanth retired from all formats of international cricket. After his retirement, he worked as the coach of the India ‘A’ team. Later on, he became a broadcaster and commentator with various sports and news channels. On 27 September 2008, he was selected as the chief selector of the Indian cricket team. In the year 2012 his tenure ended.

He was born on 21 December 1959 at Madras, Madras State, India. He played a very important role in India’s team batting line up as opener.

Srikkanth completed graduated from College of Engineering, Guindy in Chennai. He is an electrical engineer. Srikkanth is married to Vidya and they have two sons, one of whom, Anirudha, also plays for Tamil Nadu cricket team and has played for both Chennai Super Kings and Sunrisers Hyderabad in the Indian Premier League. Their eldest son’s name is Aditya.

In the year 2020 he was awarded with C.K. Nayudu Lifetime Achievement Award by the Government of India.

Was Cricketer Srikanth a good batsman?

In his cricket career he compiled a significantly better record of 146 matches in which he scored 4,091 runs in One Day Internationals at a good average of 29.01. Whereas Srikkanth played 43 Tests for India in which he scored 2,062 runs at an average rate of 29.88.

We hope this biography article of Cricketer Srikanth will be helpful for you to understand his journey and works.