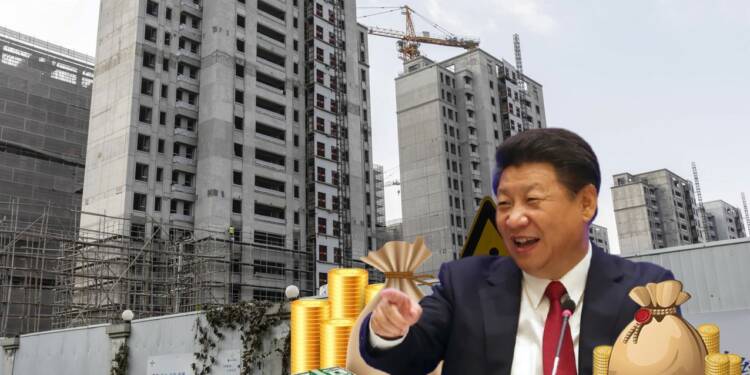 Nothing speaks of Communist utopia like Xi Jinping’s China. China’s President respects workers and wage-earners- the proletariat who formed the backbone of the Communist revolution of the Communist Party. It is a different matter that you have to work under a rigorous ‘996’ schedule of 12 hours a day, six days a week and if you make a labour union to protest against such work hours, the CCP will throw you in jail.

Xi doesn’t love Chinese workers and labourers as such. But he does hate private enterprises and billionaires in particular. In fact, he hates them bitterly and keeps finding ways to make their life difficult. So, he has come up with a new idea to trouble them.

Chinese real estate companies had a very tough year, to be honest. If there is one group of people you can sympathise with, it is the real estate tycoons in China. Many of them have lost almost everything that they had- money, reputation, and tall buildings in cities in Hong Kong, London, and San Francisco.

Now, the year is about the end and Christmas is around the corner. But if you are a disgruntled property developer in a Chinese megacity, you don’t have Santa Claus coming around riding on a sleigh. You have Xi Jinping, who wants to find ways to make you even more miserable.

So, the CCP has come up with a Christmas shock to steal whatever the bankrupt real estate giants in China still had for themselves. The CCP is asking them to pay workers’ salaries.

The CCP and real estate giants haven’t been able to pay salaries to migrant workers and labourers. With the power crisis and the real estate collapse, companies in China weren’t in a position to pay their workers.

Li has called for timely payment of workers’ salaries. For real estate giants, the deferred wages to migrant construction workers themselves amount to a whopping $173 billion.

How much do real estate giants have to cough up?

Over $500 billion. $503,776,000,000 to be precise. There are 52 million migrant workers engaged in China’s construction sector, according to Nomura calculations. They work at construction sites throughout the year and take only one trip home for an emotional family reunion that takes place during New Year celebrations.

Average wages in China were $13,231 in 2019 itself. And therefore nearly $500 billion is what the Chinese real estate companies have to cough up at the minimum. Any deferred wages too will get added to this total, and Xi is very clear about one thing- migrant workers have to be paid before the New Year holidays.

So, the real estate companies that are already bankrupt have to somehow manage half a trillion dollars or else Xi Jinping has other ways of getting things done like making entrepreneurs disappear.

In China, it is quite normal not to pay workers. Chinese labour doesn’t have the same standard of rights and expectations, like that of labour in free world countries. And then the Communist Party doesn’t let workers unionise or protest. Anyone helping workers set up unions is arrested immediately by Chinese authorities.

But Xi Jinping is now placing a premium on social stability. He is worried about a popular uprising by the Chinese workers. In 2018, for example, hundreds of Chinese university students had mobilised against the CCP when several workers at the Jasic factory in Shenzhen were laid off or arrested for attempting to form a labour union. The workers were fed up with poor working conditions and unfair fines.

Xi doesn’t want another Jasic incident. But he also doesn’t want to pay migrant workers. The wage bill is simply too big for the CCP to take care of, and the burden now falls squarely upon companies like Evergrande that are fighting for survival but are somehow expected to cough up billions of Dollars.