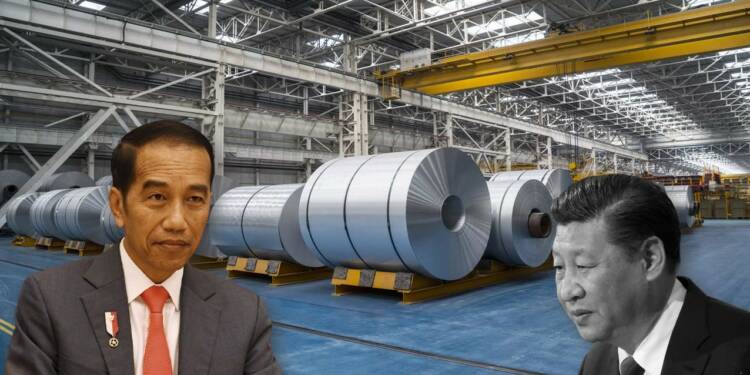 The Chinese Communist Party has gained an image of a perpetual bully. Beijing has worked assiduously for this achievement, be it the aggressive debt diplomacy or the wolf warrior diplomacy. Its coercive diplomacy vis a vis its neighbourhood has also earned many enemies. In such a situation, any and every weakness will have many enthusiastic takers to capitalise on. China’s manufacturing sector has experienced a massive hit, reverse migration, power crisis as well as the pandemic being some of the major reasons for the same.

In such a scenario, the move by the European Union to discourage the import of Chinese steel and aluminium have made things worse for China. One such situation has presented itself to Indonesia and it is willing to make the most of it. Adaro Energy, a major Indonesian coal miner, announced plans to invest $728 million in an aluminium smelter and a second endeavour to establish a “new energy battery factory” on Thursday, marking the company’s first substantial movements away from coal.

Exodus from China presents an opportunity for Indonesia

Just like the investors are moving away from China and looking for IPOs in countries like India, Vietnam, and Indonesia; the countries too are looking to move their strategic imports away from China. Realising the profitability, the Indonesian energy giant has stepped up to set up an aluminium smelting plant.

Adaro Aluminium Indonesia, a subsidiary of Adaro Energy, has signed a letter of intent to invest and build an aluminium smelter in a new industrial park being developed by the government in North Kalimantan Province on the island of Borneo, according to Adaro. President Joko Widodo has stated that he wants the area to become “the world’s largest green industrial complex.”

Adaro Energy Vice President Ario Rachmat said of the aluminium smelter investment, “Adaro is committed to transforming its operations through green initiatives in the long term.” “We believe that global demand for aluminium products, notably cables, batteries, and chassis, will continue to grow.”

Adaro stated it will work with local and international partners “who have the track record, expertise, cutting-edge technology, and extensive knowledge of the aluminium industry” to complete the aluminium project but did not name any of them. Separately, Rachmat told Nikkei Asia that the smelter’s construction would take two years, although he did not specify when it would begin. The smelter will manufacture aluminium ingots or sheets, he noted.

European Union’s shift away from China

At a time when Lithuania got close to Taiwan, Xi started a trade war and told the world— cut ties with Lithuania or we will cut ties with you. Xi fooled himself about his own economic might. He thinks that the entire world wants to trade with China and that the Chinese economy can be leveraged in foreign policy. But the truth is that the world wants to get rid of China and this is what the EU is now making him realise.

Xi thought he would isolate Lithuania. But the EU decided to put all its weight behind its member country and took on China instead. On Wednesday, the EU official journal announced that that the EU will impose extra tariffs on aluminium foil coming from China. The European Commission found that the Chinese aluminium foil benefitted through excessive and unfair subsidies. The tariffs on thin-grade aluminium foil range between 8.6 and 18.2 per cent, over and above existing anti-dumping duties between 6 and 28.5 per cent. China uses such measures to dump its low quality, overproduced aluminium, and other heavy metals.

These tariffs coupled with the international community actively looking for manufactured goods elsewhere have rained bad news for the CCP. In such a scenario, Indonesia’s push towards rejuvenating its manufacturing sector can gain an enormous boost. In line with this, Indonesia’s President Joko Widodo said, the North Kalimantan industrial park is intended to host “high-tech” industries — including producers of sodium ion and lithium-ion batteries, semiconductors, petrochemicals, solar panels and industrial silicone products — and to support Indonesia’s “economic transformation” from heavy reliance on raw commodities to industrialization.

The vision of the Indonesian leader plus the current geo-economic situation presents Indonesia’s private sector to make some bold and smart bets. Adaro Aluminium Indonesia has made one such bet and as the Chinese economic prowess decreases, these early movers will reap the most dividends.